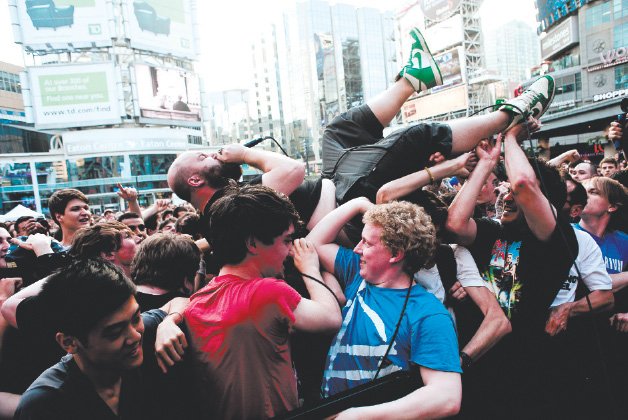 A show featuring mostly emerging artists in a decommissioned subway station is as “underground” as you can possibly get in this city, and yet the presence of Mayor John Tory, Music Officer Mike Tanner and former councillor/then-TTC Chair Josh Colle was a reminder of just how much municipal coordination was required to see the event through. The show – featuring Fucked Up, Deliluh, Tyriqueordie and E-Saggila making full use of the strange space – proved what good can come from the city listening to and working with DIY promoters (in this case, Deliluh’s Kyle Knapp) rather than focusing on the interests of lobbyist groups. It also raised the question: in what other ways can City Hall leverage dormant properties so that, in the face of small venues disappearing, emerging artists still have places to play?  MICHAEL RANCIC 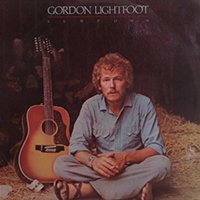 Gordon Lightfoot performs at Massey Hall’s final concert on July 1, 2018 before the venue closes for two years of renovations.

It was especially fitting that the man to close down Massey Hall ahead of its two-year renovation project was Gordon Lightfoot. The three consecutive shows that took place at Massey on Canada Day weekend were a drop in the bucket compared to his already extensive history of performances at the venue: some 160 in total, more than any other musician. Not only were the shows an acknowledgement of the strong bond between the artist and venue, but also an assurance that no matter how drastic the changes are to the Hall in the coming years, it’ll always be The House of Gord. MR 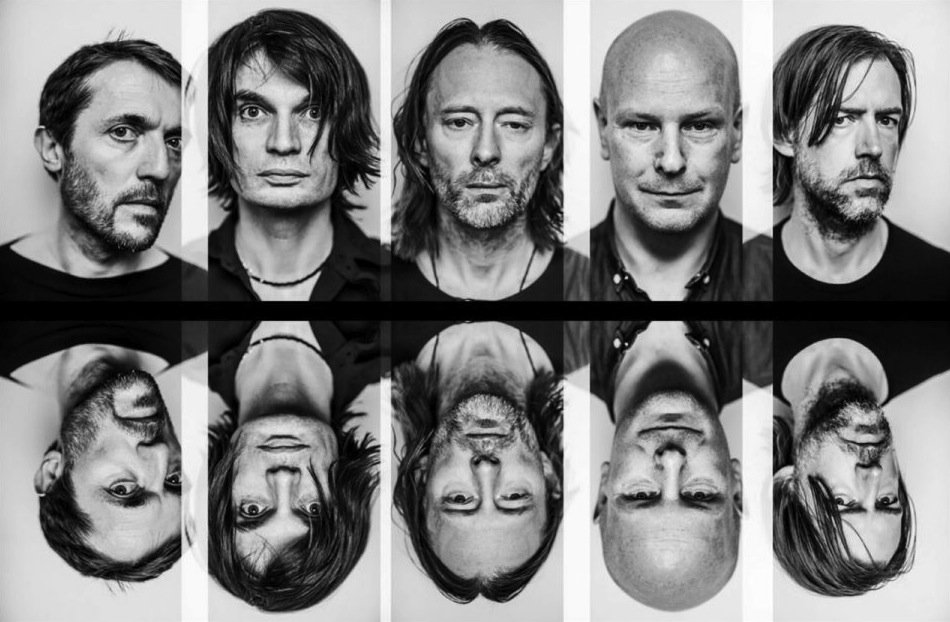 Before Thom Yorke started strumming for the poignant rendition of Karma Police that ended the first of two shows at Scotiabank Arena, he addressed the elephant in the room: the tragic stage collapse of 2012 that killed their drum tech, Scott Johnson, at Downsview Park. “The people who should be held accountable are still not being held accountable,” he said. “The silence is fucking deafening.” It was their first Toronto show in a decade, and it felt both cathartic and still touchy. Rightfully so. But while Johnson’s family and the band continue to search for justice, Radiohead played a career-spanning show that made up for lost time – dreamy, anthemic, experimental and accessible, all with a gorgeous, psychedelic light show. RICHARD TRAPUNSKI

Billy Talent and friends came together for Danforth Strong

After the horrific mass shooting on the Danforth in July, Billy Talent rallied their community for a benefit concert called TOronto TOgether that coincided with Taste of the Danforth. Though the lead-up was maddeningly marred by predatory ticket re-sellers, the event itself was a powerful display of solidarity. Performers (some announced and some surprise guests) included City and Colour, Hayden, Maestro Fresh Wes, Serena Ryder and PUP, and ended with an encore performance by all of them singing the Tragically Hip’s Bobcaygeon, which PUP’s Steve Sladkowski tells us was like “a literal embodiment of Danforth Strong – a poignant closer that I think all of the artists involved will remember for a long time.” RT 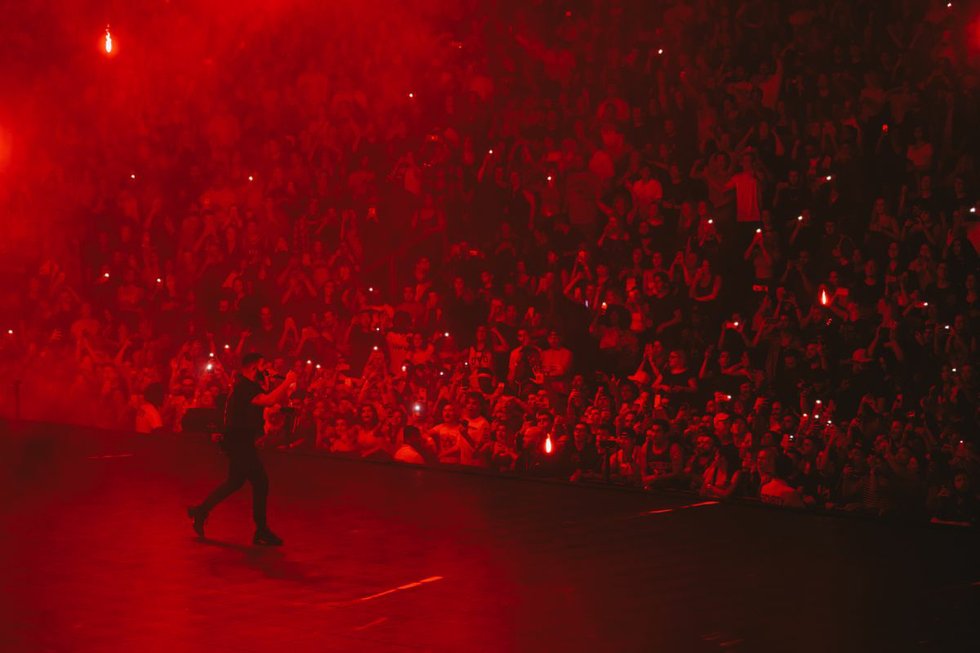 Drake has been making headlines in Toronto every summer for the past nine years with his star-stacked OVO Fest, but not this year. Instead, the hometown hero brought his Aubrey & The Three Migos tour to Scotiabank Arena (minus one of the Migos) for two nights. It was supposed to be three, though. After first postponing the whole leg, he then cancelled the first rescheduled date (August 20), damage-controlling by visiting a young fan in the hospital and saying clearly on video that he skipped the concert to be there. When he finally did play, it still felt special – a spectacular arena rap event complete with projections on the stage itself, a floating luxury car and a surprise appearance by Travis Scott. It was a tour through the last 10 years of his career – which, he reminded us, is also a mini-history of Toronto. RT 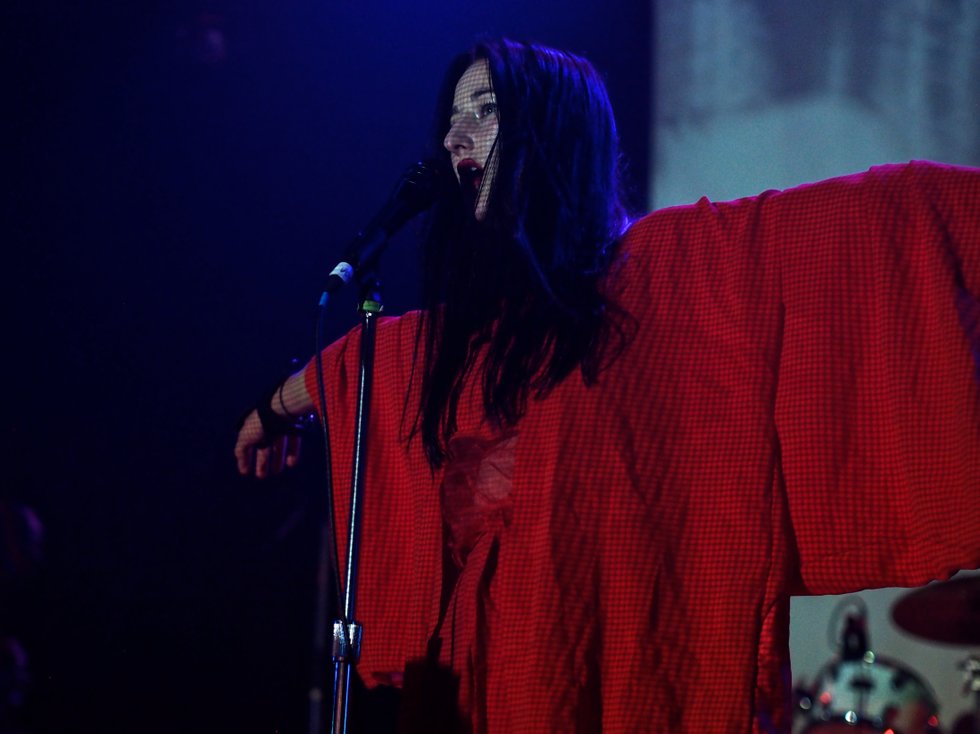 Zola Jesus was one of the headliners of Venus Fest, which had a lineup of all women and non-binary performers.

While CMW and NXNE made news waves with their Keychange initiative pledge for gender parity by 2022, Venus Fest proved just how possible it is to have a dynamic and inclusive bill right now, not four years from now, and with a much smaller budget at that. After panels featuring local emotional-labourers like Kristel Jax and Rachel Romu, the festival was filled to the brim with femme-identifying talent like Moor Mother, OSHUN, Allie, TIKA, Zola Jesus, Partner, Bully and others. They all slayed. KATE KILLET 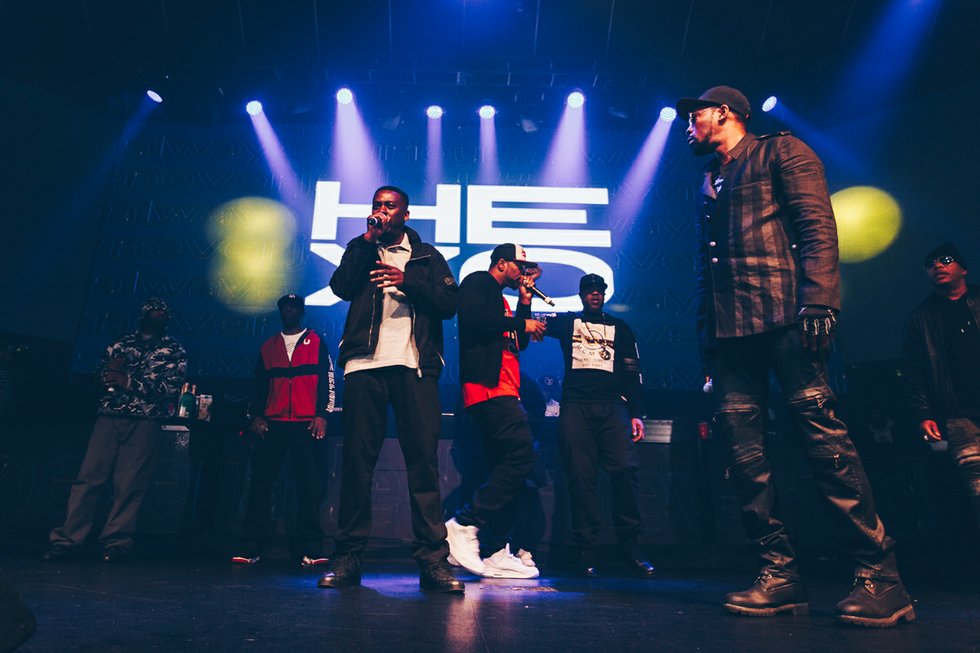 Wu-Tang Clan, brought to you by legal weed

In case you didn’t hear, cannabis was legalized this year. In the lead-up, cannabis companies intensified their branding at music events, while Health Canada issued warnings before and after legalization. Aurora spent much of 2018 presenting country-wide free events, while Tweed seemed to have its name on everything. A cannabis company even brought the surviving members of the Tragically Hip back to the stage. But it was the HEXO-sponsored Wu-Tang Clan concert – featuring all living Clan members playing their legendary debut, Enter The Wu-Tang (36 Chambers), in full – that made us most grateful for the sweet leaf. It was better than anyone could have expected from a free, branded concert – maybe the most memorable show of the year. NICK FLANAGAN

The brawl that ended the Pusha T show

First beers were flying from the crowd – and then punches were flying on-stage. Pusha T’s concert took a violent turn when audience members sabotaged the show mid-performance with a wet display of what the rapper implied was Drake’s paid revenge. Whether or not the conflict was really a response to Pusha T revealing the Toronto rapper’s secret son (among other things) on The Story Of Adidon, the impact is still being felt. Just last week, Kanye West mentioned the show in a tweetstorm directed at Drake, reminding him that one of the concertgoers involved in the onstage brawl is in critical condition. And in a city where venues and promoters are already hesitant to book hip-hop, the incident isn’t helping. SUMIKO WILSON

Check out more best and worst of 2018 stories here, including NOW’s favourite Toronto albums of 2018.