NOW MagazineMusicFeaturesToronto concerts in November 2019: our 15 most anticipated

Toronto concerts in November 2019: our 15 most anticipated 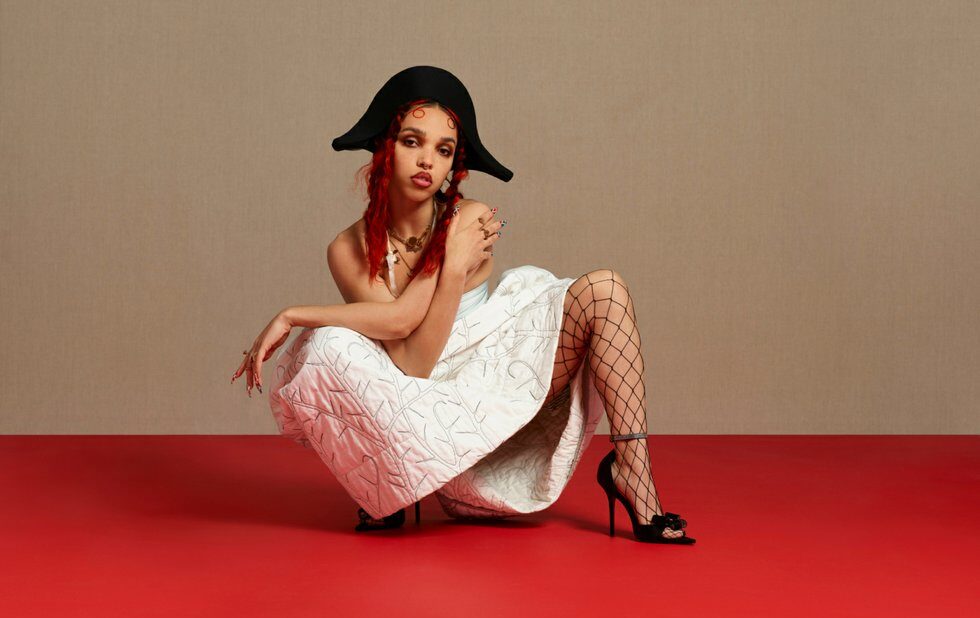 Dream Serenade: November 2 at Roy Thomson Hall: We went long last year to capture the unique spirit of giving and generosity at Hayden Desser and Christie Greyerbiehl’s annual benefit for children with exceptionalities and their caregivers. This year, the warm and fuzzy gala features The National’s Matt Berninger, U.S. Girls, Shad, July Talk, Barenaked Ladies, Donovan Woods and Hayden himself. Expect some surprises, too, and a big group singalong at the end. See listing.

Sleater-Kinney: November 3 at Rebel: Despite the departure of drummer Janet Weiss, this veteran power trio (duo?) of Carrie Brownstein and Corin Tucker are a must-see every time they come through town. And their new album is a total stunner. See listing.

Owen Pallett with Carmen Elle: November 8-9 at Longboat Hall: It’s been a minute since the Toronto violinist/composer put out an album (his last solo LP was 2014’s In Conflict) so these two shows – with DIANA singer Carmen Elle on opening duties – could be a chance to hear some new material. See listing.

Eisbaer Festival: November 15 & 16 at the Garrison: Though the latest age of big summer music festivals seems to have passed in Toronto, interesting niche fests continue to proliferate. Local industrial rock trio Odonis Odonis are launching this new one, which showcases all things dark and synthy. Expect all flavours of goth and post-punk sounds from Adult., Black Marble, Automatic, Dreamcrusher and locals Lee Paradise and one of our 2019 bands to watch, Black Dresses. See website.

Angel Olsen with Vagabon: November 16 at Queen Elizabeth Theatre: Last month, Angel Olsen released her fifth album, All Mirrors, her most cinematic and fulsome take on the haunting folk-meets-riotous-rock-‘n’-roll that she’s built her career on. All Mirrors was recorded with an expansive band, including an 11-piece string section, so expect a big production – she’s promising a “brand new live show.” See listing.

FKA Twigs: November 17 at Rebel: The British singer/songwriter and dancer with an affection for theatrical, Kate Bushian world-building and intricate electronic beats returns to Toronto after five years in support of her Magdalene album, which is out November 8. If she brings along the shoes and the pole from her Cellophane video, this will easily be the most acrobatic pop concert of the year. See listing.

Danny Brown: November 20 at Phoenix Concert Theatre: The Detroit rapper continues to throw curveballs with his new Q-Tip-executive produced fifth album, uknowhatimsayin¿. It’s a laid-back effort that emphasizes self-reflective storytelling and wordplay over the high-intensity bangers Brown generally relies on to carry his live shows. The question is, will he switch up the vibe on this tour? See listing.

The Sorority & Snotty Nose Rez Kids: November 24 at Opera House: Two of Canada’s most exciting hip-hop groups bring their co-headlining tour to town. It will also be the final show from hometown trio the Sorority – Keysha Freshh, Lex Leosis and freshly-minted Polaris Prize-winner Haviah Mighty have decided to break up and focus on their solo careers. So catch them while you can. See listing.

Kim Petras: November 25 at Phoenix Concert Theatre: The last time we caught the German pop star she was performing her arena-strength pop anthems as Troye Sivan’s opening act. This time she’s the headliner, so we’re expecting the sparkle (and outfit change quotient) to be upped accordingly, especially given she released two albums this year: the horror movie-themed Turn Off The Light and non-concept pop album Clarity. See listing.

Partner: November 28 at The Garrison: Josée Caron and Lucy Niles bring their classic rock guitar solos, crunchy alt-rock hooks and goofy sense of humour to the Garrison. On stage, the duo are dizzyingly energetic and charming and they love to shred, so it’s a great way to fight off the early symptoms of SAD. See listing.

Akira with live score by Yamantaka // Sonic Titan: November 29 at Royal Cinema: Forget the forthcoming (and unnecessary) live-action remake and see one of the most beloved anime movies of all time with a live score by proggy Toronto band Yamantaka // Sonic Titan. It’s an appropriate pairing given drummer/group leader Alaska B described their last album, Dirt, as the equivalent of a straight-to-VHS sci-fi anime movie. See listing.

Brockhampton, Slowthai, 100 gecs: November 29 at Coca-Cola Coliseum: Hip-hop boy band Brockhampton always put on a fun and chaotic live show, and this time around they’re bringing along a pair of opening acts with the same “I gotta see what this is all about” hype they once had. We’re especially curious about 100 gecs, a Chicago duo that sounds like the late-90s/early-2000s internet exploded into a SoundCloud stream. See listing.

Cher with Nile Rodgers & Chic: November 29 at Scotiabank Arena: The Queen of Farewell tours brings her Here We Go Again show to Toronto… again. If you need some Las Vegas-level spectacle in your life but a plane ticket isn’t in the cards…you know what to do. The wig room is fully stocked and the setlist is career-spanning. Nile Rodgers, no stranger to hit records, is also returning the opening act. See listing.