Expect the vanishing venue crisis to get more urgent and the fight for space to get more political, plus a focus on climate change and mental health 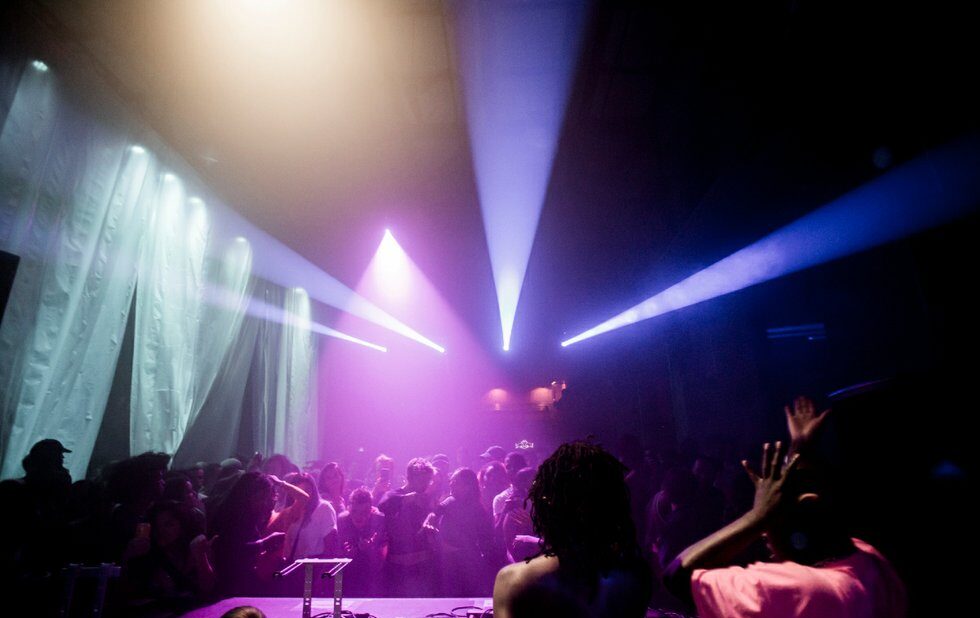 Red Bull Music Festival's DJ-spanning Encounters party showed off the vitality of Toronto's DIY scene, which will continue to assert itself in 2020.

A new decade dawns and everything feels possible. Music is shifting in all sorts of unpredictable ways and Toronto is growing to unprecedented levels. Are we growing too fast, and in unsustainable ways? Do music listeners and artists have more power, or are our personal tastes and fandoms being monetized in cynical ways by big tech companies? Can local music culture sustain itself on an independent level?

Pop music is broader than ever. In 2020, the popular sounds are no longer dominated by Swedish pop song machines and melodic math, but the sounds of K-pop, Urbano, Afrobeats, Chinese hip-hop and artistic output from all over the globe. Those are increasingly the biggest tours to hit Toronto. For all the harm it’s done, the internet has made music as global as it’s ever been.

Here, the breakout stars of the last decade have glommed on to those global sounds (See: Despacito and One Dance), but it’s also happening from the ground up. CanRock, a subgenre once dominated by folk, alt and indie rock, has broadened to reflect the diversity of voices and experiences in the country. Now, some of the most exciting bubbling-up music is in Spanish, or Inuktitut, or Tagalog, or intermingled Jamaican patois and Somali slang over hard trap beats and UK grime flows.

It’s more wide open than ever. 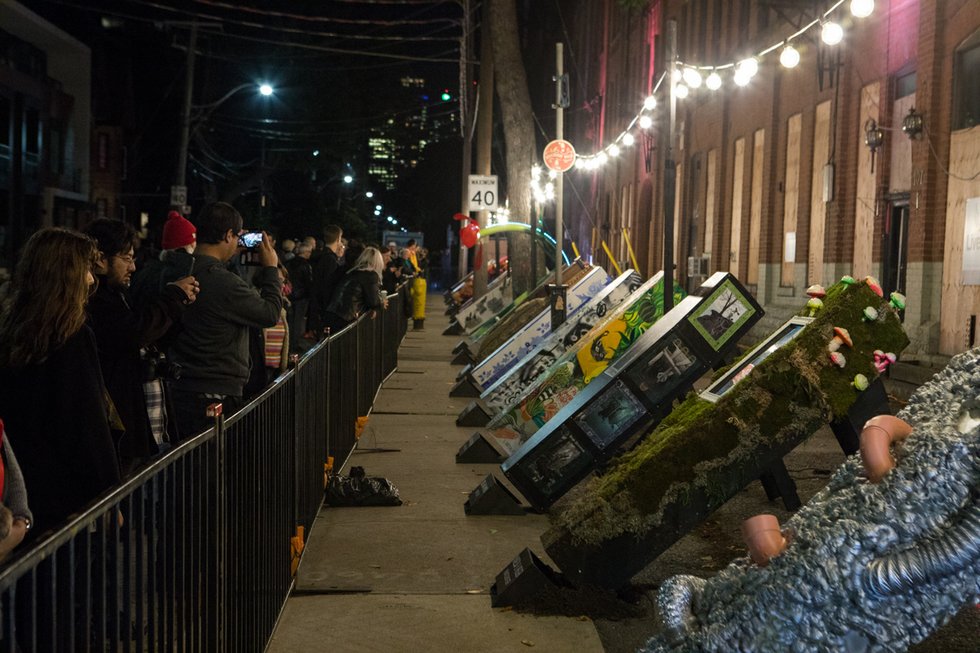 Evicted former tenants of the Coffin Factory commemorated the loss of the studio space with custom coffins at Nuit Blanche. Will arts and music spaces continue to disappear?

Toronto had a vanishing venue problem for a good part of the last decade, and that problem hasn’t been solved as we move into a new one. Rising commercial rents and unfettered gentrification are replacing the scrappy punk houses and warehouse dance clubs with drugstores and upmarket restaurants, and it’s hard not to feel powerless – especially when the most marginalized artists are the most susceptible to getting squeezed out.

Some artists have literally left the city, living cheaply in surrounding Ontario spots and commuting in, or finding new communities in new locales. Others have turned physical spaces into areas of community protest, like the DIY Asian arts community Tea Base, which formed on Spadina in opposition to the rising gentrification of Chinatown (and which will co-curate this week’s Long Winter), or the artistic funeral processions that have met the closure of the Coffin Factory.

Other community stakeholders have taken the more official route, working with the city’s music office or joining the Toronto Music Advisory Committee to help develop infrastructural solutions. The city, meanwhile, has recently appointed a Nightlife Ambassador, councillor Michael Thompson, who is looking into the feasibility of 24-hour licensed venues and launching a pilot for a new arts event permit that allows pop-up performances and events in unconventional spaces. He’s also promised to work with DIY organizers and non-profits to establish best practices for an inclusive nightlife culture. How will he work with the existing communities? 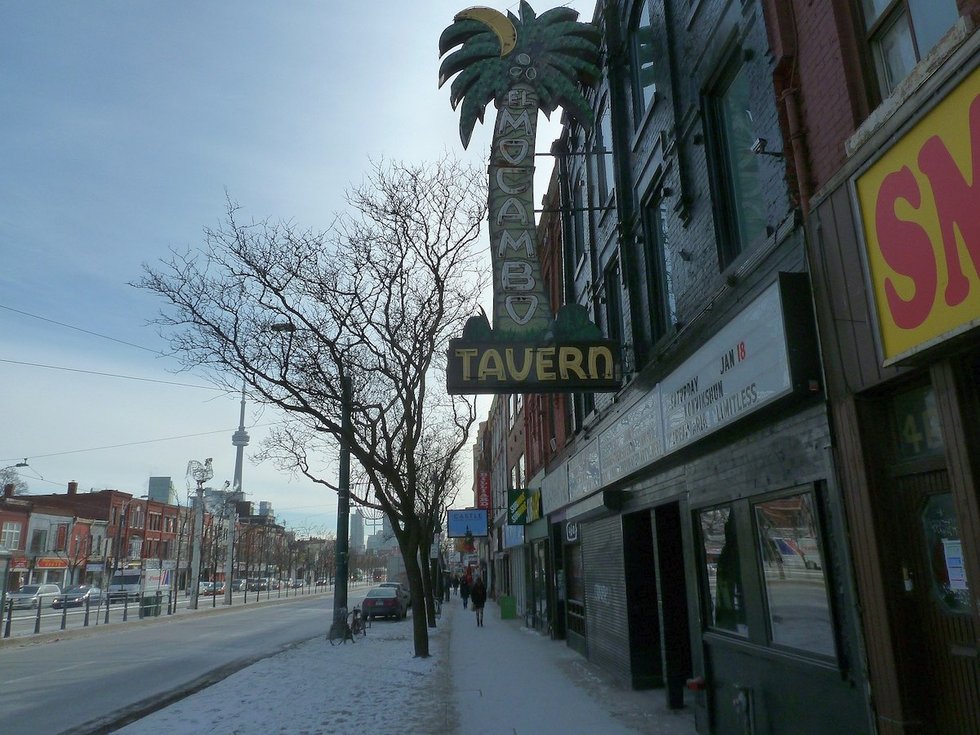 When the El Mocambo finally reopens, it will be wired for high-quality live-streaming at all times. A sign of things to come?

With algorithmic discovery and playlists designed for specific situations like your morning commute, music has been undergoing a push toward personalization. It’s also become a lot more siloed. But, despite the ubiquity of Apple’s impossible-to-keep-in-your-ears wireless headphones and the collapse of Toronto’s mega-festival market, there’s still a palpable yearning for big collective musical experiences.

You can see it every time there’s a marquee surprise album drop and all the memes start rolling in, and you can also see it on YouTube’s annual Coachella live-stream. That broadcast, affectionately called Couchella, accounted for one of last decade’s most indelible concert moments: Beyoncé’s 2018 headlining set, which later became the basis of her Homecoming live album and Netflix special. I’ve been surprised there hasn’t been a festival that’s swooped in to do specifically that: turn that all-in-this-together festival experience virtual.

It looks like that’s part of Michael Wekerle’s plan for relaunching the El Mocambo. The eccentric owner/Dragon’s Den personality has been promising an imminent opening basically since buying the historic venue in 2014 and sunk a reported $28 million into the renovations. Now, as reported by the Globe and Mail, he’s invested in a Toronto company called CYA, which will wire the entire venue, from the stage to the dressing rooms, for high-quality live-streaming. So, though they’ve talked about providing a stage to up-and-coming bands, they’re also hoping to get some major acts to roll through and reach a much bigger set of eyes than the ones that fit in the venue.

Could it be a sign of things to come? 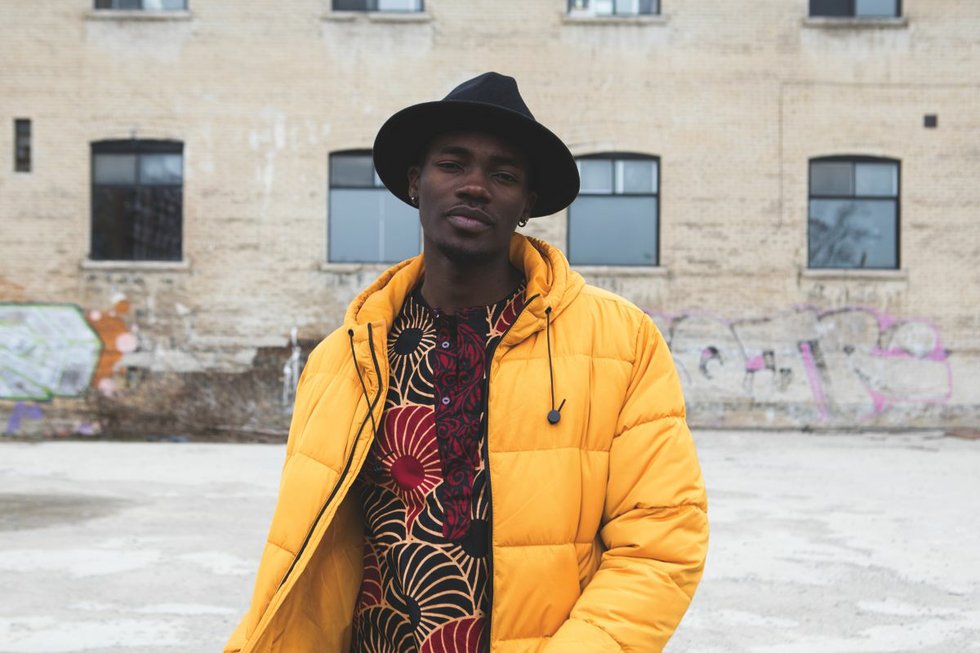 TOBi is one of many local artists pushing the conversation on mental wellness in the music industry.

A long-overdue conversation has made its way into the music industry: the toll that the musician lifestyle can take on people’s mental health and the responsibilities that employers like record labels might have toward its contract labourers. Initiatives like Royal Mountain’s mental health fund have stepped up for specific artist rosters, while organizations like Unison Benevolent Fund, Workman Arts and Over the Bridge help connect artists with resources related to accessible mental health and addiction services.

Still, with the music revenue model reorienting toward streaming and widening the value gap, a life on the road is becoming more and more of a necessity for much of music’s lower and middle class – and that is typically not a healthy lifestyle. Some musicians, like Clairo and CupcakKe, have cancelled tour dates for that specific reason. That’s an upside to the destigmatization of mental health conversations, which are happening across the city’s music scenes by punk bands like PUP (who talked about it in last year’s cover story), and rappers like TOBi, who led an open conversation on mental wellness called Unpack, featuring speakers like Haviah Mighty and the Remix Project’s Gavin Sheppard.

Expect those conversations to intensify.

And more discussions about climate change

So, the world is burning. That’s obviously a bigger discussion than music trends, but music, like anything else, has an environmental impact and that’s going to end up under the microscope more and more. Music streaming doesn’t rely on factories or pressing plants, but its impact on global warming is actually more devastating than vinyl, CDs or cassettes were at their peak. There are other reasons for artists to take a stand against big companies like Apple, Spotify and Amazon, but expect this to become an area of scrutiny.

Touring also has its environmental impact, and huge industry juggernauts like Coldplay have spoken up about the need to reduce the carbon-burning reliance on tour buses and airplanes. But many working artists don’t have the option to just stop touring. They’ve implemented solutions like power-reduction programs and carbon offsets, but the issue is not a lifestyle issue – it’s structural, and should flow from the top down.

A musician’s most powerful weapon is their voice, and they’ll continue to use them to talk about the urgency of climate change. Expect more initiatives like Elephant In The Room, the music and climate discussion series launched by the Weather Station’s Tamara Lindeman at Burdock last year.

What about local arts coverage?

In her look back at Toronto music in the 2010s, Anupa Mistry diagnosed a problem the city has in regards to its own culture: mass forgetting. Documentation is disappearing. While many independent publications have shuttered, even the major newspapers and broadcasters have slashed arts coverage – and by all accounts, that’s only set to worsen. Much has all but abandoned music, for one, and the MMVAs, the TV station’s annual marquee awards show, didn’t even happen last year. Entertainment sections are an endangered species in newspapers.

There are some bright spots. BeatRoute recently joined Exclaim! as a free monthly music magazine in Ontario, while Flow 93.5 is focusing more than ever on the city’s homegrown R&B and hip-hop scenes. ISO Radio is an independent internet radio station giving voice to some of the city’s more interesting and under-documented micro-scenes. There are a ton of panel discussions about music in the city at incubators like Hxouse and the Remix Project, and those are starting to occasionally come out as podcasts. There’s even a mini-revival of zines. Can more independent initiatives step up to fill the void?

Get ready for a lot more 2000s nostalgia