A look at six local noisemakers buzzing through the punk, metal and rock scenes 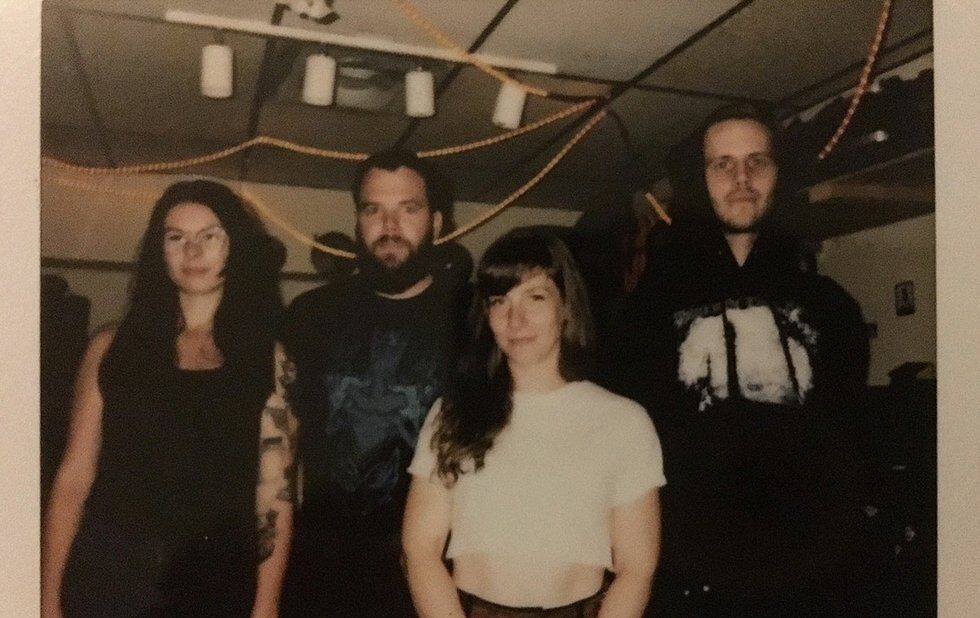 It’s exactly the right moment for a feminist metal band to take the reins of our heavy music scene. The self-described “patriarchy-smashing, ally-creating heavy, heavy, heavy Toronto band” are primed to do just that, kicking off the year with a blazing show at Smiling Buddha and the release of their second video, See It Burn, in all its jam space intensity. After that comes work on a follow-up album to 2017’s self-titled debut record and a summer tour. “Oh, and hopefully we’ll have burned down all the patriarchy by then,” says singer Kirsten White.

Michael DeForge and Patrick Kyle may be better known for their acclaimed work as comics artists and illustrators than for their output as hardcore punk musicians. But truthfully, they’ve been consistently active in Toronto’s HC scene for years. Now that their two-piece Creep Highway project has come to a calamitous close, they’ve regrouped to form the four-piece Moul D., whose high-energy, lo-fi six-song demo cassette came out in November. Six songs in under six minutes. Show up early for their sets because it’s a blink-and-you-missed-it kind of deal. Two shows will be announced shortly.

Cellphone have gone through a few sonic transformations over the years, but they’ve landed on a terrific metal/punk hybrid perfectly encapsulated on new album Sinister Realities, released on January 25. After an atmospheric sci-fi intro, it’s all breakneck guitar solos, psych groove tangents and feral-cat-at-the-bottom-of-a-well vocals. They call it “future thrash for the present.” The five songs were recorded by Steve Chahley and produced by Toronto’s busiest drummer, Jay Anderson.

WLMRT have been busy. In the last two months, the abrasively noisy punk four-piece who excel at memorable song titles (I Quit Jack Astor’s, I Don’t Like Patios, Roadway To Heck) contributed to a four-band split 7-inch with Deathsticks, Nightbummerz and Nüshu, tackled a mini Ontario winter tour, landed an opening slot on Yamantaka // Sonic Titan’s album release party in March and announced signing to the newly regrouped local DIY label Pleasence. New music is on the way this summer.

We’ve been awaiting more tunes from Joncro since last summer’s single Juez Judy, and it turns out their arrival is forthcoming. The noisy Mississauga garage rockers have two songs on the way by early March, are releasing a split EP with Blankscreen this spring, and are prepping their debut full-length for summer. Frontman Daniel G. Wilson is also hard at work pulling together the second edition of Festival Lingua Franca, his DIY event dedicated to loud bands showcasing non-white members, with a particular focus on Black, Caribbean and Latinx communities. Last year’s happened at the all-ages venue/vegan cafe D-Beatstro, which closes this week, so it’ll be interesting to see where it lands this year.

Speed metal dudes Chainbreaker finally have a record coming down the pipe in spring/early summer via Cleveland’s Hells Headbangers label. According to guitarist Ian Kilpatrick, who co-runs heavy metal record store Stained Class in Parkdale, the album is “more of the same, for fans of Razor and Driller Killer.” Bonus: unlike their demo, it was recorded with more than two microphones. Kilpatrick reports that his other band, power trio Cauldron, also have a new album coming out in spring/early summer on The End Records. “It has some of our strongest songwriting yet,” Kilpatrick says, “and should still give all those people who hate Jason [Decay]’s voice more to complain about.”

Check out all our other editions of Ones To Watch here.