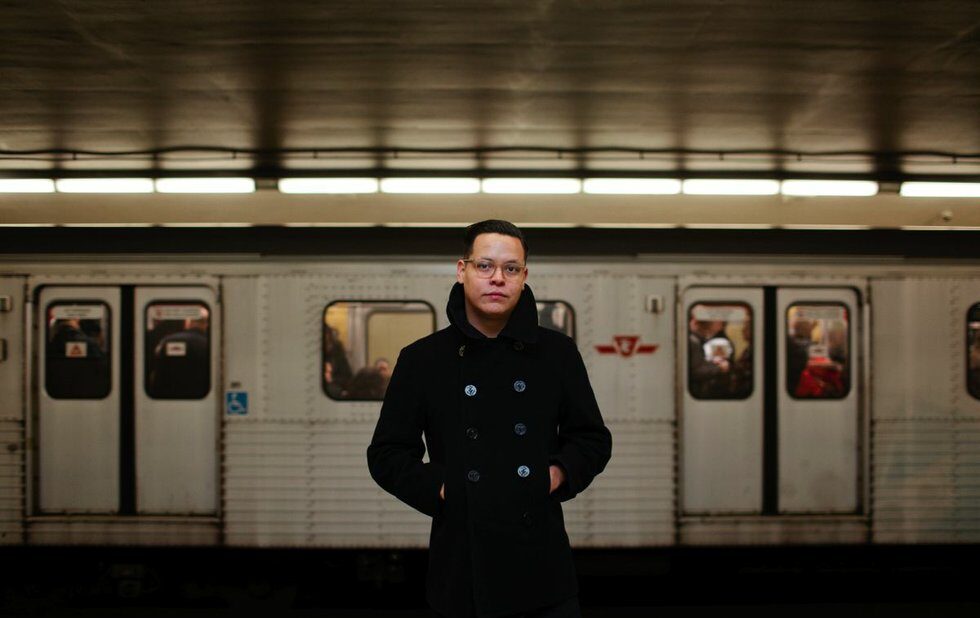 After five years of playing bass with London punk rockers Single Mothers, Evan James Redsky has turned – or returned – to what he calls Native Americana. Inspired by his Ojibway heritage and songwriters like Gillian Welch and Lucinda Williams, his upcoming Danny Wolfe EP (out February 2 and currently streaming on his website) tells stories from three different Indigenous perspectives, including that of Danny Wolfe, ex-leader and co-founder of the Winnipeg street gang the Indian Posse who died in prison in 2016.

In October, Newfoundland’s Hey Rosetta! announced that their December shows in St. John’s and Toronto would be their last for the foreseeable future. The gigs here almost instantly sold out. But along with news of the seven-piece indie rock band’s indefinite hiatus came the promise of a debut solo album from frontman Tim Baker, who, with Toronto as his home base, has been writing and recording with producer Marcus Paquin.

Dwayne Gretzky and O’Pears singer Lydia Persaud has recently – and rightly – found herself in the spotlight for her October debut EP, Low Light, and the soulful single of the same name. The knockout vocalist (and Humber jazz grad) has sung backups for Lee Fields (!), Jill Barber, Royal Wood and more. It’s high time we get to hear her front and centre.

Collette Savard and the Savants

Collette Savard (who I’ve become friends with since discovering her at Winterfolk in 2011) has undergone a massive transformation in the last couple of years. Though the North Bay native has been playing around Toronto since moving here in the early 2000s (she has a trio of solo albums, starting with 2005’s Most Improved Cheerleader), the Savants is a whole new band. With it, she’s traded in a folkier duo sound for funky, jazzy Steely Dan-esque arrangements care of bassist and producer John Switzer and percussionist Rebecca Campbell (both of whom are former Jane Siberry collaborators). Also on board: drummer Martin Worthy (Paul Quarrington), his daughter, keyboardist Megan Worthy, and guitarist Tim Posgate.

Local crooner Graham Nicholas is set to follow up his 2014 album, Sometimes Chicken, Sometimes Feathers, which earned him comparisons to John Prine, with Dial Tones And Pretty Notes, which has a twangier, Byrdsy sound. A storytelling songwriter, Nicholas sings with empathy and humour from the perspective of lonely and downtrodden characters.

It’s been quite the first year for Toronto duo Moscow Apartment. Brighid Fry and Pascale Padilla, who both attended Girls Rock Camp Toronto at different times, have already launched a debut EP (produced by their mentor Samantha Martin), played the folk festival circuit and picked up a Toronto Independent Music Award for best young songwriters and a Canadian Folk Music Award for young performer of the year. Citing Joni Mitchell, Big Thief and Nirvana as influences, Fry and Padilla sing about stuff that matters to them – Annie, for example, is about “twisted body images.”