NOW MagazineMusicFeaturesListen to the original Raptor Foot, a new anthem for the Toronto Raptors

Listen to the original Raptor Foot, a new anthem for the Toronto Raptors

The reggae song from Scarborough's General Genius, which began as a viral stomp captured outside the arena, is celebrating our moment at the NBA Finals 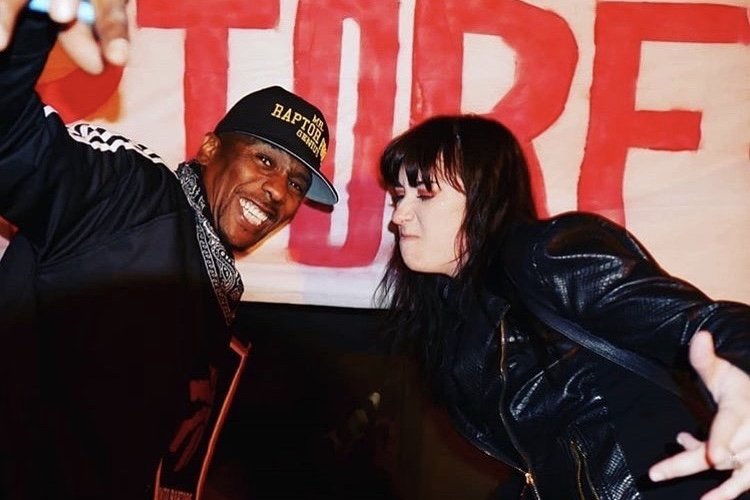 That’s the sound making the rounds (again) on social media celebrating the Raptors as they continue their run against the Golden State Warriors in the NBA Finals.

Content creator Tresor Gray posted his song and video, Raptor Foot, on Wednesday. Gray, a Guelph-Humber grad who has amassed an online following over the years for his comical and musical skits, quickly produced a beat and freestyled the song after seeing Twitter video of Scarborough-based musician General Genius, who started this whole thing.

CTV reporter Sean Leathong recorded General Genius when he was performing on the corner of University and Front just before Game 1 of the Finals last Thursday. In the video, General Genius, whose real name is Bob Turner, can be heard chanting “Raptor Foot!” while doing a little stomp, his reggae tune and dance coming together Elephant Man-style. He then transitions into chanting “History!”, celebrating the Raptors momentous first shot at the championship

Tresor saw Leathong’s video and sampled Turner’s “Raptor Foot” chant for his song. Turner had actually recorded his own full version to Raptor Foot but wasn’t as quick getting it online as the young’un Tresor.

But we’ve got it here, so listen and stomp.

Turner is getting a Raptor Foot video ready for when the finals return home to Toronto.

The Jamaican-born performer has been singing, in dance halls and at Caribana, and hosting parties since he arrived in Canada in 1985. Raptor Foot isn’t even the first tune he belted out for Toronto’s team – 24 years ago, he made a song with the chorus, “I made the girl dem admire, more than Damon Stoudamire.”

Raptor Foot began as a bespoke cheer for Turner.

“Whenever they’re down, I would be stamping my foot,” says Turner, describing the chant as a good luck charm, like his Rabbit’s Foot.

He recalls a time at a bar on Kingston Road when he began stomping. Everyone looked at him funny, and he yelled back, “What??? It’s the Raptor Foot.”

And then Toronto hit a three-pointer.