“What I’m not okay with is getting on the hamster wheel and trying to churn out an album every two years and do the whole rigamarole. I’d rather put a fork in my eye." 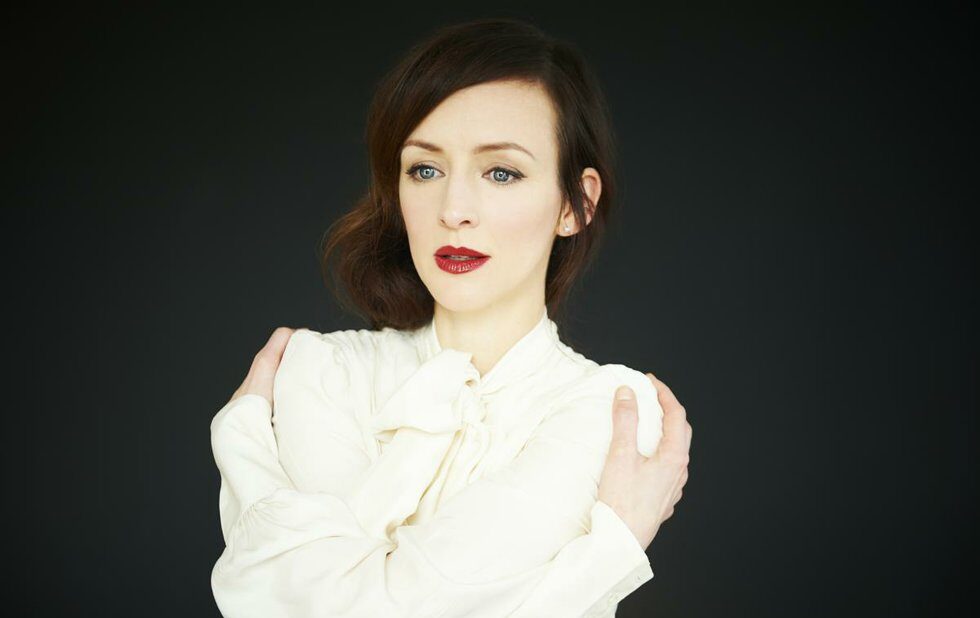 It’s been 20 years since Toronto singer/songwriter Sarah Slean introduced audiences to her emotive music with Universe, a cassette of starlit piano ballads. She would often perform those early songs around town at C’est What, Ted’s Wrecking Yard, the Rivoli and the many other small rooms that came to form the nucleus of a burgeoning indie scene.

Fast-forward two decades and much has changed – many of the venues and musicians of that era have disappeared, but Slean continues to make music after navigating the major-label system early in her career and then returning to her indie roots in recent years.

Turning to her diehard fanbase to crowdfund her new album Metaphysics (a process Slean says she appreciated but is unlikely to revisit after toiling for months to create special handmade offerings for pledgers), Slean continued pushing her pop-noir sound in the classical-pop direction of her 2011 double album, Land And Sea.

Following her divorce from fellow musician Royal Wood (movingly chronicled on Metaphysics track Not In Vain) in 2013, Slean bought a farm outside Toronto and began the tough work of slowly rebuilding not only the old farmhouse, but herself. It wasn’t until she sold the place and returned to the city that the musical spark was reignited when she found herself teaching piano to her then-landlord’s young son.

“It was an awakening, because I’d become so embittered about music,” Slean recalls. “My relationship to it had become so sick and toxic – the culture of narcissism, the business aspect of it, which can be shady at the best of times. It just didn’t give me a lot of faith in that whole world.

“And then it was just a smack in the face. Music isn’t [those things]. Music goes back to the beginnings of human culture. Music is integral to our being – our heart makes rhythms for 90-some-odd years. I was like, ‘How have I lost this?’”

Slean no longer sees herself as part of Toronto’s indie scene (“It should be for young people. That’s when your creativity is just lighting up”) but she looks back fondly at a time when peers like Feist, Sarah Harmer and Emm Gryner, all of whom have carved out long-standing careers on their own terms, were still trying to get their music heard.

“Getting older is that liberating force,” she says. “I no longer have to feel that my worth is tied up in some kind of image. I see how other women [like Sarah Harmer and Neko Case] do it and I’m really inspired by that.

“There are choices made at every turn in the road. I feel like music has been making the choice for me – it keeps coming to me. But if it’s 10 years between the next record, then it’s 10 years. I’m okay with that now,” she says.

“What I’m not okay with is getting on the hamster wheel and trying to churn one out every two years and do the whole rigmarole. I’d rather put a fork in my eye. I’m trying to follow what it is that quickens me. I don’t want to make music just because I can – there’s more than enough music out there.”