From Raptors anthems to a reggaeton time machine to the city's own Yeehaw king, these are the songs to fuel your next patio day 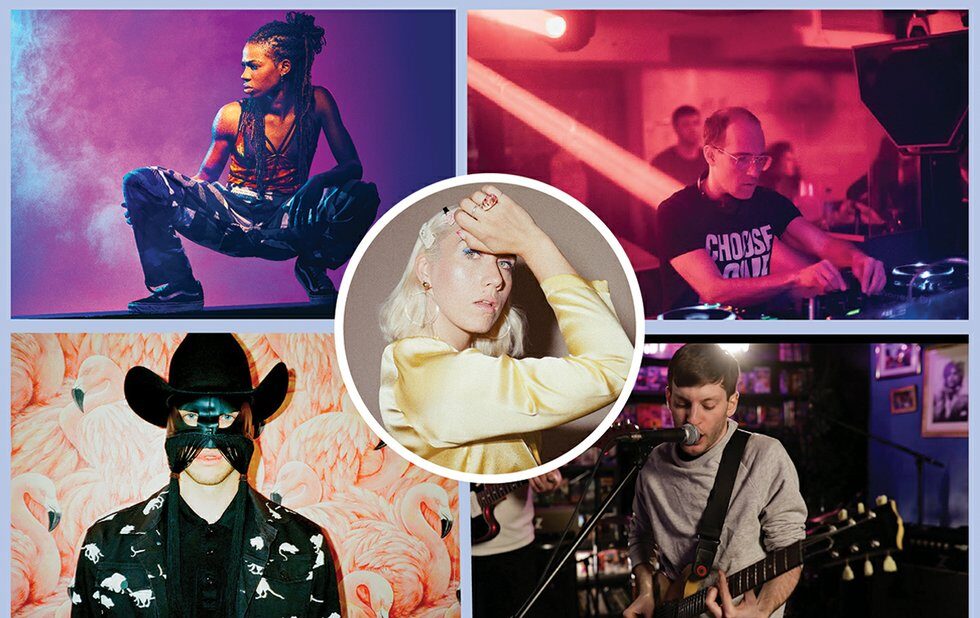 The Brampton-born rapper’s 2019 album 13th Floor is full of bangers, but Wishy Washy is the timeless summer jam of the bunch. It’s an infectious dancehall-inflected kiss-off duet with her sister, featuring references to Lauryn Hill and the Fugees and a light and sunny beat courtesy of co-producers Taabu and A Tribe Called Red’s 2oolman that you could easily imagine looping throughout July and August.

The summer of 2019 will always be defined by the Raptors’ first championship. And sure, Kawhi Leonard’s departure to the Los Angeles Clippers might have us all feeling like we’ve gone through a collective city-wide breakup, but we won’t Kawhi a river this summer – we’ll be stomping along to this reggae anthem from Scarborough’s General Genius in our OVO championship hats and “Got ’Em” shirts. This is the dip for our chip.

You live long enough and you see Snow’s Informer live a second life as the basis of a reggaeton smash. The white reggae artist from Scarborough first hit with the song in 1992, and since Puerto Rican legend Daddy Yankee tracked him down for a bilingual, patois-filled border-crossing song it’s been given new life – one that’s largely swallowed the initial cultural appropriation baggage into a bigger worldwide conversation (unless we’re talking about the Katy Perry remix, which is just, well… umm…)

With his crate-digging DJ project Daphni, Caribou’s Dan Snaith has dug up a 1981 disco-funk tune from Bermudian band Paradise, jacked up the tempo, given it a serious beat and turned its indelible groove into one you’ll be hearing at every club and dance tent at every festival this season. And with good reason. Snaith doesn’t live in Toronto these days, but we’ll still claim this song for this list because, c’mon, it’s literally called Sizzling.

Sydanie: I Want U 2 See This

Post-punk electro duo Ice Cream are set to release their sophomore album later this year, but until then we’ve got this delectable new single to tide us over. Fusing abrasive drum machine beats and ice-cold synths with a biting guitar riff, Peanut Butter is the futuristic soundtrack for dumping your summer fling and then going pool-hopping with your gang at Christie Pits.

Nyssa: I Don’t Want To Live On The Moon (Without U)

Badge Époque Ensemble: You Can Build A  Palace, Or You Can Please People

A summer banger needs to be effortlessly catchy, embolden even wallflowers to get up and move and it should have a chorus that’s equally built to be scream-shouted in the club or hummed alone in the car. Pop purveyor Ralph’s new single, Gravity, hits all those notes. Anchored by silky vocals, the 90s house groove, which yes, was inspired by Electric Circus, is instantly danceable. It’s the first song from her forthcoming EP due out this October, just when we need a punch of warm synth pop to combat the post-August blues.

Toronto’s own ambassador of the Yeehaw Agenda (as popularized by Lil Nas X, Cardi B in chaps, Kacey Musgrave’s rhinestone bodysuits), Orville Peck’s debut Pony brims with shoegaze-inflected country songs about the outlaw life, traversing the badlands, heartbreak and loss. Dead Of Night opens like a cowboy standoff and showcases Peck’s yearning croon. He just played the Calgary Stampede (naturally) and will spend the rest of the summer on the festival circuit. Old Town Road is the world’s yeehaw song of summer, and this is ours.

The local band and recent cover stars are breaking out even more with their recent album Morbid Stuff, which is about to take them to their biggest headlining show in Toronto at its ultimate summer venue, Echo Beach. And this is their ultimate self-deprecating summer pop punk song, with a shoutable hook, a guitar solo and “ooh-ooh” breakdown. It’s triumphantly sad, which if Lana Del Rey and her reoccurring hit Summertime Sadness has taught us anything (probably the first time PUP has caught that comparison) is a real seasonal vibe.

Nikki Fierce: Made For You

Below, check out our Toronto Songs of Summer Edition of #NOWplaying, our weekly playlist of new local music. This month, #NOWplaying is powered by Toronto Fringe, whose free PS: Music Fest continues on the Postscript Patio at Scadding Court until July 14. Find the full lineup here.