It looks like a community centre or a campus inmates live in shared housing, wear their own clothes, order. 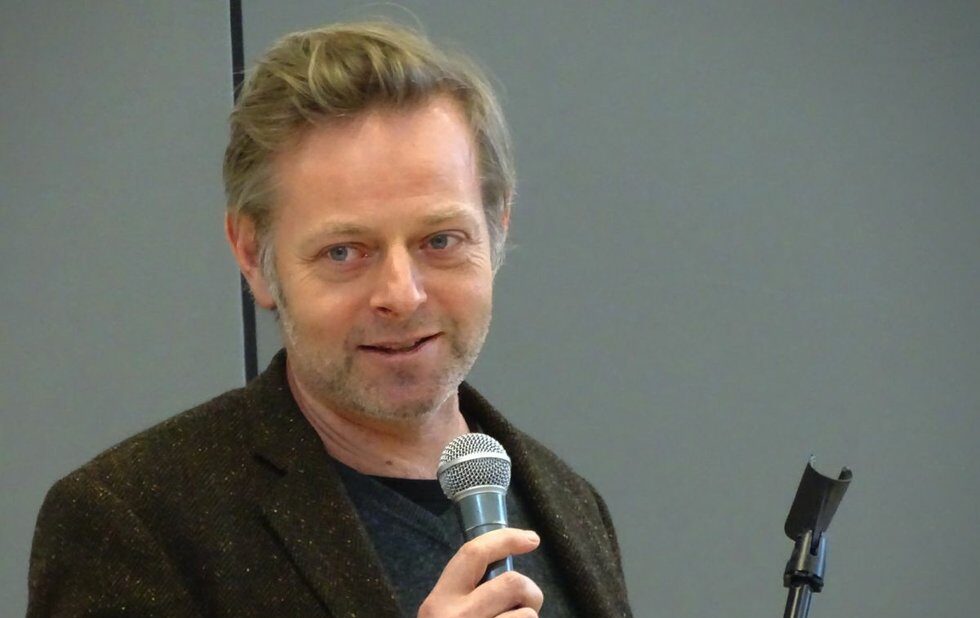 It looks like a community centre or a campus inmates live in shared housing, wear their own clothes, order groceries once a week but Kitcheners Grand Valley Institution for Women is a prison.

We can walk around [between buildings], an inmate tells me, but we cant leave.

Were sitting in a gymnasium set up for a special International Womens Day program International Broads Day as mentor/producer John Copping jokes by way of introduction. Its an unlikely location for a CD release concert/listening party. As part of the Pros and Cons program, which brings musicians and producers into prisons to work with inmates, a group of women from GVI is celebrating the launch of Undisclosed Location the first album to be written and recorded at a federal womens prison in Canada, and the second to be made through the Pros & Cons program.

As the record is played, ripples of recognition run through the crowd there is excitement, smiles, kudos and bashfulness as the women hear the finished songs for the first time. The album which is free to download, though listeners are encouraged to donate to charities of the participants choosing is credited anonymously to protect the womens identities, but inside they know who is singing.

During the drive from Toronto to Kitchener, Pros & Cons founder Hugh Christopher Brown (formerly of the Bourbon Tabernacle Choir and currently involved in running Wolfe Island Records) explained that he started visiting prisons about six years ago in response to cuts to programming by the then-Conservative government. In Kingston, the prison farm program supplied food to the prisons, donated to the local food bank and boasted an incredibly low recidivism rate. Brown wanted to do something to help fill that programming gap at Joyceville mens prison, and, being a producer, multi-instrumentalist and songwriter as well as a social justice advocate, proposed a music program.

Fast-forward a few years and the program, as well as its first album, Postcards From The County (recorded at Joyceville), have been the subject of an article in roots music journal No Depression, a TED talk and an episode of CBC Radios spiritual program Tapestry. Brown has plans of expanding the program to other institutions across the country.

In Kitchener, Brown teamed up with Copping, who had been doing her own music work with youth in underprivileged neighbourhoods. Since the summer of 2017, Copping has held weekly music sessions with a revolving group of inmates at GVI working on the recordings that would become Undisclosed Location.

Presiding over the launch party like a nervous and proud mother hen, Copping, tall and androgynous in high-heeled, shiny black boots, says that the songs on Undisclosed Location are so honest it hurts, but thats why Chris and I came here.

She compares the music to Bing Crosbys Birth Of The Blues, which sounds like it was written in a prison, but in fact was written by professionals. Thats from the Fake Book, she says. This is the Real Book.

Two former participants now serving time out west share their congratulations in a letter, saying that Pros & Cons was an empowering experience that gave them skills and a voice. In addition to playing, writing and singing, participants also help with the technical side of production (for the IWD event, a new sound-engineer-in-training was helping out). Emotions are something we learn to hide, the letter read. This was a space to express them without fear.

The material on Undisclosed Location is far more keyboard-oriented than the folkier Postcards From The County, in part due to the instruments available and in part thanks to the respective producers. (Copping is a synth person, Brown more of a roots guy.) Unlike Postcards, which was a mix of originals and covers, the women at GVI wrote all the songs, kicking off with a spoken word piece called Demons and moving through folk, gospel, country (Running Back To You sounds like a wry/sad Magnetic Fields country song) and electronic music.

The singer of the Bjork-like Secret Survival in which she sings, How can I dream to survive? tells me that she plays piano but she never wrote songs until participating in the program. Her songs started out as poetry. You have a lot of time for quiet reflection here, she says.

Others, like Empress (a stage name), had experience with songwriting going in. She wrote the soulful Lost when she was only 13 or 14 but I didnt have a finished product until now, she says before singing it for the crowd. Like some of the songs on Postcards, Lost is about faith, but Empress sings it with an R&B/choir voice that recalls Tracy Chapman.

After the concert, she tells me that shes co-written songs before (she specializes in vocal hooks leading up to choruses) but has never asked for credit. She could become a Pros & Cons graduate/ambassador soon: shes due to be released next month and wants to pursue music while she studies to become a hairdresser.

After the launch, we walk out through light snow to the music portable. The women show me where some of the magic takes place. (The program moved around in the multi-faith chapel and gym before it got a dedicated space.)

Its modest a few little rooms in which to play keyboard or guitar, some still set up to receive overflow prisoners if necessary but it represents a space for private creativity. In an institutional setting like this, thats all too rare.