After a five-year hiatus, the trailblazing party founded by late artist Will Munro is back for a one-off Pride event with a lineup that spans generations 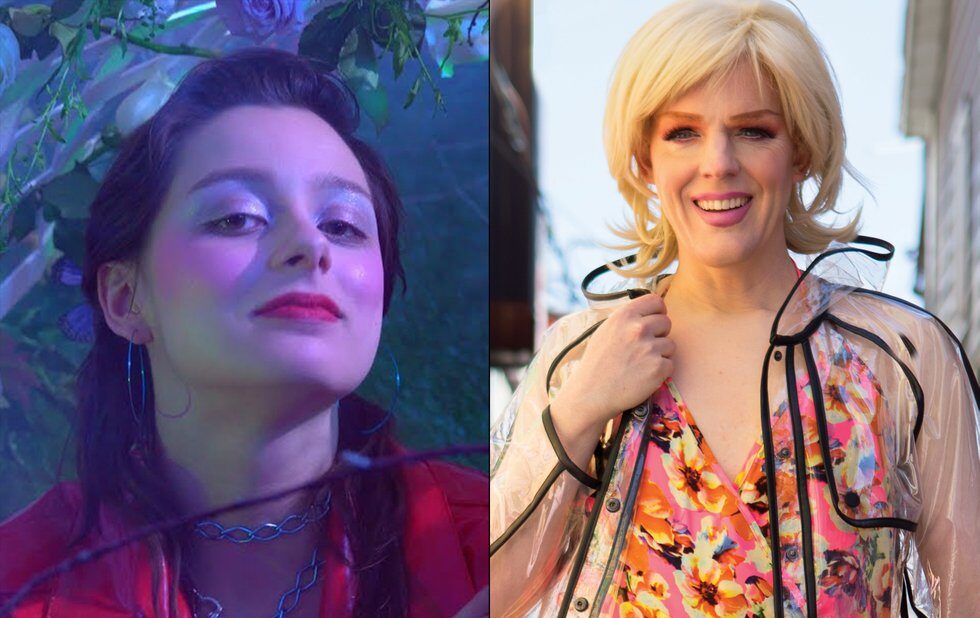 Toronto’s notorious and well documented “rock and roll fag bar” is coming back after five years.

Vazaleen was the mutant dance party and artistic social gesture of Will Munro. After he famously started the party in 1999, it went on to transform the queer community’s concept of nightlife and inclusivity.

This Pride, Vazaleen returns. The resurrection’s lineup features some of the party’s early contributors such as DJ Robbbert, electro-provocateur Castelvi and Regina Gently (albeit in an entirely new drag manifestation to their indie rock manifestation of Gentleman Reg and in the Hidden Cameras) as well as relative newcomers like Nyssa.

So where does Vazaleen fit in Toronto’s current nightlife space?

While it means confronting my status as an “elder queer” and as a member of that community that thrived around Munro’s work in my early 20s, I can’t help but wonder about the concept of legacy. As we stand now, a year away from the 10-year anniversary of Munro’s tragic passing in 2010, it feels like there’s a struggle to balance the celebration of someone whose work was so transformational to underground art and queer communities with endless memorialization. Spiritually, that could work against the initial reckless abandon that defined the genre-bending party.

In its current state, the last of which saw punk/surf legends Shadowy Men on A Shadowy Planet headline in 2014, Vazaleen operates not only as a reminder of Will Munro’s profound impact on the city, but also as a fundraiser, set up in conjunction with Munro’s estate and through the 519 Community Centre, to benefit the Will Munro Fund for Queer and Trans People Living with Cancer

“Part of the initiative was to get our feet under ourselves in advance of next year,” says Will’s brother Dave Munro, who co-curates Vazaleen. “While the fund has always existed as a community initiative, we tried not to focus on that aspect of the party so much because it took away from the spirit of Vazaleen.”

The party will be hosted by Vanessa Dunn, whose band Vag Halen last played Vazaleen in 2012. “I miss bad taste, which is what I think Will’s work really embraced,” she says.

A major part of Munro’s work as a promoter was about reimagining social spaces and what happens within them – like having a super-gay dance party in what was at the time known as a pretty straight-up (so to speak) rock and roll venue, the El Mocambo. And in an era that was dominated by techno and house music.

Dunn sees this year’s Vazaleen as a cyclical reflection of the emergence of the infamous “Queer West” arts scene in the early 2000s. “I feel like that was in response to what was lacking in the queer community at the time and that this feels like a good time to be political again, to be punk rock, embrace it with bad taste, have a night that feels messy and fucked up and but still community-minded.”

This year’s lineup spans generations and defies musical genres much as Will Munro’s parties did. Toronto is a different place now than in the early days of Vazaleen. The presence of queerness, gender fluidity and conversations around inclusivity and diversity are much more commonly woven into the fabric of nightlife than when Munro originally started promoting parties. The city also has an increasingly untenable cost of living and rapidly declining access to creative spaces.

I asked one of this year’s headliners, electronic, punk-infused singer/songwriter Nyssa, about her experiences as a largely independent performer in the city.

“We’ve been losing DIY spaces and interesting event spaces in general in the face of noise complaints and backlash from the city,” she says. “I think it’s important to be reminded of the fact that these parties actually changed the lives of the people who attended them. As a city you can’t just expect nightlife to thrive around club music for the people that are willing to spend a ton of money or for a lot of us don’t feel safe or comfortable in large club environments. It’s important to be reminded of these parties and that we still need space for them.”

DJ Max Mohenu calls performing this year a full-circle moment. They began their DJ career in the years leading up to Munro’s death and has continued to flourish as a contributor to the city’s steadily shifting nightlife.

“I’ve seen so many things change over the last 10 years with so many new queer DJs and performers coming up, but I think the one constant, the one thing that we all share, regardless of if you had a relationship with Will or not, is that we all want to continue to be queer in a way that’s not the norm,” says Mohenu. “For me Vazaleen this year is about celebrating the ups and downs we’ve gone through in terms of curating space in this city, and that creating queer space is intentional. It’s about being as creative as possible with the little resources we have.

“We’re all aware of the corporate bullshit that pops up around Pride, and I think it’s just really important we celebrate people like Will who helped us carve a place outside of that.”

You can find out more about the Will Munro Fund for Queer and Trans People Living with Cancer here.