Weaves want to inspire the next generation of young female musicians

With their upcoming album, Wide Open, and their appearance at Venus Fest, the Toronto band aren't making music just for themselves any more 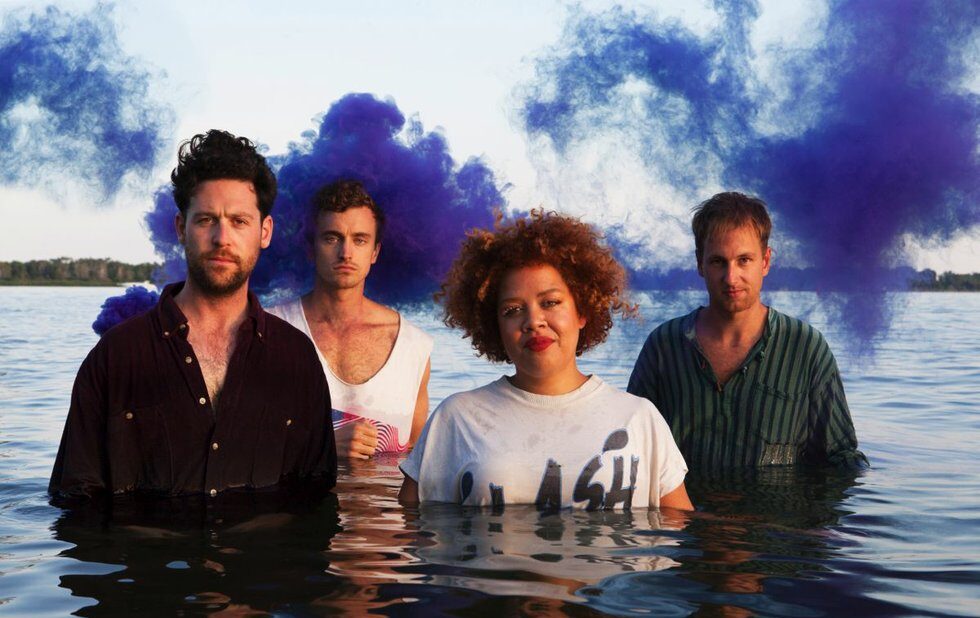 After performing with her band Weaves in New York last year, lead singer Jasmyn Burke found herself surrounded by a cluster of fans resembling mini versions of herself.

“I had all these girls with ’fros coming up to me and saying, ‘You look like me and [now] I feel like I can make music,’’ Burke says. “That’s where I felt a switch. I’m not just making music for myself any more.”

So when she returned home to Toronto after nearly a year of touring Weaves’ debut self-titled album (which was short-listed for this year’s Polaris Prize), rather than taking a breather, Burke started writing songs that were more personal and honest. The pressure she felt making the debut – which she had viewed as an eternal and permanent declaration of Weaves’ style, a fearful idea for a band that revels in genre-bending experimentation – suddenly evaporated.

“This [new] one was less precious,” adds guitarist Morgan Waters, as he sips beer with Burke and bassist Zach Bines on Blood Brothers’ patio at Dufferin and Geary, down the street from their practice space. “We were more confident and willing to be more direct and allow the emotions to be number one rather than pyrotechnics and trickery.”

Burke envisions the fuzzy, T. Rex-vibed Slicked as a soundtrack for going out clubbing (or in her case, she laughs, going to a rock show). “I’m getting ready, doing my thang,” Burke says, as she snaps her fingers and purses her lips. “I’m kind of a nerd though, so it’s the nerd version: [putting on] high-waist pants, slicking my hair back.”

Scream, which Burke wrote during the American presidential election, is about how as a Black woman, she’s trying to make sense of the world as it unhinges.

“I was thinking about being a woman of colour and how people might perceive me without knowing me,” she says. “Sometimes in your head you’re like, ‘I’m just like everyone else’ and then through your life, you have people say dumb things and you realize, oh, some people might hate me because I’m Black, and that’s bullshit.”

Burke’s joined on the song by the incomparable Tanya Tagaq, whose earth-shattering throat singing helps propel the song into a feminist anthem as Burke sings, “My thighs are too big, my head isn’t small, my brain is on fire, I’m feeling this fall.”

Weaves met Tagaq at Iceland Airwaves festival in 2015, where they connected over a shared penchant for improvisation. “[Tanya’s] so free and can play off other people, so we knew she’d be a perfect fit for [Scream] since we recorded it live off the floor,” says Waters. (They debuted the song at the gala for the Polaris Prize – which they were both nominated for – on Monday.)

Improvisation is a crucial element in Weaves’ recordings. Burke came up with the words to Gasoline during practice, and the song Motherfucker was entirely improvised. It mirrors their unpredictable live show, in which the band often plays spontaneous new versions of their songs.

“You sometimes hear people say that to be a professional musician, you have to able to fuck up gracefully and not let the crowd know when you do,” says Bines. “But what I love about Weaves is that if we fuck up, we lean into it and make everyone aware that it’s happening.”

For example, if Burke decides to go all-out metal – which Waters illustrates with a throaty growl, hunched over an invisible microphone – then the rest of the band quickly follows, transforming their art rock into a thrashing jam.

Later this month, Weaves will be one of the headliners at the inaugural Venus Fest, Toronto’s only festival with a lineup and staff composed entirely of women, genderqueer and trans people. Burke understands the need for it. She recalls playing a big festival in Scandinavia and being the only woman performing that day, and, she suspects, the only woman of colour in the whole festival.

“When I started playing in bands 10 years ago, my friends and I were in one of the only all-girl bands in Toronto and now there are tons of girls playing in bands,” she says.

That’s partly why it’s so powerful for Burke to meet young fans at Weaves shows. She has the opportunity to affect change for future generations of female musicians.

“These girls are like my little family at this point. I have to keep pushing because hopefully when they get to an age when they start playing, labels will think, ‘Maybe we should bring in more badass women playing guitar.’”

Check out more original photos of Weaves below: 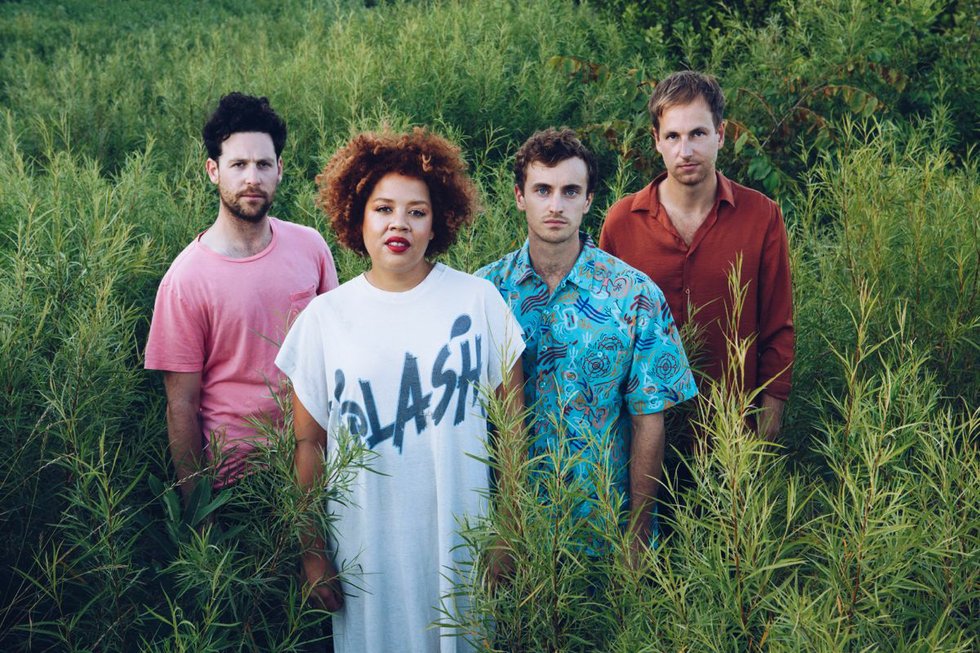 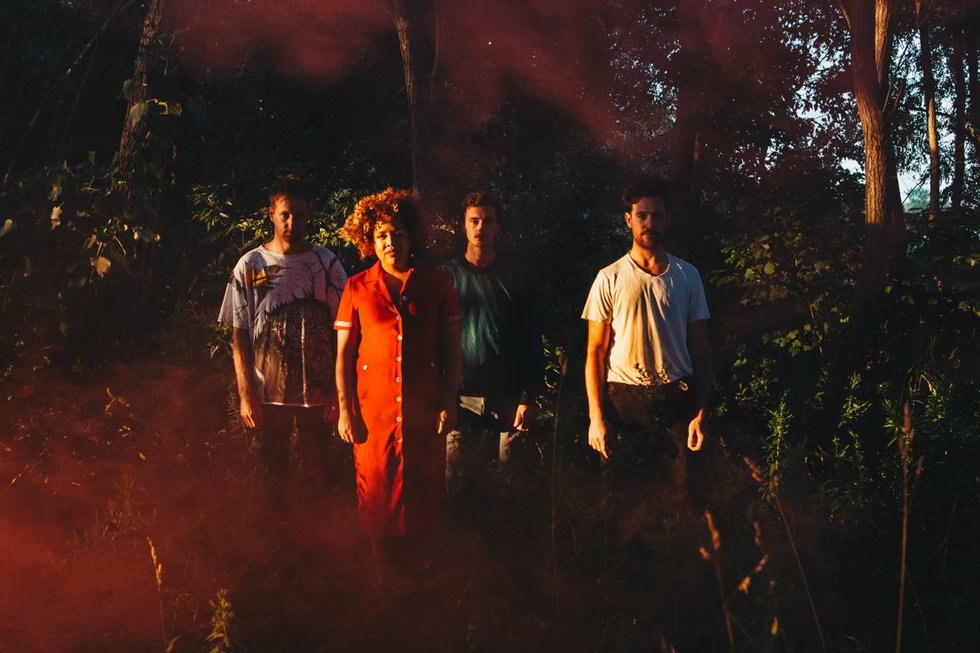