What is the Halluci Nation? 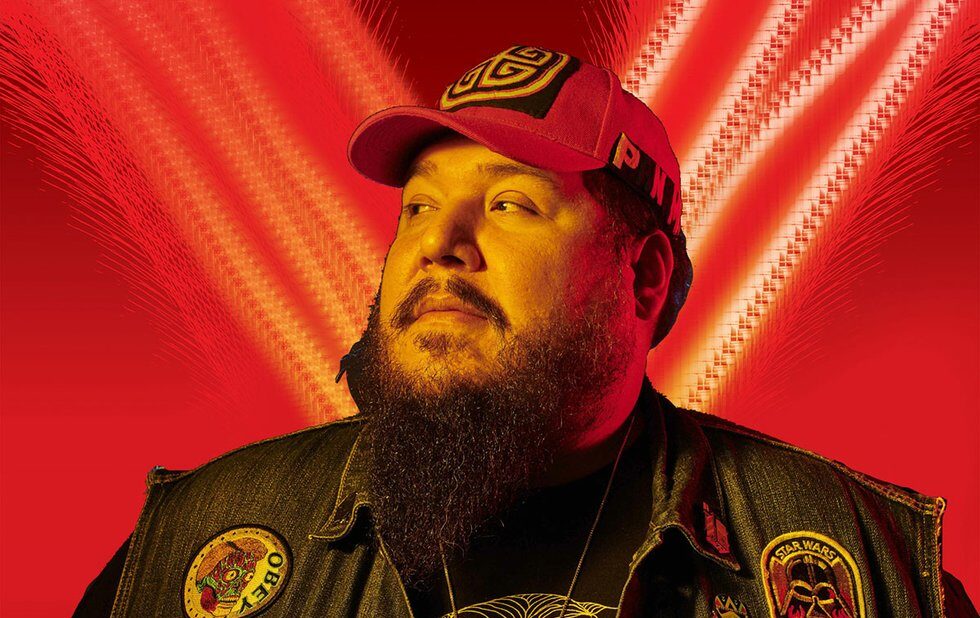 On their 2016 concept album We Are The Halluci Nation, A Tribe Called Red didn’t create a movement so much as put a name to one.

Popularizing the term originally conceptualized and gifted to them by the late Indigenous rights activist and poet John Trudell, the group used the Halluci Nation as a powerful shorthand and banner for the expanding audience and the wave of inclusive yet confrontational resistance they found themselves amongst in the wake of Idle No More.

But ATCR’s Bear Witness says that was just the start.

Invited to curate the Music Gallery’s X Avant after Bear expressed his interest in programming an electronic music event featuring “all-Indigenous electronic artists from around the world” to Music Gallery artistic director David Dacks during an interview, the producer has extended the Halluci Nation banner over a whole festival. It’s an act of world-building while also occupying institutional space.

“We purposely left the story of the Halluci Nation very open, and that also allowed people to connect with it on their own terms,” Bear tells NOW. “An opportunity like this is an opportunity to show more concretely that these are members of this movement, whether they know it or not.”

The lineup includes performances from electro-cumbia giant El Dusty, whom Tribe recently holed up with at his studio in Corpus Christi, Texas feminist dub poet Lillian Allen, an early inspiration for Bear in the Toronto arts community video collage artist Tasman Richardson, whose work Bear credits as an influence on his own visual practice and DJ/producer Dean Hunt and live visual artist Bracken Hanuse Corlett’s audiovisual duo See Monsters, who Bear describes as “contemporaries” to ATCR.

Supplementary programming includes the return of Creeasian’s Drone Day-esque Sampler Cafe to Toronto. Bear will also appear alongside Jennifer Kreisberg, Lido Pimienta and moderator Narcy at a panel discussion to further elaborate on what the Halluci Nation is.

“These are our allies. These are the people that give us strength to do the work that we do,” he says.

The whole production functions like a showcase of the community that ATCR exists in, but Bear locates the programming squarely within a new stage of what they’re striving for.

“This is gonna broaden the world of the Halluci Nation,” Bear explains. Following the departure of ATCR co-founder DJ NDN in 2017, Bear and 2oolman are working on the album’s follow-up as a duo. He says it will once again focus again on the Halluci Nation concept, but from a different place.

“The last project was really heavy,” he says, referring to the galvanizing declaration of disruption set to boundary-leaping beats. “It was a physically draining and difficult album to produce.”

As part of X Avant, A Tribe Called Red is performing a late-night DJ set at the Mod Club alongside El Dusty, Dre Ngozi and Nino Brown, but Bear says fans can also get early ears on the new material on the final night of the fest following performances from Narcy and Jenn Kreisberg.

“There’s gonna be a special surprise performance after that with something we’re gonna be calling the Halluci Nation Band,” Bear says. “That’ll be the first little tidbit of where we’re heading with the new project.”

Without getting too specific, he says he’s excited by the prospect of reaching new listeners and expanding the Halluci Nation.

“The overall feeling that we’re stepping into is celebration, rather than this idea of conflict and struggle,” Bear says. “I hope we come away with a few new members.”