As it celebrates its 10th birthday, the monthly event has grown into an indispensable community as well as a major part of the city's hip-hop and arts scenes 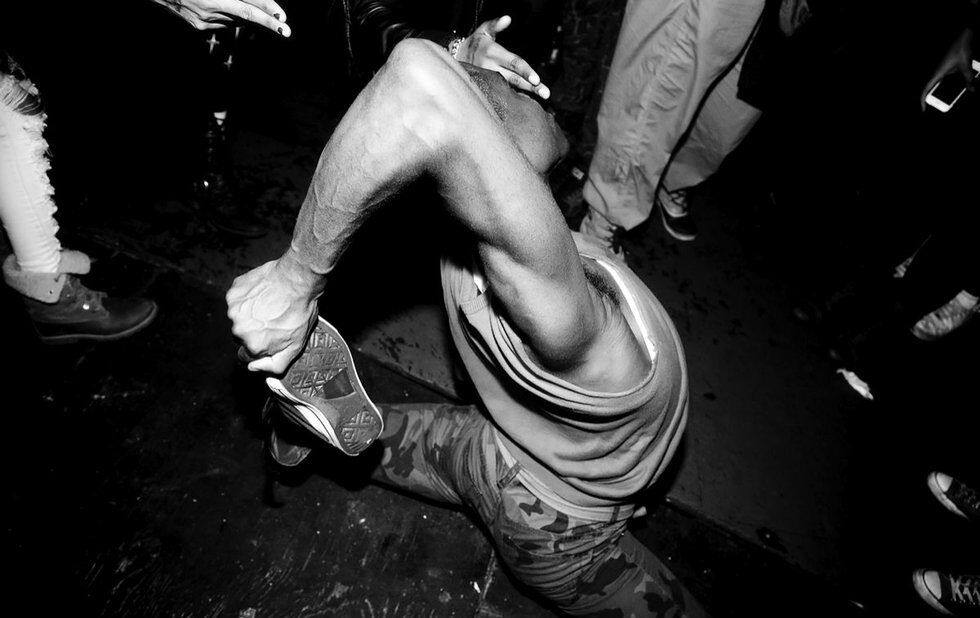 From a backpackers’ hostel to Nest, Yes Yes Y’all has never abandoned its safe and open community spirit.

In Toronto, the third Friday of every month is sacred. It’s a time when a particular congregation convenes at Nest to skin out and feel free.

For the unacquainted, that occasion is Yes Yes Y’all (YYY), a monthly queer hip-hop party that has cultivated a strong sense of community over the last 10 years.

Party regular for the last seven, Cynn Adereti likens it to church. “It’s like when folks finish church and everybody goes outside and is just talking for hours – that’s Yes Yes Y’all,” they say. “Even before the party, in line, there’s always a little kiki going on. People really get to know each other.”

Following the legacy of legendary queer underground parties like Will Munro’s Vazaleen and the innumerable parties DJ Blackcat has thrown for the last three decades, YYY was started in 2009 by five friends with varied tastes – DJs Sammy Rawal, Nino Brown, Stunts, Yes Yes Jill and L Rock – who all wanted to create a space for queer people of colour outside of the Church and Wellesley village. Through word of mouth, YYY developed a loyal following.

“To this day, it’s more about the people who come to the party and the energy they’ve been bringing for so many years [than us],” says Brown. “We consider ourselves lucky to have watched this community form itself so organically.”

Expect to be drenched in sweat within minutes of hitting the dance floor. The blend of hip-hop, dancehall, soca and R&B gets even the shyest wallflowers moving. You might happen into a quick vogueing moment, some NSFW whining or a casual dance battle. Frequent guest DJs, often from like-minded parties in the U.S., amp the party up and keep it surprising by mixing in deep house, gnarly techno, favela and groovy funk.

Here’s how YYY progressed from that party in the youth hostel at the corner of King and Spadina to an essential place of party worship.

What makes YYY a truly open and safe space is that it was created for queer POC to feel represented and seen.

Kash Smoked has attended since the party’s infancy. “[Yes Yes Y’All] was a place I could go have a good time and not really worry about who’s watching me,” he says. “For me to find a spot that had people of colour, hip-hop, dancehall and gay people was very rare at the time.”

Adereti had an instant connection to the party seven years ago. “I was new to Toronto, I got kicked out of home and I was very queer but wasn’t really out,” they say. “It helped me build the community that I needed.”

Both Adereti and Smoked remember most parties at the time being very white or not very queer-friendly. Similar collectives have popped up throughout the city since, but YYY remains the largest.

A decade is a long time to throw a party that people continue to support month after month. But YYY allows people in the space to be vulnerable, fearless, completely themselves without risk of ridicule or judgment. There’s an ethos of caretaking and harm reduction.

“There’s always somebody to take care of you, to take you to bathroom and get you cleaned up and help you get home,” says Adereti. 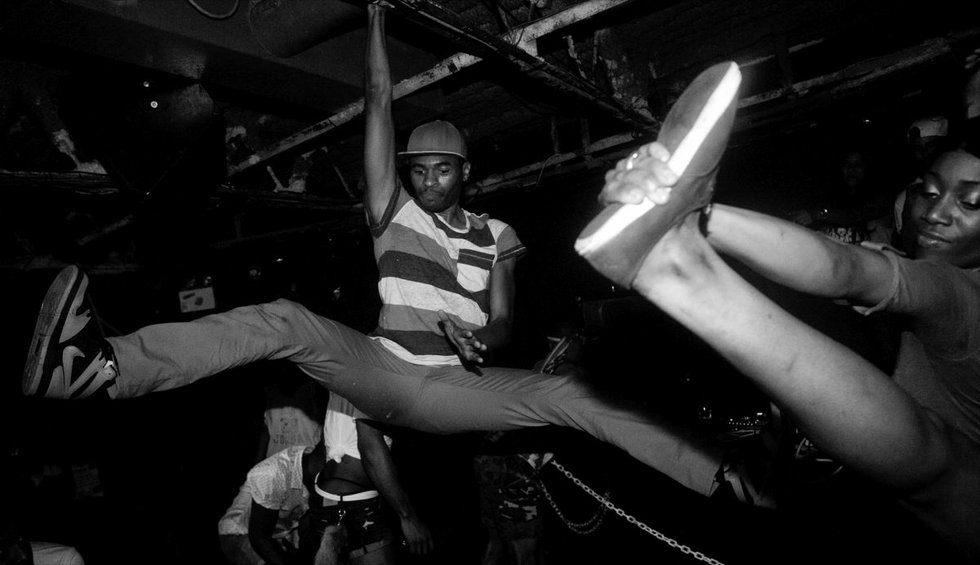 The very DIY first party YYY threw was on the first floor of the Global Village Backpackers hostel (now Quantum Coffee) in February 2009. They set up CDJs on the pool table, brought in their own speakers, spray-painted shirts and hoped 100 people would show up. There was a line around the block by 11 pm.

Rawal remembers it as “chaotic but magical” and after five parties they had to move to a bigger venue, Annex Wreckroom (now CODA) at Bathurst and Bloor, because management couldn’t handle the crowds. That’s where YYY grew into a permanent fixture in the queer nightlife scene.

In 2015, they moved again (to accommodate the growing number of partygoers) to their current home at Nest.

The party has a long list of collaborators and guest performers and DJs from over the years, including Skratch Bastid, Bambii, Angel Haze, Princess Nokia (as Wavy Spice), Le1f, Big Freedia, Quay Dash, Venus X, Timberlee and Shi Wisdom.

They’ve also become a presence in the city’s hip-hop scene and at music and arts festivals. In 2014, Brown and Rawal DJed a NXNE party on a moving streetcar. They opened for a Tribe Called Red at the Opera House in 2013 alongside then-future Polaris Prize winner Lido Pimienta.

One event that stands out for the DJs is the warehouse rave at the Hearn Generating Station they threw with Dudebox during Luminato in 2016. The tragic mass shooting at Pulse Nightclub in Orlando had occurred just the week before. Although initially scared to proceed, they decided it was crucial that the party still happen. About 5,000 people showed up.

“We would not be ruled by fear,” says Rawal.

In the middle of the party, they cut the music and rapper Shad stepped onstage and commenced a moment of silence in remembrance of the lives lost at Pulse. Then, DJ Skratch Bastid went right into Whitney Houston’s I Will Always Love You.

“It was incredibly powerful sharing that moment with thousands of people in our community,” Rawal adds. 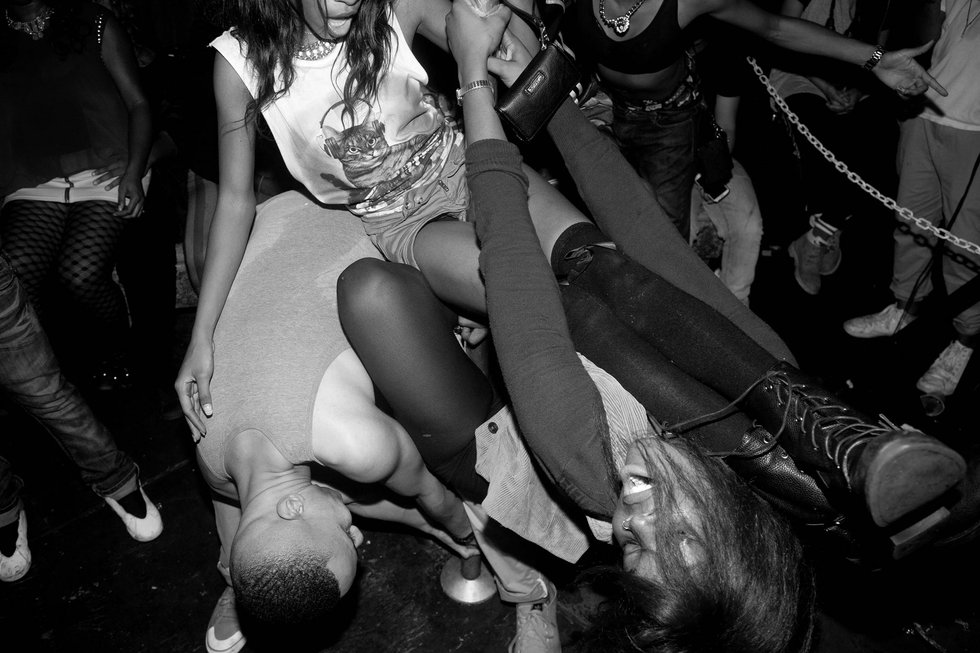 In 2011, YYY played Toronto Pride’s Centre Stage and were heckled off stage by a group of racist white men, telling them there were other stages (i.e., Blockorama) to play “their type” of music and that hip-hop wasn’t “gay enough.”

It was a discomforting and discouraging experience, but three years later they were invited back to play the same stage to a packed crowd. In 2016, Brown was invited to be a curator for Pride and convinced the organization to throw the first YYY Block Party.

Although a newer extension of the YYY world, the Block Party has already made a name for itself. There’s always a line down Church Street with a lot of dejected partiers realizing they’ll have to get there earlier next year. They’ve booked acts like iconic Nina Sky and upcoming rapper BbyMutha and brought their variety of music to the Church Street crowd in full force.

It’s the latest in the YYY saga that shows no sign of slowing down.