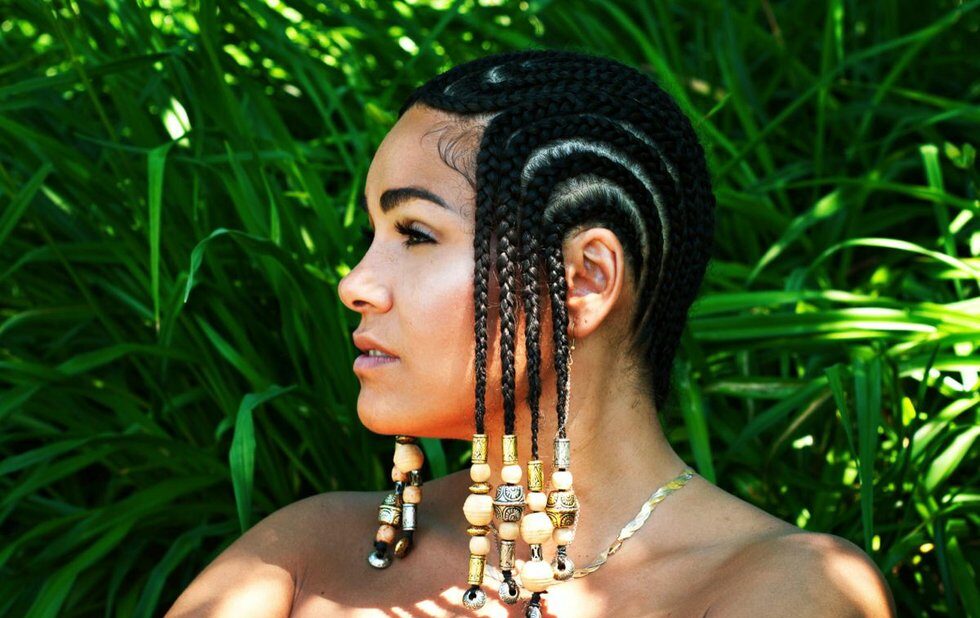 Zaki Ibrahim chose a fitting release date for her sophomore album, The Secret Life Of Planets. The sci-fi soul album dropped on January 31, the same night as the rare occurrence of a “super-blue blood moon” – a total lunar eclipse in which the Earth’s shadow totally blocked the sun’s light to the full moon.

“It’s a great thing, because so much blood has gone into the making of this record,” says Ibrahim over the phone from her home in Toronto. “It’s been crazy.”

Ibrahim has been through a genuinely intense period of emotional upheaval in the years since her 2012 debut, Every Opposite, was shortlisted for the Polaris Music Prize.

Her father, Zane Ibrahim, the founder of pioneering South African community radio station Bush Radio, died in 2014, just a few months before the birth of her son. Ibrahim says the new album is “a direct interpretation of how things went down” during that tumultuous period.

“Experiencing grief and perhaps a little bit of postpartum felt like being suspended in time,” says Ibrahim. “[On the record, I was] reflecting on all of the things that have given me joy and comfort.”

There are some intensely personal moments on The Secret Life Of Planets. Her son’s voice bookends the record, while cornerstone track Binary features lyrics from a song Ibrahim’s father wrote to her mother.

“All the roles we play within families are interchangeable. They’re not all just set,” she says.

The music adds cosmic texture to her personal reflections. The hypnotic coda of Cut Loose sounds futuristic and retro at the same time, meshing jazz scatting with ethereal layers of vocals.

Ibrahim re-connected in the studio with Toronto electronic musician Alister Johnson (who produced the song Something In The Water), diligently combing through his voluminous vinyl stacks for inspiration. Multi-instrumentalist wunderkind Casey MQ, who Ibrahim gushes about, was an unexpected addition to the production team – he came to sit in halfway through the sessions and never left.

“They were such a huge support to me,” she says. “It felt like a natural time bubble, like we were in a space pod. They just allowed me to let out whatever needed to happen, but also we had a lot of fun.”

It’s not unusual for Ibrahim to apply science motifs to her music, like on her 2012 Back To The Future-referencing song Flux Capacitor, or her 2016 EP ORBIT: A Postcoital Prequel, which she released in conjunction with an astrophysicist at the University of Toronto’s planetarium.

“I am a geek. Affirmative,” she laughs. “You can use science fiction as a metaphor for very real stuff that’s going on. It’s fiction, but it’s almost real, it’s almost proven. It’s almost there.”