NOW MagazineMusicGame over for Final Fantasy. Game on for Owen Pallett.

Game over for Final Fantasy. Game on for Owen Pallett. 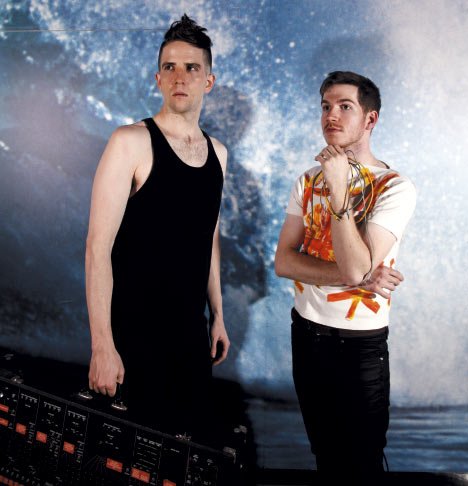 We’re about 40 minutes into our conversation before Owen Pallett casually announces the death of Final Fantasy.

As we speak, his press release is hitting thousands of inboxes, officially declaring the moniker he’s performed under for the last five years finished, and at the same time graciously bowing out of a looming copyright battle with Square Enix, developer of the video game Final Fantasy.

Square Enix was originally prepared to look the other way when Pallett appropriated the name of one of its premier titles. But as he became Toronto’s leading indie rock singing violinist and his profile continued to grow, the company’s lawyers could no longer turn a blind eye. [Update: It now turns out Pallett was mistaken – Square Enix was not aware of his former moniker until this year.]

So “Final Fantasy” is now game over, and all shows and subsequent releases are to be issued under Pallett’s name, marking the end of an era for the eccentric composer, producer, arranger, sometime mixer and always visible and vocal Toronto music scene fixture.

“It’s sad. I feel – felt, rather – attached to the band name,” Pallett says in his usual soft-spoken, articulate manner. He’s lounging in a friend’s apartment in New York, where he’s working on the score for the new John Cameron Mitchell film, Rabbit Hole.

“[Final Fantasy] was evocative of the atmosphere of the music: not entirely serious and yet indicative of something grand. Calling it Owen Pallett is a misnomer, because it’s not really about me, but something that I do.”

Actually, it is about him, and to ask us to separate his real-life identity from the creative persona of Final Fantasy is a bit unrealistic. He has, after all, been essentially the only man standing onstage at Final Fantasy concerts.

Granted, his lyrics avoid revealing much about his personality, opting for codified and opaque themes, especially on the Dungeons And Dragons-themed sophomore He Poos Clouds (2006), which brought Pallett the Polaris Prize and raised his profile after his noted arrangement work with Arcade Fire.

And the soon-to-be released Heartland (Domino), his most ambitious album yet, is a 12-song narrative about and told through a fictional character named Lewis. Again he’s divulging little in the way of autobiography.

“When I first started making Final Fantasy, I felt like I was making something more artificial than other bands, so I guess that created a certain sense of distance,” he says. “But I love it when [other] people write songs that pillage their personal lives in the interest of creating musical material.”

Perhaps Pallett is instinctively uncomfortable with the spotlight’s glare, which could explain his recent efforts to make Final Fantasy, before killing the name, more of a band than an individual. He’s getting a bit of help onstage these days, mainly from Thomas Gill, guitarist, percussionist and leader of his eponymous group, Thomas.

Gill met Pallett last summer at the Hillside Festival in Guelph through producer and mutual friend Leon Taheny. There, they discussed playing together, but they didn’t begin sharing the stage until a recent November tour with locals Timber Timbre.

“He’s quite new. I hope he stays,” jokes Pallett.

Gill says the songs on Heartland blew him away at first listen, and recreating the album live has so far been a smooth ride, thanks to Pallett’s ability to loop (using FX pedals) parts of Heartland’s complex orchestration.

Pallett’s indie heavyweight label, Domino, is giving Heartland and Pallett the kind of boost previously unavailable to him on labels Tomlab and local DIY collective Blocks, which Pallett co-founded. He maintains that his first two records were made with modest ambitions to please his inner circle of friends, but admits to creating Heartland with the idea of making a broader impact.

It’s a grandiose piece of music that shows limitless range. Pallett wrote, arranged and produced the orchestral pop record over the course of a year, but making it nearly destroyed him.

“I definitely thought about ditching the whole project,” recalls Pallett. “That feeling persisted for months.

“I felt like the album was a parasite that was eating my soul. I know how emo this sounds right now, but it was how I was feeling.”

Heartland’s origins can be traced to 2006, when, on a message board, Pallett flippantly revealed the record’s title and that it was a work in progress. In fact, it was almost two years before Pallett, chilling in his favourite Euro destination, Lisbon, finally put pen to paper.

Grizzly Bear’s Chris Taylor was originally tapped to produce, but his band’s breakthrough, Veckatimest, was still in its nascent stages at the time. When Taylor dropped out, Pallett and Arcade Fire buddy Jeremy Gara flew to Iceland, setting up shop at Greenhouse Studios, where Björk and Bonnie Prince Billy have recorded.

After tracking 16 songs and writing the arrangements, Pallett jetted to Prague to begin work with an orchestra. It would be the darkest part of his journey to Heartland.

He spent days hiding in a hotel room, eating room-service food and staring at a daunting stack of discs from the orchestral sessions. Feeling overwhelmed and flirting with thoughts of escape, he only persevered thanks to some simple, comforting words from Grizzly Bear’s Ed Droste, who happened to be on Pallett’s iChat at the time.

“I was having a total mental breakdown in Prague – I was just flipping out. I was so exhausted from the amount of material I had to absorb from these sessions. I had a list of a hundred takes we’d done. I probably would have had a panic attack if Ed hadn’t told me, ‘It’s okay, you’re fine.'”

After all the blood, sweat and tears poured into making his first fully orchestral effort, Pallett could be forgiven for having a nagging sense of futility about putting so much into a record destined to be consumed via compressed digital files or on miniscule laptop speakers. It means listeners will miss out on Heartland’s big-sound ambitions.

Was it all worth it if no one cares about sound quality any more?

“I did have a bit of that defeated sense when working on the project, and there were times when I asked, ‘What I am doing putting all this money and time into this orchestra if people are just going to skip through on their MP3 player?’

“But this is an act of defiance. Sort of a middle finger raised to the current state of music listening.”

Owen discusses the sound quality of records that came out in ’90 compared to his new album, Heartland.