As Kensington Market has evolved over the last two decades, one constant has always been Graffitis. Its music has been. 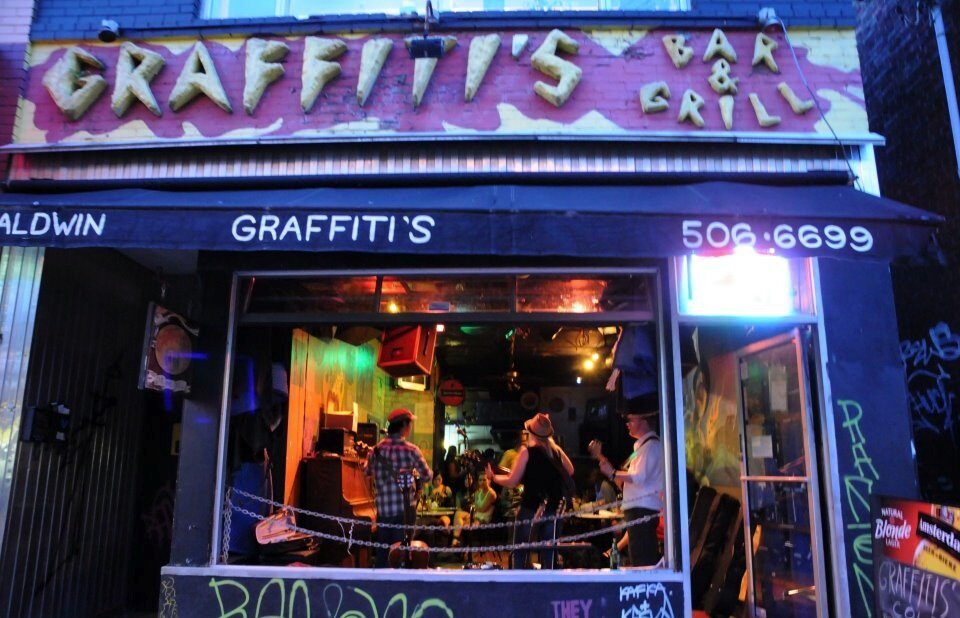 As Kensington Market has evolved over the last two decades, one constant has always been Graffitis. Its music has been wafting out into the streets from its big open windows for 23 years, but the mainstay bar and grill has now officially closed its doors.

The tiny, unpretentious bar was known for its live blues, roots, folk and rock, its black metal brunch, and as a place for singer/songwriters to play casual shows. Hearing the music on Baldwin was often the first sign of summer in the Market.

The final show, fittingly, was a solo set by Ron Hawkins of Lowest of the Low (the band recently told us Graffitis was one of the local haunts thats most inspired them) on Saturday, February 10. They did one more day of service on Friday, February 16, selling drinks for $3.

I talked to the regular musicians, the staff, the family, and everyone felt it was time, says now-former owner Steve Mitchell. Without us, it would have just been an address, not a bar.

Mitchell had been trying to sell the venue, which opened in 1995, since late 2017. He says he had offers (and at least one erroneous report that the bar had closed), but was holding out for something that would be good for Kensington. He says he cant announce whats moving in, but says it fits his requirements, though there wont be live music.

Many venues have been closing due to rising commercial rents and gentrification, but Mitchell calls his decision to sell and close 100 per cent personal and that 2017 was actually one of their best years in over a decade. He plans to move back to his native Nova Scotia. Its a similar story to Sam Grosso, who originally owned Graffitis and now owns Cadillac Lounge. He’s winding that Queen West venue down as he looks for a buyer.

Running a bar is kind of a young person’s game, Mitchell says. I think thats why some of the old 80s and 90s venues are closing.

We werent doing it to make money, he says. We did it because we loved it.