NOW MagazineMusicGrammys 2019: the Toronto nominees you should know

Grammys 2019: the Toronto nominees you should know 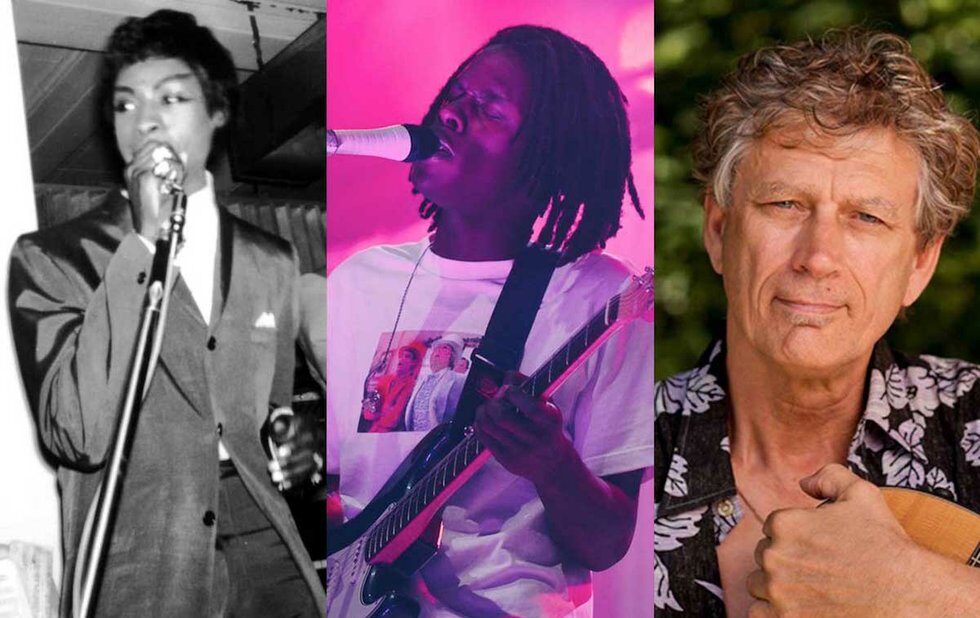 Jackie Shane (left), Daniel Caesar and Jim "Kimo" West are among many with ties to Toronto on the Grammy list.

The 61st annual Grammys are on this Sunday (February 10), and it can be hard as a music fan to get invested. The music industry awards show presents itself as the Super Bowl of music, but often feels as out of touch as… well, the Super Bowl halftime show. So if you’re already bracing yourself for a disappointing album of the year win by Post Malone over Kendrick Lamar, Janelle Monáe and Cardi B, we’re here to give you some dogs in the fight.

With Canadian musicians as internationally successful as they’ve ever been, there’s are many Toronto artists nominated for Grammys. And we’re not just talking about Drake – though you will find him here and not at the Junos – and not even just Shawn Mendes. There’s a number of categories repped by our city this year – everything from album and record of the year to world music album of the year, right down to historical album of the year.

We’ll start with the big ones and then work down to the dark horses that might make you say: wait, they’re from Toronto?

(Find the full nominations list here, and all the Canadian nominees here.)

Now, here’s a list of Toronto nominees you should look out for:

Small-town Ontario boy Shawn Mendes got a big nomination this year. The heartthrob is up for best pop vocal album for his self-titled album, and song of the year for In My Blood. At just 20 years old the rising pop star’s ascent is almost Bieberish, with a headlining set at Toronto’s biggest venue, Rogers Centre, this fall. A Grammy could be the final step to the A-list.

Drake didn’t submit to the Junos this year, but he’s back on the Grammys nominations list. He’s basically a lock any time he decides to make himself eligible (which is not always). The 6ix God has been nominated for 42 in his career, though he’s won only three. This year he’s got some more chances. He’s nominated for album of the year for Scorpion, best rap performance for Nice For What, best rap performance and rap song for Travis Scott’s Sicko Mode, best rap song, record of the year and song of the year for God’s Plan.

Shebib is Drake’s right-hand man and primary producer, which has made him, quietly, nearly as much of a Grammy fixture as Drizzy. This year he’s nominated for record, song and rap song with God’s Plan and album of the year with Scorpion.

Boi-1da is an in-house music producer for Drake’s OVO Sound label and he’s worked with huge artists like Rihanna, Eminem, Nicki Minaj and Tory Lanez. Here’s what he’s nominated for: producer of the year in the non-classical category, record of the year and song of the year for Drake’s God’s Plan, best rap song for God’s Plan, Eminem’s Lucky You and Jay Rock’s Win. So he’s got good odds, especially in the rap song category.

The city is hitting a high percentage when it comes to hip-hop producers, but it’s often overlooked. Though not all the names officially appear on the nomination list, here are a few more T.O. producers represented this year:

Murda Beatz, who has beats on Carbi B’s Invasion Of Privacy and Nipsey Hussle’s Victory Lap, and was the main mind behind Drake’s Nice For What.

Frank Dukes has credits on Drake’s Scorpion, Cardi’s album and the Black Panther soundtrack, which leads in nominations. (The Weeknd has a song on it, too, and BadBadNotGood picks up a credit as well.) He also co-wrote Camila Cabello’s hit Havana and Post Malone’s Better Now, which are both nominated.

Illangelo has credits with Cardi and Fall Out Boy’s Mania, which is nominated in the rock category. Dvsn’s Nineteen85 gets nods for Scorpion and Travis Scott’s Astroworld, as does Wondagurl, while PARTYNEXTDOOR worked on Scorpion and Post Malone’s album Beerbongs & Bentleys.

The 23-year-old is Toronto’s rising DIY soul star, and it’s amazing what he’s been able to achieve independently, which this year includes a Grammy nod for best R&B performance for song Best Part with H.E.R. H.E.R.’s self-titled album is also nominated for best album and best R&B album, and both include Best Part, so we’ll cheer for her too. Not to mention her album is filled with Toronto producers and co-writers, including Matthew Burnett, Jordan Evans and Riley Bell (of the Daniel Caesar duet), Drake, Majid Jordan, Noah “40” Shebib, Nineteen85 and Illangelo.

Afie Jurvanen’s latest album, Earthtones, gets a nod for best engineered album in the non-classical genre, with Robbie Lackritz and Philip Shaw Bova picking up the nominations. Bahamas’s fourth album steers from his laid-back folk-rock sound into a hip-hop and soul inspired sound, with help from D’Angelo’s band. And, technically, it sounds great.

Did you know Weird Al Yankovic’s guitarist since 1984 is originally from Toronto? No joke. Between vanity tours and song parodies, West has become one of the top practitioners of Hawaiian slack-key guitar, and his album Moku Maluhia – Peaceful Island is nominated for best new age album.

Shane was a trailblazing 60s soul singer and a missing link of Toronto’s queer scene, and Numero Group’s 2017 box set made her ripe for rediscovery. It’s nominated for best historical album, with York University professor and music writer Rob Bowman, who penned the 20,000 word liner notes after talking to her for nearly 30 hours (and also wrote NOW’s cover story ahead of the 2017 release), nominated as a compilation co-producer. This could be a key step in Shane’s re-emergence.

Decades after the Second World War, staff at Vernadsky National Library of Ukraine discovered an unmarked box of songs, lyrics and poetry – none of which had been performed since 1947. University of Toronto professor Anna Shternshis was transfixed by the Yiddish words, informed by the horrific events of the Holocaust by people who were there. She put the songs to music with the help of composer Psoy Korolenko, and that became the album Yiddish Glory: The Lost Songs Of World War II. It’s nominated for best world music album, and it represents one of the ways music helps preserve endangered languages.