A massive Pride party is taking over the CNE Bandshell 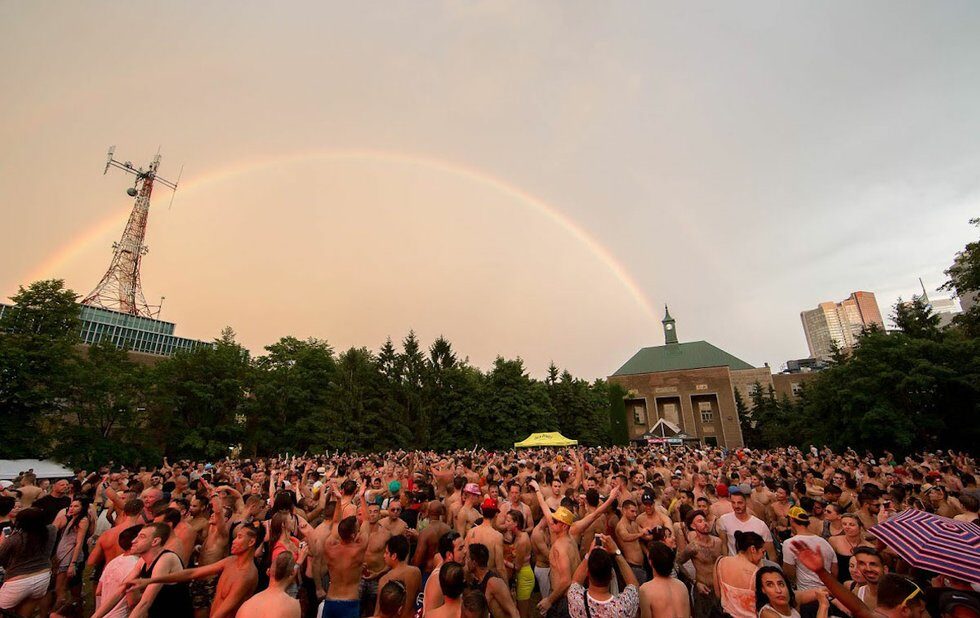 Pride’s footprint is expanding to the Exhibition Grounds this year.

The 519 Community Centre’s Green Space Festival is moving its annual TreeHouse circuit party west to the CNE Bandshell for the first time. The popular day-long Pride Sunday rager has historically been held in Ryerson University’s Quad, but was downsized to Barbara Hall Park last year for the fest’s 10th anniversary.

On June 23, headliners Danny Tenaglia and The Black Madonna, as well as Isaac Escalante and DJ Addy, will spin tunes for shirtless revelers beneath the venue’s Art Deco bandshell. Tiered ticket pricing runs from $50 to $150. A shuttle bus will also transport partiers to the site for “minimal cost,” according to a post on the event’s Facebook page.

“It is an outstanding venue that will be able to fit safely and nicely TreeHouse’s massive crowd,” a rep for the fest wrote in a Facebook comment.

The move means the Disco Disco party is moving back to its regular Sunday slot at Church Street’s Barbara Hall Park – next to the 519 – where the the four-day festival’s free parties take place.

On June 21, DJs Deko-Ze, Hyenah and Floyd Lavine will spin at the One World party, and Miss Monique, Morabito, Ana Flor and Sandy Duperval are on the bill for Lipstick Jungle on June 22.

Disco Disco is bringing in heavy hitters Horse Meat Disco from London and The Carry Nation from New York to headline on June 23. New York DJ couple The Illustrious Blacks and local DJs Philippe, Kris Steeves and Diego Armand round out the lineup.

All the proceeds from the festival are directed into funding programs and services for LGBTQ+ community centre the 519. Since its inception, the party has raised over $2.5 million for the organization.

Green Space is also hosting a pre-party called Just A Taste launch party on May 4 in the 519’s Ballroom featuring Drag Race season 11 queen Yvie Oddly performing alongside local queens Tynomi Banks, Fay Slift and Jada Hudson. The Illustrious Blacks will also be on the decks.

This Is The Kit at Drake Hotel doors 8 pm. $18.50. rotate.com. soundscapesmusic.com,ticketfly.com. July 9.