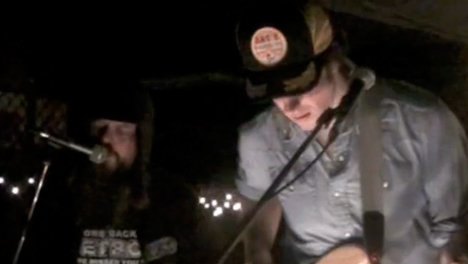 Toronto indie rock icon Ian Blurton has been circulating CDRs of a new solo album, Happy Endings, which sees him expanding his rock roots to include trippy experimental sounds, Stones-influenced blues grooves and even disco rock.

The recording features a number of special guests, so he’s teamed up with Hamilton’s Huron to reinterpret the material live.

Huron began the night without Blurton, playing a set of their own tunes. Think stoner-friendly classic rock with occasional touches of country. They’re a good band, but didn’t really shine until they teamed up with Blurton later in the night. Impressively versatile musicians, they easily adapted to the tangents Blurton chases in his new songs, and gave the eclectic material a more consistent sonic fingerprint.