In Memoriam: Freddy Pompeii of Viletones and the Secrets, 1947-2017

"He was significant, being involved in the band that I think was the premiere punk rock band in Canada,” says Don Pyle. “He was also so generous in supporting other artists." 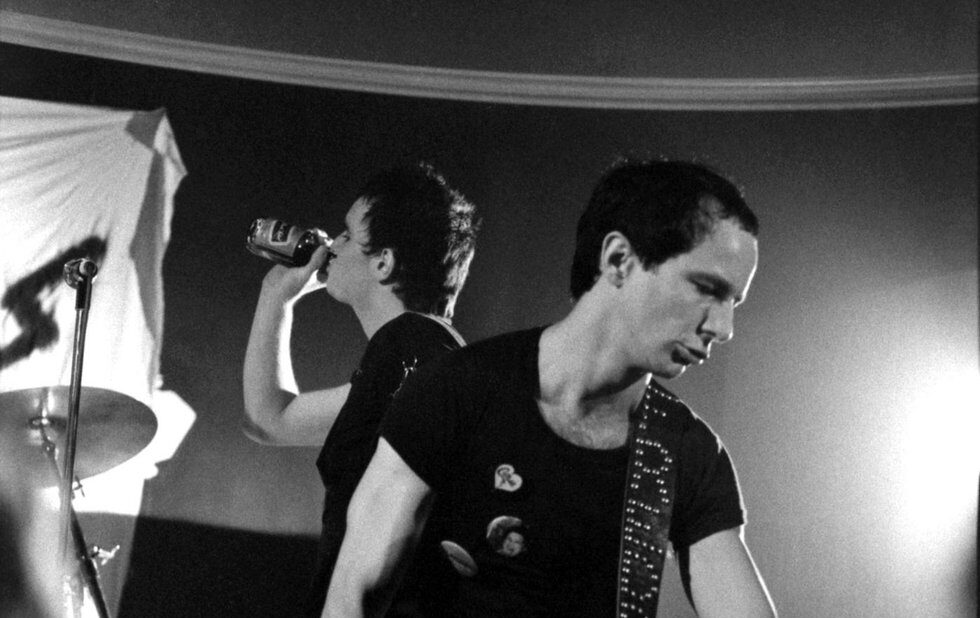 Toronto punk legend Freddy Pompeii, former member of Viletones and the Secrets, passed away from lung cancer late Saturday night (May 13) at the age of 70.

A fundraiser to assist Pompeii with his medical bills featuring first-wave punk bands like the Diodes, the Curse and the Dents took place at the Garrison in February.

Born in Philadelphia on January 9, 1947, Pompeii (real name Frederick DiPasquale) left South Philly in the early 1970s and moved to Toronto for what he felt was a more thriving music scene. It was there that he met his wife, Margaret Barnes (aka Margarita Passion), and answered an ad placed by Viletones singer Steve Leckie in the Toronto Star.

After much delay, Viletones finally played their first gig at Toronto’s the Colonial in 1977. A month later they played on an all-Canadian bill with Teenage Head and the Diodes at New York City’s punk institution CBGB. Not long after, the band gained public notoriety as the subject of a Globe & Mail article titled “Not Them! Not Here!” That same year they released their debut single, Screamin’ Fist, on their own Vile Records imprint.

With their gang mentality and violent gigs, Viletones quickly became known as “Toronto’s most notorious punk band.” However, in 1978, Pompeii, along with band members Chris “Hate” Paputts and Mike “Motor X” Anderson quit the band and formed the Secrets with former Diode John Hamilton.

After getting into some trouble with the law, Pompeii retreated back to Philadelphia, where he got a job and played in bands. But it was Viletones where his heart belonged.

“[Being in Viletones] was like the best time I’ve ever had in my life,” Pompeii told Liz Worth, author of Treat Me Like Dirt: An Oral History Of Punk In Toronto And Beyond, 1977-1981. “Everything we did was fun. It was a big rush and it just felt so good.” 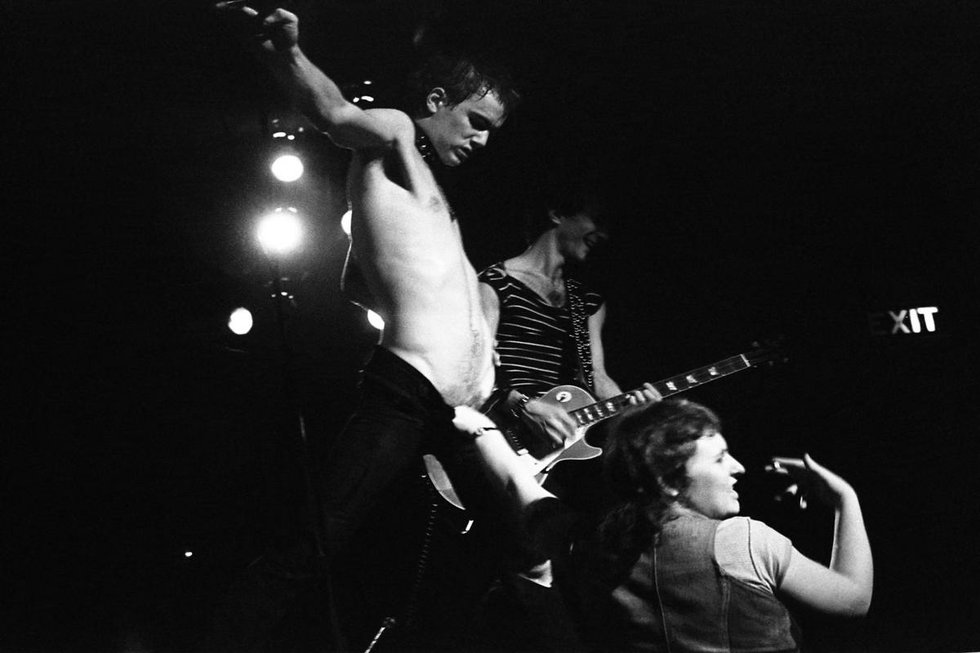 Pompeii was diagnosed with Stage 4 cancer in both lungs in 2016. He was given nine months to live. Just months earlier, he had been onstage at the Rivoli playing a gig with the reunited Secrets. But it was obvious that something was wrong.

“He was very frail and in pretty rough shape,” says Don Pyle, a Toronto punk historian and friend of Pompeii’s. “He even got winded walking up the few steps to the stage at the Rivoli.”

Pyle first met Pompeii in Viletones’ early days. As a teenager, he fell in love with the local punk scene, becoming a vital part of it through his photography (and later on in bands like Crash Kills Five, Shadowy Men on a Shadowy Planet, Phono-Comb and, currently, Long Branch). In 2011 he published Trouble In The Camera Club, a book of essays and photographs of his time attending punk shows between 1976 and 1980 that featured a lot of Pompeii and the Viletones.

“I was a big Viletones fan and always afraid of them until he approached me,” remembers Pyle. “Freddy began recognizing me at the shows. I was only 14 or 15 when I started to go see them play. I saw them so many times that he started putting me on the guest list and even buying me drinks when I was around 15.”

Pyle was a regular at New Rose, a shop that Pompeii and Margarita Passion opened on Queen East in the late 70s that sold shirts and records.

“He got me to make shirts for the store using photo transfer paper, so I had this little business going that was supported by him and his wife,” Pyle says. “He also encouraged me to bring in my photographs, and they would hang them up on the wall in New Rose, which was a big deal. That was the first place my photographs were up on display where other people would see them.

“He definitely shaped my feelings about music as a community and creating support for other people,” he adds. “He and Margarita would invite me into their home and feed me. He was very generous and antithetical to what people thought about punk rock. They were just very supportive of anybody who needed anything.”

Pyle remembers Pompeii as a different kind of person onstage. He lived and breathed punk rock when he strapped on his guitar, and wasn’t afraid to have a go with the crowd.

“He was very reckless onstage, but he looked so good doing it,” he says. “He was supremely cool in his ripped clothes, which was before it became a thing. He would antagonize the crowd to the point where they were basically ripping his clothes off. There was real danger in how he presented himself – it was completely about immersing himself in this violent music they’d be playing.”

Pyle lost touch with Pompeii over the years, but hearing him talk about one of his heroes, you can sense that Pompeii will be remembered by many as one of Canadian punk’s greatest.

“Obviously he was significant, being involved in one of the very first punk rock bands here, and the band that I think was the premiere punk rock band in Canada,” Pyle says. “He was also so generous in supporting other artists. He was friendly and not competitive, funny and really goofy. He always wanted a good laugh.”

To get a better sense of Pompeii’s larger than life personality, check out the 2016 interview he did with Fucked Up’s Damian Abraham for the Turned Out A Punk podcast.

One response to “In Memoriam: Freddy Pompeii of Viletones and the Secrets, 1947-2017”