Invisible City record shop has reopened at 1265 Dundas West (at Dovercourt) after leaving its second-floor space on Geary this. 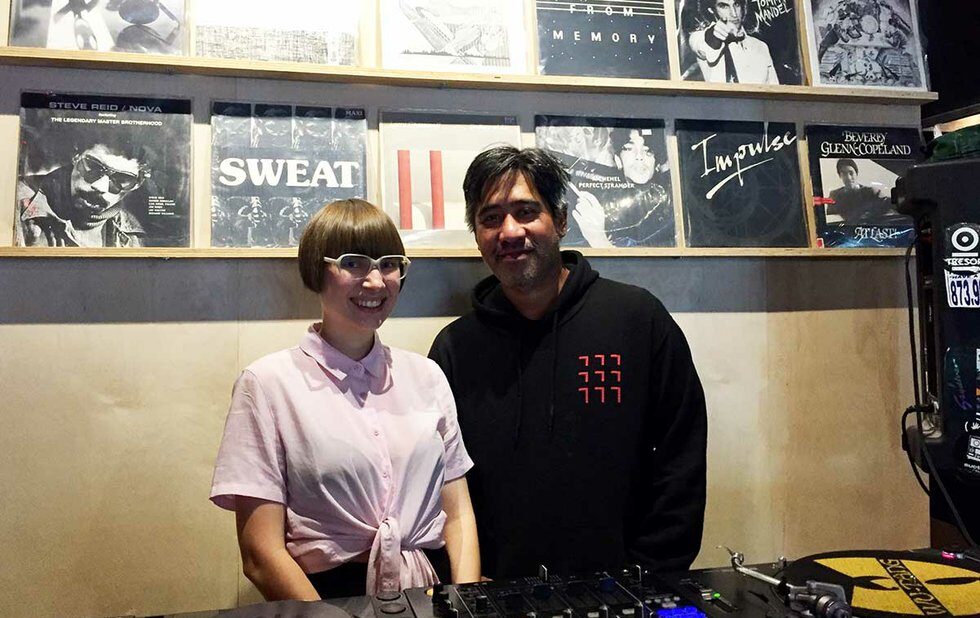 Invisible City record shop has reopened at 1265 Dundas West (at Dovercourt) after leaving its second-floor space on Geary this summer. The store has taken over what was previously Mr. Flamingo restaurant, although a small bar operated by owner Mikey Apples, offering coffee and beer, is still maintained inside the store. And it’s now directly above Bambis nightclub (also owned by Apples), a hotspot for electronic music.

Business has been great so far, and weve only been open for a week. Its actually good to be near other stores, says owner Gary Abugan, who DJs as Invisible City Sound System. People are more knowledgeable and buying more records these days.

At the front of the store is a small cafe space with a few tables and chairs perfect for when DJs are performing at the store. On weekends, IC Radio, which operates out of the store and features local and international artists, can be streamed through Facebook.

Invisible City started as an online store nearly 10 years ago, eventually collaborating with City Beat Records and Toronto Radio Project on College Street. In 2016, it opened a brick-and-mortar shop at 165 Geary, above a space that was used for dance music shows on weekends. However, now the building is mainly used for weddings and corporate events.

In addition to the shop, which focuses on highly curated, cross-genre records, Invisible City comprises of a record label and concert programming.

On October 12, theyre bringing Amsterdam-based techno DJ Mark Knekelhuis to Bambis. Schutte, who DJs under the name Milch, is opening.

Here are a few more photos of the shop.