June Records is opening a venue 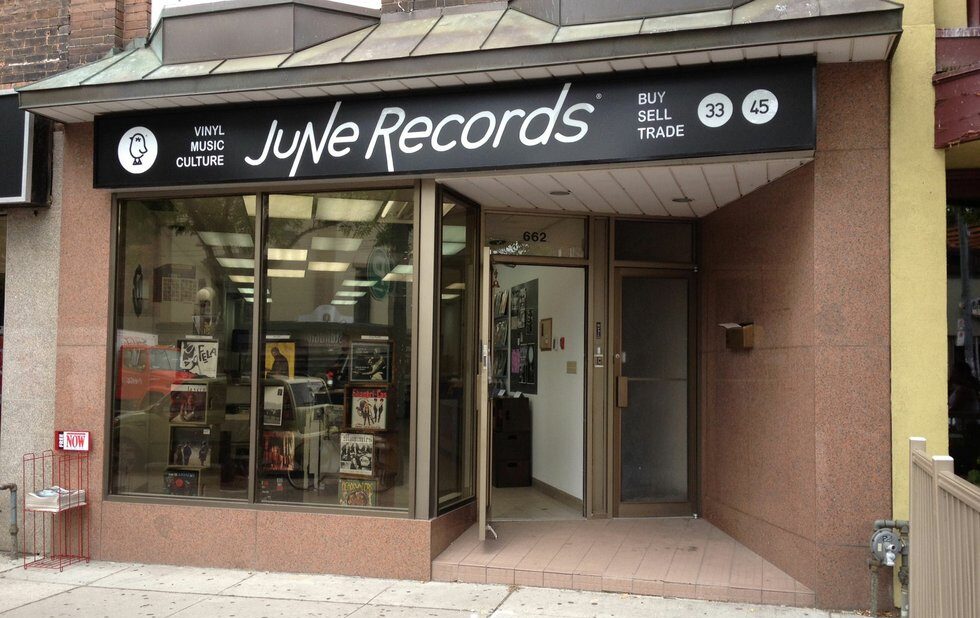 Aptly titled June Space, the 500-square-foot speakeasy-style venue at the back of the College Street shop transforms space previously used for office quarters and merchandising and will come equipped with a custom-built reggae sound system from the 80s. Once completed, the space will hold 30-40 concertgoers with a coffee and beverage station that can be used as a bar for licensed Special Occasion Permit events.

The space soft-launches with a private launch party for the new Cosmic Resonance compilation Cosmic Residents Vol. 1 this week, but owner Ian Cheung says it won’t open for public events until (fittingly) June.

“It’s a little stressful. We don’t know if it’s going to make the space feel too dense or too overwhelming,” admits Cheung. “But it’s a risk we’re willing to take.”

Cheung says the initial conversations were prompted about a year ago by the city’s escalating venue crisis. As small venues disappeared, he felt the responsibility to step up.

“One of the final blows was when Faith/Void called it quits,” Cheung says.

He hopes the room will help fill a void left by the departure of alternative spaces like Double Double Land, D-Beatstro and Holy Oak, imagining the space as somewhere emerging artists can play record releases and locals can test out new ideas in a more informal environment, invoking events like ambient/drone night Casual Drones and improvised music series Track Could Bend. “Apart from maybe Tranzac, there aren’t too many [dedicated rooms] that are even like that.”

Cheung hopes to schedule events across daytime, early evening and late-night slots, with the shop shutting down for sets when events run past close. Each member of the staff will have the opportunity to organize a monthly event.

He promises all staff will complete safer space training through Dandelion Initiative and wants to extend an invitation to the organization to use the space for semi-regular trainings.

“We’re gonna try a lot of things in the beginning,” he says.

Cheung admits it’s as much a practical decision as it is motivated by idealism, citing a marked drop in foot traffic over the last two years while noting “people in this city are becoming rent-poor.”

In the grand scheme of things, he believes inviting the community into the shop will have a mutual benefit.

“For the morale of the city and the community, I think these things add up. The more people you have doing things like this, the more distribution of wealth there is culturally.”