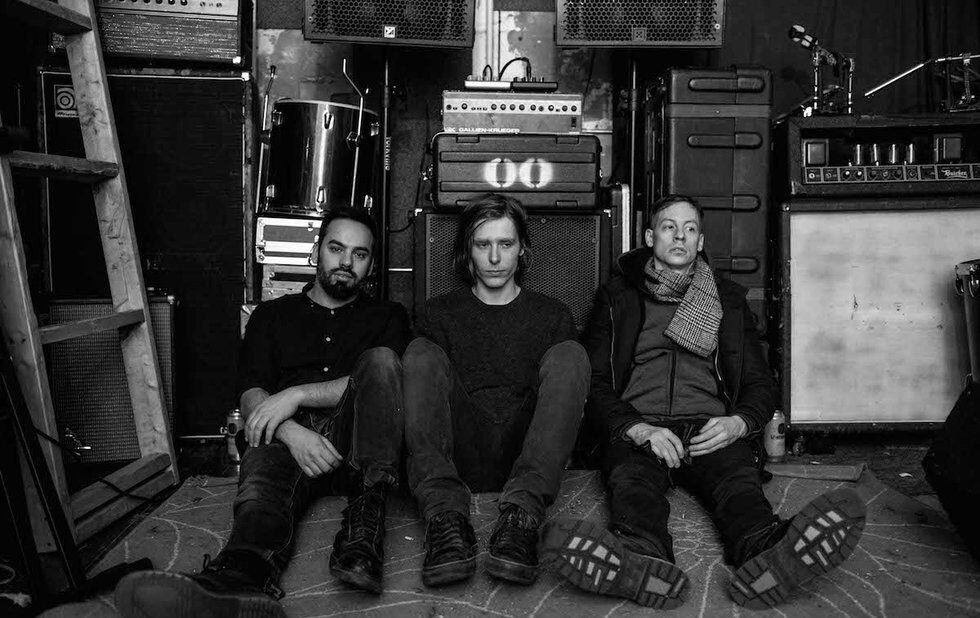 Virtual reality interview with Odonis Odonis in a 1975 Boler trailer.

Steve Sidoli and Jon Schouten started Telephone Explosion a decade ago, primarily as a way to put out tapes for their own band Teenanger. They started out as a cassette-focused garage rock label, but they’ve weathered a ton of change in both the music industry and in Toronto. Their identity has changed with it, but their scrappy DIY ethos remains intact.

On June 8, the label celebrates 10 eventful years with a blowout show at Lee’s Palace. The lineup is most of the roster – Odonis Odonis, Freak Heat Waves, New Fries, Andre Ethier and the aforementioned Teenanger. Those bands run the gamut from synthy industrial to snotty punk to angular new wave and soft sophisticated songwriting, but it all somehow feels like Telephone Explosion – which means they’ve been doing their job.

“Telephone Explosion is this amazing vehicle that lets us connect to so many special people through our mutual love of music,” says Schouten. “In a lot of ways it feels like we’re just getting started.”