The SOCAN Foundation, Girl Connected and Keychange have all recently launched programs to create opportunities for female-identifying and gender-nonconforming musicians 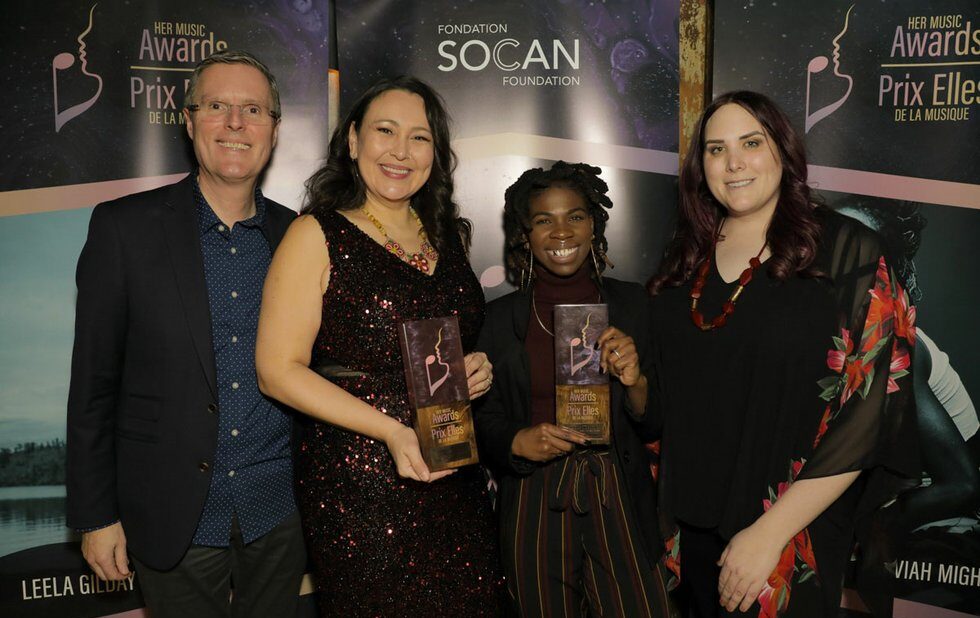 In August 2018, a coalition of researchers from Australia and Canada published a study called The Status Of Women In The Canadian Arts And Cultural Industries on behalf of the Ontario Arts Council. The study found that while gender representation was fairly equal, there was considerable imbalance in available opportunities. To address the industry-wide inequality, a number of new initiatives are taking aim at furthering opportunities for female-identifying and gender-nonconforming musicians.

On February 6, The SOCAN Foundation held its inaugural Her Music Awards, where Toronto’s Haviah Mighty and Yellowknife’s Leela Gilday took home $5,000 each. The new annual juried award, created by SOCAN Foundation’s executive director Charlie Wall-Andrews, evaluates applications “on the basis of the quality of [the artist’s] musical work, career potential, as well as the impact that receiving an award would have on their personal development as an artist.”

On February 28, Lola Plaku, in partnership with the government of Canada and FACTOR, will launch the Girl Connected Music Mentorship Program at Daniels Spectrum (tickets here). Plaku, the founder of artist branding and development company Lola Media Group, hand-picked 20 Toronto-based women for the project, pairing them in year-long mentorships with a music industry executives based on their areas of interest.

“I’ve dedicated much of my career to contributing to the growth of artists, and I’m excited to do the same for women who are pursuing a career in the music business or are already a part of the industry but looking to elevate,” Plaku tells Billboard.

Keychange is also launching a development program for 2020. The European initiative, which has 45 music festivals around the world committing to gender parity within their lineups by 2022, has launched the program worldwide, with participation in Canada coming from FACTOR, the SOCAN Foundation, MUTEK Montreal and BreakOut West.

“The Keychange talent development programme lies at the core of the initiative,” says Christina Schäfers, Keychange’s lead. “While the pledge encourages organizations to book diverse talent, we’re helping the talent get to their stages.”

Keychange has selected 74 artists and professionals from 12 different countries as “future leaders” to take part in the program, which includes network meet-ups, mentoring and a “creative lab” that will take place at one of 13 music festivals also partnered with Keychange in their gender parity efforts. Those labs include showcasing and public-speaking opportunities, workshops, studio sessions, master classes and more.

Of the 74, there are eight Canadians, including artists Kimmortal, iskwē, kroy and Hello Delaware and “innovators” Mar Sellars, Katrina Lopes, Rebecca Szymkow and Savannah Wellman.