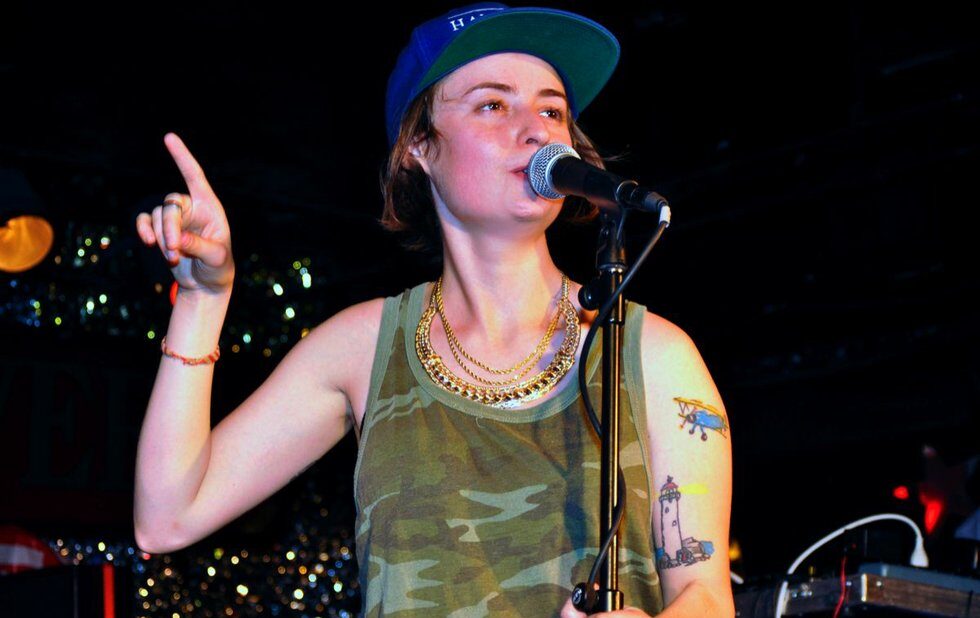 Carmen Elle has watched venue after venue close, turning the city’s indie music scene into a community without a lot of places to play. Now, she’s decided to do something about it.

On September 21, the DIANA singer will open Less Bar at 834 Bloor West (at Shaw) – a socially conscious bar/event venue to fill the void created by all the vanishing venues, especially the Holy Oak and the Silver Dollar.

But Less Bar plans to put specific emphasis on space for people of colour, female-identified, trans and queer people.

“Toronto has this beautiful huge community of DJs and kids and musicians who are really keen to get in there and make the city, but that hasn’t really been reflected in the downtown bubble for a long time,” Elle tells NOW. “There’s this fraternal nepotism where the same few people live close to each other, book shows, hang out at the same spots, play for the same audiences and [release their music] on the same labels.

“It’s not an inherently malicious model, but we thought it would be good to actively carve out channels for other acts to find their way to these parts of the city and these bills,” she adds.

Less Bar will be booked, managed and run by Elle and owned by Kevin Kennedy, her former manager in the band Army Girls and the owner of the bar’s two previous incarnations, Wolf Like Me and Homestand.

It’s Elle’s first time regularly booking shows, but she says being an active musician in Toronto readies her for it. Less is a small space with a capacity of about 45 but, as with Holy Oak or the venues that briefly proliferated on Geary, she sees that as an opportunity for established musicians “to come do whatever the fuck they want,” which she calls “an important creative outlet when you’re playing the same album for a year and a half.”

She also envisions DJ nights, collaborations, poetry readings and music-for-film events. “I might even slip in a Harry Potter trivia night,” she says.

Less Bar will be licensed, but Elle, who doesn’t drink, says there will also be a strong emphasis on non-alcoholic drinks like club-mate, cold brew matcha over tonic water, kombucha, water kefir and craft sodas.

Inspired by the Chicago bar The Violet Hour, Less will have a set of house rules. Elle (who is also working on a new album about empathy) says they’re not meant to enforce order, but to inspire an anti-discriminatory mindset and “to send a message that it’s a mindful space, and to pay attention to the music and each other.”

The house rules are as follows:

No cell phones. If you want to text through your date, please take it outside

No Racism, Misogyny, Homophobia, Bullying or any other bullshit

Respect the space that includes the bartender, the other patrons and yourself

Every show will begin with a land acknowledgment.

So far, Elle has booked about five shows until the end of September. The opening party will be Queen of Swords and Witch Prophet on September 21 (both of whom will also be playing the upcoming Venus Fest, along with DIANA), along with DJ Sun Sun. On September 29, Less will host Kieran Adams (DJ Vibrant Matter), Thom Gill (DJ Platinum Travel Rewards) and Katie Marie Lavoie. (Details for the other shows have yet to be announced.)

The idea is to encourage the community to take ownership. It’s about them, not the space. Hence the name Less Bar.

“I just put the word out in a closed group on Facebook and the response has been insane,” she says. “People want in.”