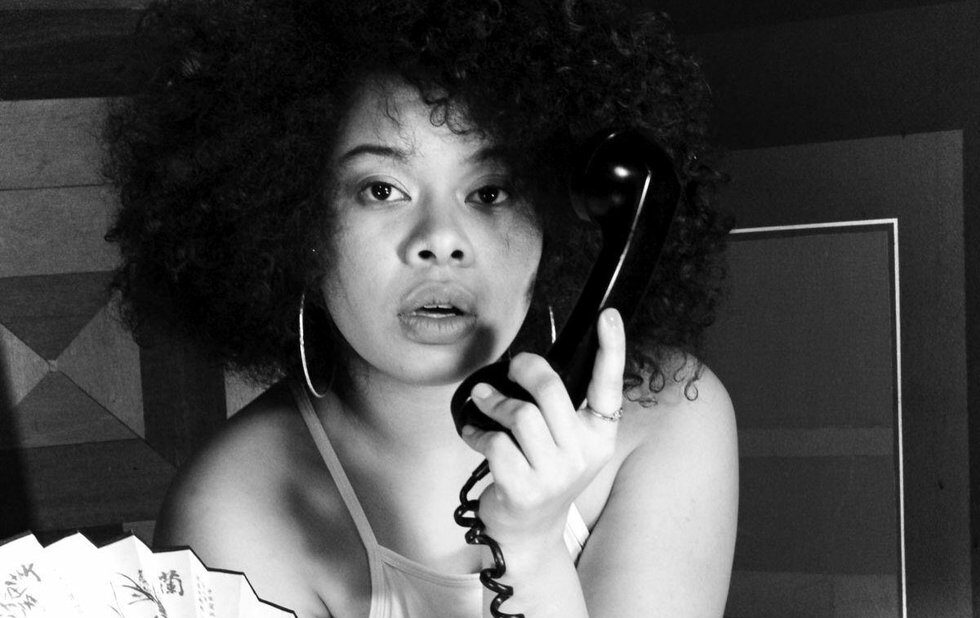 Kamilah Apong has some advice for Canadian arts institution gatekeepers: Listen to the youth.

Lil Sis is a new grassroots, youth-led, youth-focused artist resource centre. It arose from the youth-focused Regent Park open mic series Hummingbird, which put on more than 40 events since 2015.

Hummingbird was known as a safe and positive space for young performers, many of them high schoolers, to cut their teeth on a live stage with a live band, Unbuttoned.

For many of the under-19 open mic-ers, it was their first time performing, and it doubled as on-the-job training they couldn’t get anywhere else. And they often came there with a lot of questions.

“If you’re young and you want to perform, it can be very difficult,” says Kamilah Apong, co-founder of Hummingbird and Lil Sis and a member of the Toronto disco project Tush. “It’s expensive to rent a rehearsal room and rent gear and pay your musicians. And then if you want to actually perform, most venues are 19-plus. When you’re a teen, that’s such a great time to start exploring music or other performing arts. But it’s a hard thing to do without capital.”

Though Lil Sis can’t run in-person open-mic events right now, they help with the capital; not just money, but connections and know-how – things that aren’t afforded equally to young, racialized musicians. They wanted to formalize the mentorship that was happening at the open mics.

So, with the help of a grant from the Youth Opportunities Fund (a subset of the Ontario Trillium Fund), Apong and her six other collective members launched Lil Sis last month. Now they’ve expanded into education, research and resource-building for young artists, especially QTBIPOC artists.

Lil Sis has come out of the gate amplifying the voices of its community with a research report entitled “It Feels Like Having A Sugar Daddy. But In The Worst Way”: Thoughts From Racialized 2SLGBTQ+ Youth Artists In The Toronto Scene.

Based on focus groups that started in 2018, the report uses the artists’ own words to articulate five common experiences they share. It also makes five recommendations to art institutions on how to make their organizations more inclusive and diverse.

“This summer, at the height of the Black Lives Matter protests, there were a lot of conversations being had, especially in the arts sector,” says Apong. “We realized it was a really good time to have something solid for organizations that are just starting out, or that want to change some of their policies, to use this as a document.”

After the death of George Floyd, arts bodies rushed to post a black square on Instagram and promise internal change. But some have questioned how sustained their actions have actually been. For many, there are ingrained systemically racist or homophobic policies that can’t be undone overnight with a donation or diversity training module. The report, Apong hopes, is a jumping-off point.

“If you don’t know where to start, here are some things to think about,” Apong says. “It’s a helpful refresher that [anti-oppressive] actions aren’t just one-offs. It’s clear from what the artists said – these are things that are continuous. You have to constantly check in on your practices and policies.”

As colourful a research report as you’re likely to ever read (literally and figuratively), it’s meant to be accessible and user-friendly. The goal is for gatekeepers to read it carefully and actually implement some of the advice.

Apong has been emailing it to FACTOR, SOCAN, the Canada Council for the Arts and other organizations, saying “you need to read this.” She doesn’t want it to be fetishized as a case study, but to be the start of an actual decisive action plan.

Among the experiences described is the desire for physically and emotionally accessible spaces run by and for queer people. Another is the feeling of having to hide parts of their identities to gain access to arts work and spaces or, alternately, having to exploit their identities or amplify and relive trauma.

Even in their diversity and inclusion work, the report says, arts organizations often recreate the same systems of oppression. Lil Sis recommends making room for all experiences of being racialized and queer and being accountable when seeking out diversity – which means that the work should be continuous.

“For people who are denying that there’s something wrong with the system, this is a great way for you to be like, okay, you know what? Maybe we do need to open up proper opportunities for QTBIPOC artists,” says Alma Ahmed, another founder of Lil Sis, on the same Zoom call. “We’d just love people to read the report front-to-back with an open mind at least once.”

There’s been a conversation happening on Twitter over the last week questioning the funding decisions of FACTOR, the country’s biggest music funder. Very affluent and well-funded artists continued to receive grants, people noticed, while many underrepresented musicians are nowhere to be found.

“It’s not enough just to advertise and have grant-writing programs for women and Black people and gender minorities,” says Apong, who is a FACTOR juror herself. “If we’re just using the same system to advertise to the people who are not being served, ultimately you’re not changing anything. You’re just asking people who are underserved to join a broken system. A better response is to get to the root cause of why people aren’t applying and being successful.”

Lil Sis’s advice is to diversify funding, to remove the barriers between racialized and queer musicians and the grant world, allowing them to speak in their own dialects; and to allow video and in-person applications rather than just written essays that often leave out nuance.

“Trust what we say and our work without having to make it conventional to your board of director or executives,” the report says.

Back in June during the Black Lives Matter protests, New Feeling Co-op created a directory of Black Canadian artists so people could hire them and support them by buying their music. It was one of a few different directories and spreadsheets floating around, but since those take time and money to maintain, they weren’t continually updated. Lil Sis has taken over the project and is asking Black Canadian artists to fill out a form for inclusion. Filling it out offers you a chance to win a $50 Visa card.

Next for Lil Sis is developing a series of workshops (which come with honorariums) on soft skills, like how to clap back if someone is condescending to you or trying to underpay you for a gig; and harder skills like portfolio building and professional head shots.

“Thinking back to when I first started out, the amount of shit that you have to just kind of figure out on the fly – that’s why we want to be able to give young artists a toolkit,” says Apong.

Surveying the needs of trans artists in Canada

A similar grassroots approach is happening for trans artists in the Canadian music industry.

MusicOntario’s PRISM Advisory Committee, which advocates and creates opportunities for queer creators and music industry professionals, is teaming with Music Publishers Canada to create a new mentorship and professional development program called the Trans Producers and Songwriters in the Studio Program, which will launch in 2021.

Rather than start planning, the group wants to hear from trans artists directly and has set up a survey. They want to hear from as many people as possible by the end of November.

“As we were planning it, we realized this isn’t going to be like any other professional development program,” says PRISM’s Erin Carroll. “Different communities have different wants and needs. So we wanted reach out to the community and see what’s actually needed.”

The program arose from fellow PRISM member and Canadian musician T. Thomason, who realized his single HOPE might be the first song by an openly trans Canadian artist to have hit top 40 radio.

“I wondered why, in 2019, was I potentially ‘the first,’ and where were all the other amazing Canadian artists who are also openly and proudly part of the trans community?” he asks. “How could I make sure I was the first of many? How could we move towards the guarantee that being openly trans in music is not a recipe for being pigeonholed, tokenized or overlooked, so that more artists feel able to be their authentic selves?

“It frustrated and exhausted me that as I grew my career there was no trans representation in the more established songwriters and producers I was being directed towards. It confirmed to me that trans people in music are of course facing versions of the same issues we face everywhere – lack of representation, lack of opportunities and lack of support needed to self-determine what the future for trans creators in the music industry looks like (among many others).”