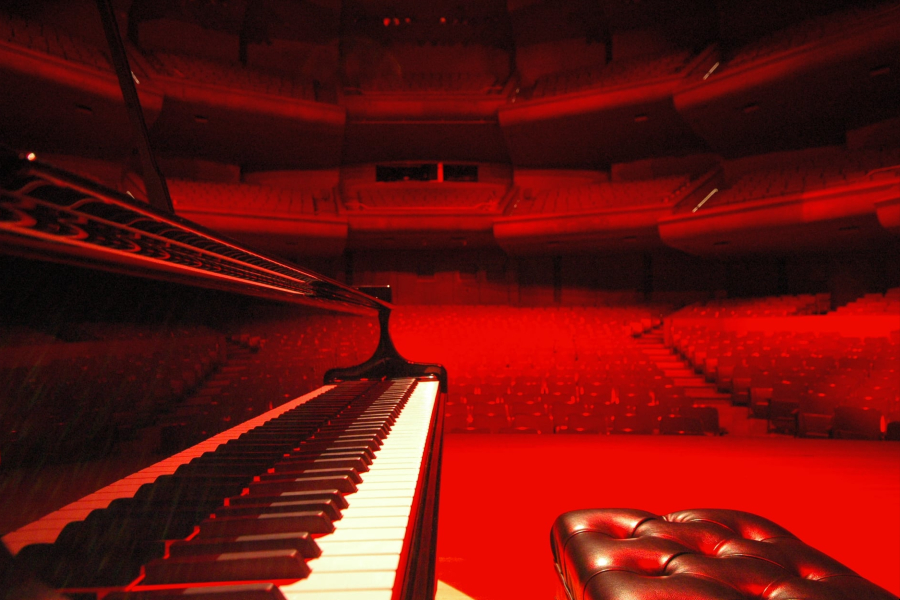 Roy Thomson Hall is one of many Toronto venues going red on September 22.

Get ready to see red tonight.

On September 22, live venues and theatres across Toronto, as well as the rest of Canada, will light up red.

The event is part of a day of visibility for the live event community called #LightUpLive organized by a group called Live Event Community.

“The effect of shutting down a $100 billion industry in Canada will have unimaginable impacts on both companies and individuals,” Live Event Community writes on the #LightUpLive website. “Already, the vast majority of live event workers have been out of work or on government support since March, with no end in sight.”

“The arts, entertainment and recreation sector lost 152,000 of 486,100 jobs between June 2019 and June 2020, and 86 per cent of businesses experienced a high level of impact due to the decrease in demand or cancellation of services. Those that are still employed have seen a 45 per cent reduction in hours worked.”

Though some Toronto music venues have started to reopen for livestreams or 50-capacity concerts, there are still many events workers out of work due to the COVID-19 pandemic.

With new cases rising nationally, it’s hard to see an end in sight. Along with visibility, the group is asking the government for financial support for live event workers as well as assistance for companies “throughout the supply chain who work to create, produce, manufacture and support the live event industry.”

“We were the first out and will be one of the last to return,” they write.

The people behind the scenes of a concert or play rarely get the spotlight. If they’re doing their jobs well, you often don’t even notice them. But this event symbolically gives them some attention, while waking many venues from their slumber.

There are more than 50 venues in Toronto participating, from concert halls to comedy bars, theatres, hotels, university buildings, arenas, parks, public squares and even the CN Tower.

The exteriors of the venues will go red tonight (Tuesday, September 22) an hour after sundown.