The Blueprint 3 (Universal) The only thing bigger than Jay-Z's ego is his immense talent. The proof is all over. 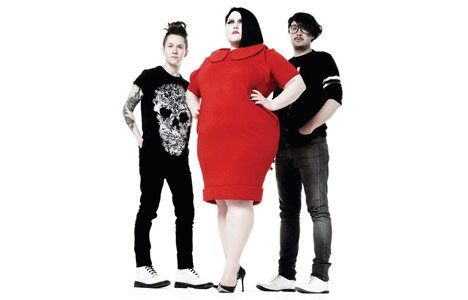 The only thing bigger than Jay-Z’s ego is his immense talent. The proof is all over his latest multi-platinum effort, whose fantastic guests and iconic tracks are bound to evoke this moment in time for years to come.

Obsessive, exhaustive and essential, the first instalment of the long-rumoured Archives Project proves not self-indulgent but irresistible. Despite this collection’s immense breadth, I can’t wait for more to come.

The Things We Left Behind (WEA)

The range of emotion and styles on this sprawling but not sloppy double disc effort make it the best music Blue Rodeo has put out in years. It is at times massive and monumental, at others painfully intimate.

The “Other Guy” to Jack White in the Raconteurs, Benson delivers a passionate and powerful guitar-and-strings-drenched sound better than anything he and his buddy put out with that other band.

They’ve got plenty of political credentials, with key spots on the True Colors Tour and an important role in Sony Music’s LGBT-friendly Music with a Twist label, but the soulful dance sounds of Gossip don’t just trans-gender, they trans-genre.

Sometimes super-groups really are super, and with a roster that includes David Grohl, Queens of the Stone Age’s – among others – Josh Homme and Led Zep bassist John Paul Jones, these guys are even better than might be hoped. Crisp, clean and ageless, this is big, satisfying rock.

With more hooks than a tackle box, Streetsville sensations Billy Talent put out their best, most musical disc yet. Ben Kowalewicz sings more and screams less, but there’s still plenty of punch in an excellent release that shouldn’t be ignored just because it’s selling.

Somalia’s gift to Canada will be introduced to the world when his Wavin’ Flag becomes the official song of South Africa’s World Cup. Toronto audiences have already been wowed by his super talent, and his latest disc offers further proof of a major artist getting ready to explode.

Dripping synths and sentiment, this perpetually promising band wields top pop tunes in a trancy, dancey disc that deserves to be their breakout.

DJs Diplo and Switch live a dub- drenched double life on this phat-bottomed dancehall sound. We can be glad they met working with M.I.A. and have jammed this infectious disc with plenty of guests on vocals.