The Mod Club is relaunching as the Axis Club in September

The new venue has updated the sound, lighting and tech with an eye towards hybrid in-person/livestreamed concerts 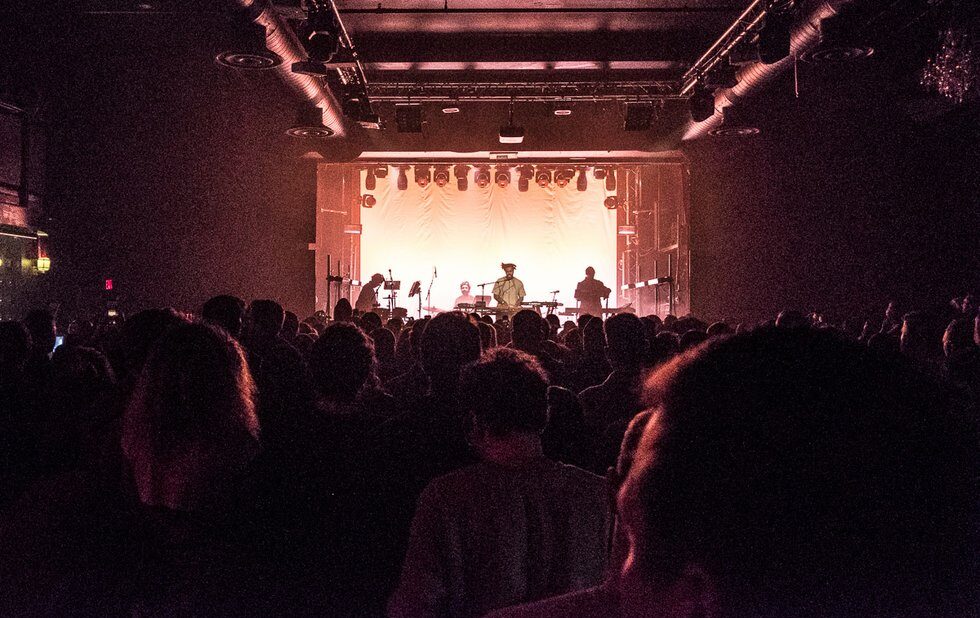 Toronto’s music scene suffered a major loss late last year when the Mod Club announced it would not be returning after the COVID lockdown. But as musicians starting booking concerts for the fall, fans quickly saw that there were still concerts being announced at 722 College. Only, it was now called the Axis Club.

Today, it becomes official. The former Mod Club will indeed be opening as a new music venue called the Axis Club. The new spot will launch on September 9 and 10 with an opening event called All Axis Festival.

The lineup for the festival isn’t announced yet, but the new general manager Orin Bristol tells NOW it will be all local artists. The venue’s capacity is 618, but the amount of people they let in for the launch will depend on the COVID restrictions in September. But it will also be streamed on the Toronto-based ticketing and livestreaming platform, Happin – a new partnership that’s built into the club’s identity. A portion of the ticket sales will go to Unison Benevolent Fund, which provides emergency relief for music industry workers.

“The Mod Club was legendary for a reason,” says Bristol. “There were people coming to the Mod Club 15 years ago and their kids are now coming to events in this space. But after that much time there’s only so much you can do. Now, we can bring it into the future. This will not be your dad’s concert venue anymore. It will be a new, fully updated venue that has probably the most up-to-date lights, sound, video in the city.”

Bristol comes from INK Entertainment where he was the director of venue operations for places like Rebel and Cabana, and previously operated clubs like the Guvernment and Circa. Venue manager Jorge Dias is carrying over from Mod Club. They’re working with Alex Patton and AP Productions (Boots & Hearts, OVO Fest, WayHome). Bristol is also helping relaunch Revival and the Markham Fairgrounds Complex.

He has decades of experience with Toronto venues, but he says he feels like he’s entering a whole new world. The pandemic has upended the traditional club and venue standards and now operators have to be flexible about putting on shows with lower capacities and more restrictions.

Since Mod Club closed, they’ve been outfitting and retrofitting the room with sophisticated sound, video and lighting, including an “overwhelming” LED wall. It’s now a mini-broadcast and production facility with a permanent multi-camera setup and other choices made specifically for livestreaming.

“I don’t think there are any rooms of this size in the city with this much tech put into them,” says Bristol. (Maybe the El Mocambo.)

The All Axis Festival will be a hybrid in-person/livestreamed virtual event, and those kinds of shows will be part of an ongoing booking strategy. The green room has been wired for virtual meet-and-greets, virtual gifting and donations, merch sales and more. Happin is an interactive streaming platform, so it’s not just a one-way broadcast.

The calendar at the Axis Club is already pretty full with both new bookings and postponed dates from the Mod Club. Some of the first after the All Axis Festival are Arlo Parks, Badflower, Marie Davidson & L’Œil Nu, the Zolas, Crown Lands and more.

Those are mostly touring bands, but Bristol says there will also be lots of opportunities for local acts to play the stage and, through streaming, potentially play to a wider-reaching audience than they might on a Tuesday night, for instance.

“A venue this size is an important stepping stone,” says Bristol. “[The Mod Club] had the Weeknd, Drake, Amy Winehouse, Post Malone – they all played when they fit the room.”

Booking will mostly be done by outside promoters, and there are already shows on the books from most of the major companies in the city: Embrace, LiveNation, Collective Concerts and MRG.

With a lot of venues closing before and during the pandemic, many have lamented the loss of smaller and mid-size spaces for acts to play before they hit the level of Rebel, Budweiser Stage or Scotiabank Arena. Mod Club might be gone, but the Axis Club will fill that void.