Mother Mother stay diplomatic about the Olympics and Matthew Good 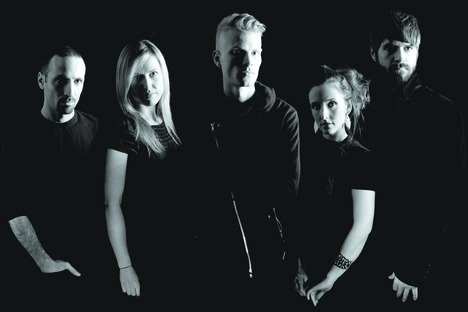 Ryan Guldemond prefers not to mix politics with the business of Mother Mother.

The five-piece Vancouver-based indie rock group, which he co-fronts with his sister Molly Guldemond, agreed to play a show during a cultural event at the upcoming 2010 Winter Games in February.

Guldemond, choosing his words carefully, says he can’t allow his personal feelings about the Games to impede his quest to get Mother Mother’s music out to potential new audiences.

“It’s nice to have some gigs come our way [because of the Games], but that’s as far as it goes, politically, for us,” he says from Montreal.

“It’s a way for us to get in front of people and play our music. It’s not in support or disagreement. [Band members] all have our own personal feelings about the Games, and we find solace in separating [those feelings] from the collective of Mother Mother.”

Pressed harder to divulge his opinion, Guldemond offers, “It’s a lot of development only to be abandoned shortly thereafter.”

“All we can go on are our experiences, and [Good] has been nothing but kind and generous to us,” says Guldemond with diplomatic stiffness. “I’d say we’re warmly associated.”

The tour caps a successful year for Mother Mother, whose O My Heart (Last Gang) elevated the group’s Canadian music profile thanks in part to the Guldemonds’ intricate vocal interplay. The band hopes to have another offering ready in the coming year.

“We’re working exhaustively, and there’s a wealth of new songs, so hopefully something will be out in 2010. If not, it won’t be for lack of material and gusto.”