Mustafa sings songs of love and loss in Regent Park

In an exclusive Canadian interview, the Toronto troubadour explains how his debut album When Smoke Rises helped him to find radical joy in moments of grief 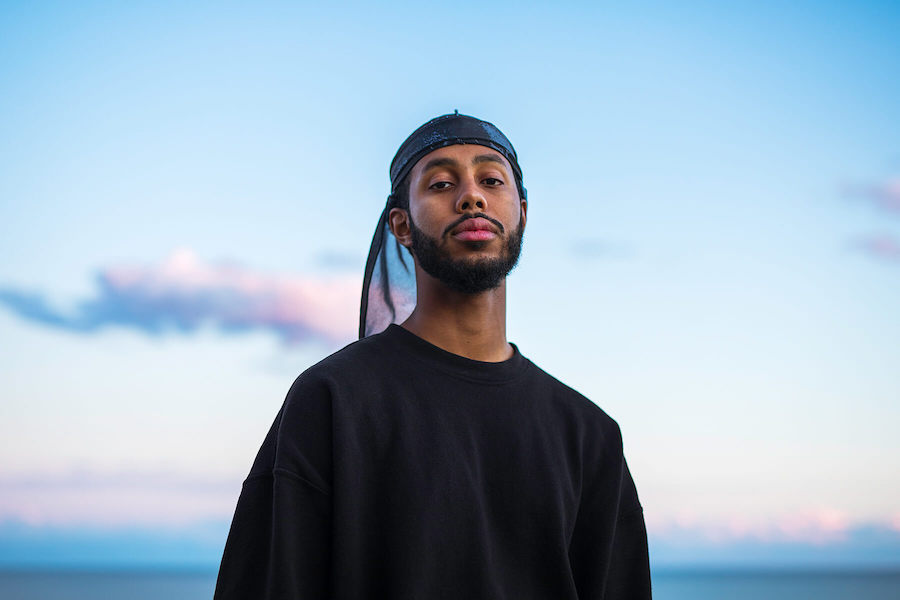 For Mustafa, repping Regent Park also means coping with extreme loss. He has a staggering number of friends to mourn.

“I want to eternalize the stories of my friends,” he says. “People look at Regent and point to the internal politics, or the fact that on every corner someone is no longer there. But, look at how people are still standing.”

Talking over Zoom from Paris, where he recently relocated for the time being, the singer/songwriter unpacks the themes that run through his upcoming debut project, When Smoke Rises, which is filled with the stories of his fallen brothers and his ends on the south side of Regent Park.

“RIP Smoke Dawg, RIP NSK, RIP Ano,” says Mustafa’s friend Capo on the album’s fifth track. “Growing up in my hood, you know what I’m sayin’, I’ve lost a lot of people…” his voice trails off.

Incarcerated for the last six years, Capo is lamenting the lives lost that he’s mourned while alone and disconnected from community. The names pile on top of each other.

Over the years, Mustafa has mostly worked behind the scenes, writing for Majid Jordan, Usher, Camila Cabello and the Weeknd. He wrote and sang backup vocals on the 2016 Starboy track Attention. Now, he’s introduced his singular voice to the world. At around 20 minutes, the album’s eight tracks are a succinct but afflicting journey into loss and Mustafa’s search for optimism. It sounds like a magnum opus years in the making.

Resilience is often a buzzword used to describe inner-city Black neighbourhoods, like Regent Park, across North America. But there is a genuine fragility and tenderness that permeate them as well. Despite whatever daily strife they go through, the communities are still standing. They experience a radical kind of joy that shines through the realities of their existence.

Full of simple guitar and piano melodies that let Mustafa’s crooning voice do all the heavy lifting, the songs are at once heart wrenching and hopeful. Vocal samples from his friends breathe life into their stories. Their laughter, their slang, their love. This is an album about people seeing themselves. It’s dropping sometime this winter and, joyously for Mustafa, Capo will be out of prison by the time the project is released.

Mustafa and his friends grew up surrounded by systemic and generational violence in the east-end Toronto neighbourhood, a perpetuating cycle of trauma that took many lives away from the 24-year-old.

His grieving was propelled into the public eye when his close friend rapper Smoke Dawg was killed in a daylight shooting in 2018. Along with the other members of their music collective Halal Gang, Mustafa felt the perception of himself change. 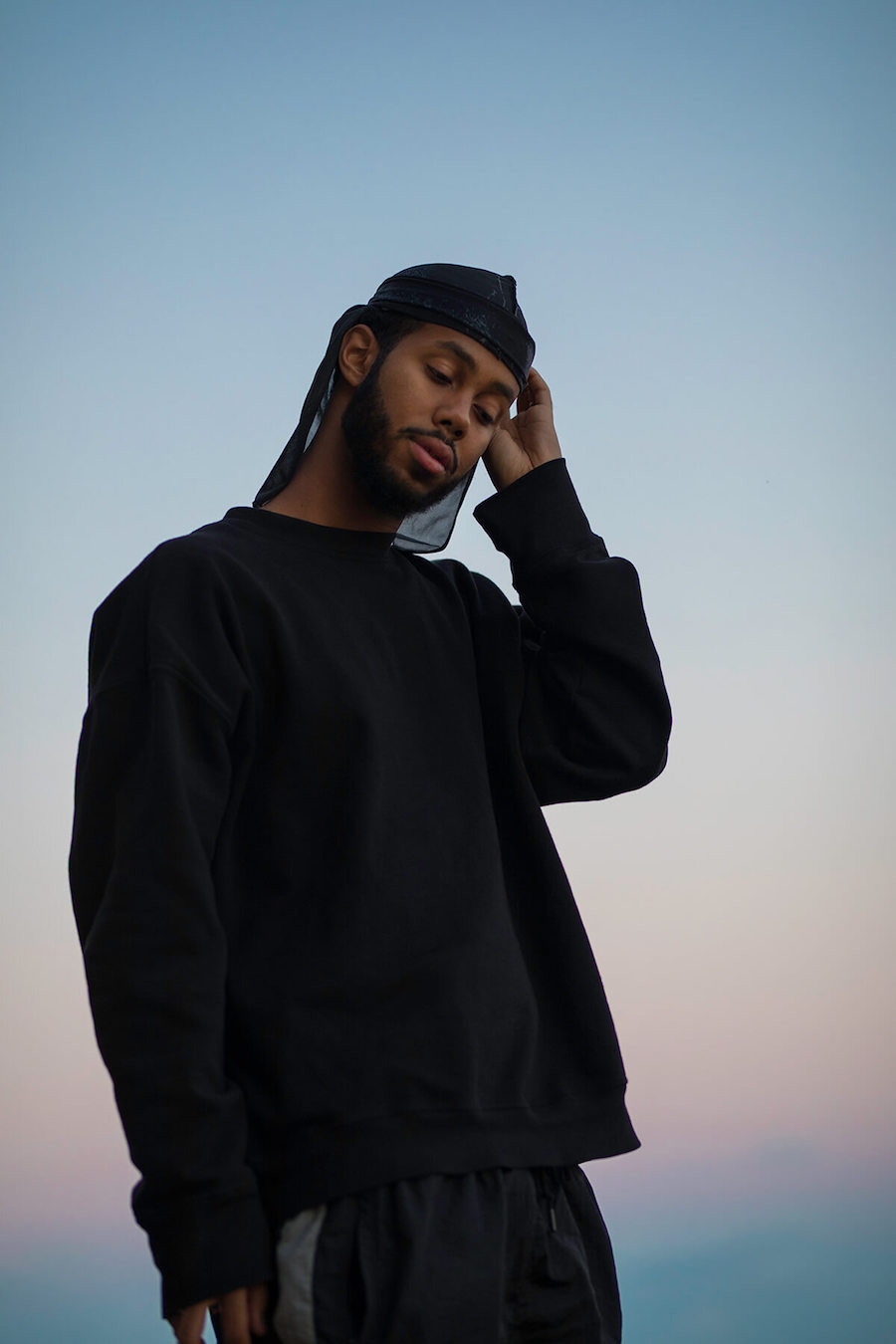 From poetry to songwriting

Mustafa Ahmed rose to prominence as Mustafa the Poet starting at age 12 with his poem A Single Rose, a breathtaking and emphatic work that introduced an artist wise beyond his years. He rose quickly and brightly, touring across North America performing spoken word. He became the poet laureate for the 2015 Pan Games.

Mustafa dropped “the Poet” suffix from his name earlier this year to create a clear distinction between that work and this new artistic endeavour. He’s always wanted to pursue songwriting but was worried he wouldn’t be validated as an artist. He credits all the years devoted to poetry for helping him develop his “language as a songwriter.”

Making the leap from poetry to songwriting has been a six-year long process. Since his self-titled debut poetry EP came out in 2014, he’s been “one to watch” in the music world. Worried he would fall flat making the transition, he took extra steps to get it right. Working with powerhouse Toronto producer Frank Dukes, he dived headfirst into songwriting for other artists before releasing his own music. In his songs, his background as a poet gives him an uncanny ability to write eviscerating lyrics.

Mustafa’s latest single Air Forces, like all the tracks on the album, is full of allusions to his friends. It feels like eavesdropping on private conversations between close confidants. Over haunting chords, his voice is gentle and pleading.

The video opens with Capo’s mother with her head down, counting 20-dollar bills in a living room with other mothers. Mustafa was adamant the video be a realistic rather than hyperbolic depiction of life in Regent.

“Don’t crease your Air Forces, just stay inside tonight,” he sings. He knows all that’s outside to greet them is territorial warfare.

During the writing process, Dukes came across a Sudanese album with ritual chants and songs about burial and war from the Dinka tribe. Mustafa’s mother remembered hearing women and children sing the same songs back home when men would leave for war. The haunting chants hang over Mustafa’s lyrics as he sings about the futility of the violence his friends encounter.

The album came together over a few weeks in spring 2019 – except for What About Heaven, which he wrote the year before and used as an anchor to guide him. The vulnerability he poured into the track led him to the thematic core of the album. Mustafa found it challenging to write these stories while still living in Regent Park.

“It was too overwhelming to attempt to write through it. I almost felt like this journey wasn’t meant for me,” he says. “Perhaps these stories we’re too fresh in my memory to write.”

.@MustafaThePoet’s music is the sonic embodiment of a deeply honest and sincere love letter to the hood and it’s unspoken intricacies. Folk music indeed. Our folks.

He ended up in London writing the album with Dukes and producers and artists like James Blake, Jamie xx and Sampha – all artists adept at building sonic worlds with space for vocals to breathe and flex over sparse tracks.

When he started writing he had just finished his short film Remember Me, Toronto with local rappers like Drake, Puffy L’z, Pressa and Baka Not Nice. In it, they eulogize their lives and their communities, which helped him reimagine his own experience. But once he realized he was going to write about grief, he thought no one would be interested.

“I’m not gonna lie, at that moment I thought, ‘No one’s going to listen to this. You’re writing folk songs about death? About grief in the Black community? No one is trying to listen to this at all,’” he says. “But it didn’t matter because it was such a necessary process for me.”

When he released the single Stay Alive earlier this year, he was quickly labelled R&B even though he considered himself a folk artist – the same pigeonholing that happens to other Black artists who make folk, indie- rock or alternative music. Mustafa pulls from the tradition of folk artists like Bill Withers, Richie Havens, Leonard Cohen and Joni Mitchell who “could write through any story and instance in their life.” 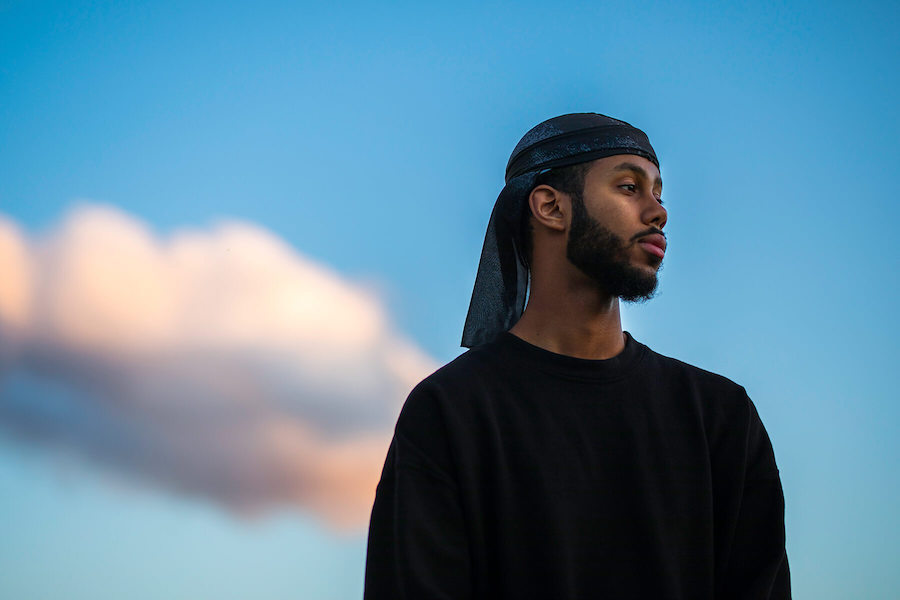 Mustafa sings about the ephemerality of life in the hood, where every aspect of existence feels fleeting and the stakes are always high. Following the loss of friends over the past two years, he has mourned publicly in ways that were out of his control. He feels more control in his music.

He noticed that the condolences on posts where he grieved his murdered friends turned out to be empty and hollow. Within a month people seemed to move on while he was still reeling. People started discussing him in his own comments sections as if he were a fictitious character they could project upon.

“People were saying, ‘All Mustafa does is talk about the dead. What’s up with Mustafa? Everything he writes is just sad, bro. He needs to go outside and get some fresh air,’” he remembers. “And then other people would respond saying, ‘Nah, man, all of his friends are dead, there’s nothing else for him to do.’”

He stripped back his online presence and stopped reading comments, but he’s still grappling. He lost his first friend, Yusuf Ali, at 17. He reminisces about him as a front runner for Halal Gang, who helped them get money to book studio time or work on anything they wanted to pursue. He remembers his friend Ali Rizeig, better known as NSK (North Side King) who he says was so fragile and sensitive, there was no way for him to survive in the community. He would always be the last person to walk away from the casket at funerals.

“It was so important for me to write a song for Ali because he wouldn’t let us forget anyone we lost,” Mustafa says. “He would say we don’t talk about Santana enough or Yusuf enough. It’s important for us to remember the way that they took them from us.”

Death is natural, murder is not. Mustafa writes through the abstract, alienating emotions he feels about the ways his friends were violently taken from him. Through his songwriting he has been able to look deeply at the systemic structure that he and his rivals exist within, the social and economic paradigms of scarcity that set both sides up to fail.

“We are [all] victims of the same system and it’s difficult to see that when you still haven’t grieved fully,” he reflects.

“Anyway, what does it mean to grieve in full? It’s not like it ever really ends.”

When Mustafa started writing this album he saw the neighbourhood as a graveyard.

“It’s a place where the buildings are being buried, even my memories are being erased by way of gentrification,” he says. “The people that I love are no longer, the friendships that I thought would carry for a lifetime didn’t. And the mothers, the loss – I can see it in their eyes. I’m watching the ripples of all those things.”

What he carries with him now is the sentiment that the community continues to create through loss. Trust still exists between neighbours. Laughter still echoes on the block.

Kelsey Adams discusses this story with Norm Wilner in the latest episode of the NOW What podcast, which also features music editor Richard Trapunski discussing the state of the city’s music venues during the pandemic.  Listen on Apple Podcasts or Spotify, or just play it below.