Neon Indian aren’t nearly as druggy as you might think 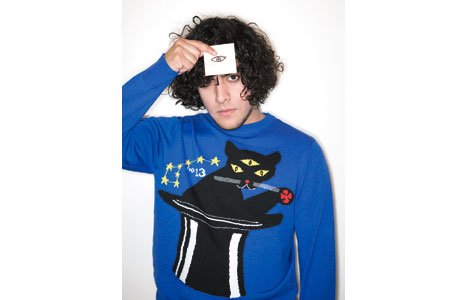 And thanks to the popularity of his track Should Have Taken Acid With You, which led to the release of his debut album, Psychic Chasms (Lefse), last October, he’s also become the guy everyone wants to do drugs with.

But hold onto your stash it’s just a song, says Palomo. And if you listen closely, you’ll notice it’s about having not done LSD.

“I think I’ve created this mystique that revolves around potent hallucinogens and psychedelic drugs,” says Palomo, recalling a recent trip to Melbourne where he was invited to an acid-punch-bowl party.

“I’ve had psychedelic experiences that have influenced the way I perceive music and film, but it’s not the kind of thing I do regularly.”

Palomo, who hails from Dallas via Austin and now lives in Brooklyn, comes from a musical background worlds away from his beat-heavy, spaced-out creations. His dad, Jorge Palomo, was a Mexican pop star in the late 70s and early 80s. He keeps tabs on his son’s rising star, even if Neon Indian’s music isn’t to his taste.

“It took a little time for him to swallow that pill,” Palomo laughs. “But after a few listens, he liked it. Of course, he has these really ‘dad’ things to say, like, ‘Why do you put so many effects on your voice? You have such a pretty voice…. Show the world your voice.'”