20 new albums from Toronto artists to listen to this fall

From brash punk to Afro-Cuban rhythms, this season will be a big one for local music 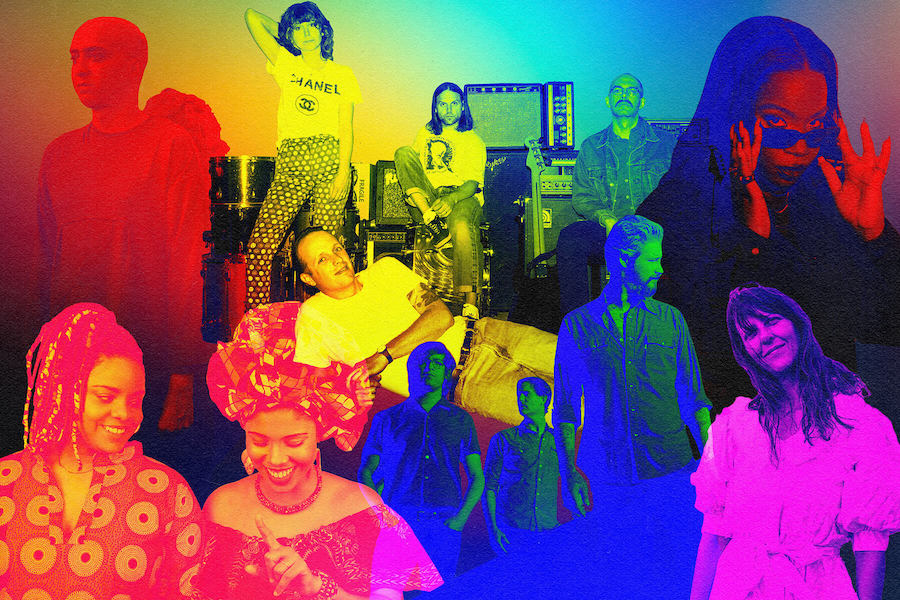 There’s a good chance we could be going back into lockdown, but at least this one will have a good soundtrack.

After COVID-19 altered the local music soundscape (along with everything else), the fall is gearing up to be a big season for Toronto artists. You’ve read up on the pandemic music heroes, so now check out our forecast of albums from Toronto artists that are on the way. We’re unfortunately good at predictions (read: number 3 on this list, written in January).

Teenanger are always good for some catchy and melodic post-punk. They recorded this one at Studio Z, the affordable studio they founded and then opened up for anyone to use. It ended up being a blessing and a curse, with vermin, floods and a CO2 leak that could have killed them. Their power was eventually shut off just before they were able to get back in and finish. The city is becoming a less friendly place for creativity, and you can hear that disaffectedness in the music. But in a fun, sardonic way.

Luka Kuplowsky, a hushed and understated singer/songwriter who used to go just by his first name, has been hanging around the Tranzac and Burdock scenes for a few years now as a songwriter’s songwriter. On his new jazzy folk album, he’s accompanied by a band full of fellow secret heroes like Thom Gill, Evan Cartwright, Felicity Williams, Josh Cole, Brodie West and Robin Dann (Bernice).

They were buzzy wunderkinds during the early 00s Canadian indie rock boom, and now Born Ruffians have settled comfortably into a consistent hook delivery system – as it should be for a good power-pop band. Squeeze is actually the now-veterans’ second album of 2020 after Juice, and it’s full of bouncy rhythms, jangly riffs and catchy melodies.

Bahamas leader Afie Jurvanen named his album Sad Hunk after his NOW cover, so we had to put it on this list. It’s a breezy and groove-heavy set of songwriter tunes influenced by his new family home life in Nova Scotia.

You know by now what you’re going to get from a METZ album, and that’s not a knock. Their mix of visceral noise and hair-whipping punk hooks feels like a blessing from the recent past, or as lead howler Alex Edkins put it to NOW “primal scream therapy.” Thematically, it’s an album about dealing with parenting and an ever-gentrifying Toronto. The solution: volume.

We named this local Afro-Cuban duo an act to watch in our Sound Of Toronto 2020 issue (which feels like years ago now), and they’re making good with this vibrant sophomore album full of danceable rhythms and themes of resilience.

CanRock’s double-denimed hero Gord Downie had a huge flurry of creative energy before his untimely death in 2017. This double album, created with Toronto’s Josh Finlayson, represents the final 10 songs the former Tragically Hip frontman ever recorded, and they’re presented here in both electric and acoustic versions.

Former Yamantaka // Sonic Titan member Hiroki Tanaka is releasing his first solo album, a personal work reflecting his experience as a caregiver for his grandmother with Alzheimer’s and uncle with terminal cancer. He calls the album a “sonic archive,” recorded in the house in which he cared for his relatives and where he was born. It’s tender indie rock infused with his own family history, including Japanese folk snippets and voice recordings.

The always unpredictable experimental solo pianist/composer Robin Hatch, who we last caught releasing three albums in a year when we caught up with her three decades ago (in January 2020), has pivoted again with a new electronic album influenced by krautrock, new wave, Giorgio Moroder and Kate Bush. It’s full of crisp and chilly synths, big 80s hooks and meditations on tech-addled short-term gratification.

She’ll support it on her home turf with an album release Twitch stream on October 15. Tune in here.

One of Toronto’s most soulful rappers, TOBi is following his underrated 2019 album STILL with a project that could be an even bigger breakout. After a few bonus remix collabs with the Game and a big CanRap posse cut, he’s now showing hints of old-school Kanye soul beats, touches of Afrobeat and a flow that feels steeped in the classics.

Hometown no-longer-quite-underdogs PUP have another mini-dose of existential pop punk coming your way. This one includes a Grandaddy cover, some gallows humour and a sentiment we can all use right now: “Everything sucks and that’s okay, because it sucks for everybody,” lead singer Stefan Babcock says of the EP in a press release. “And we can make it a little bit better by being together in the shittiness.”

The OBGMs will be the first to tell you they’re the next big thing in Toronto punk. Lead singer/guitarist Densil McFarlane has compared the band’s impact to Kurt Cobain, Jimi Hendrix, Steve Jobs, Drake, the Beatles and Steph Curry. And they back it up with insane confidence and swagger, big rock hooks and crisp production from Canadian indie rock go-to Dave Schiffman. The OBGMs even recently got a co-sign from Green Day, who put them on their Black Lives Matter playlist. Cutting through a very white local punk scene, this could be the year they break out in a big way.

Rosina Kazi and Nicholas Murray have been making music as LAL for two decades now, but they’ve found new resonance making space for a community of marginalized artists at their DIY space Unit 2. Their new album of chilly and minimalist electro-art-pop is inspired by the revolutionary politics and the expression of that scene and similar ones in Oakland and Olympia.

Country-inflected everyman songwriter Donovan Woods has been making his name on his sensitivity and lyrical honesty with every album. His latest is an examination of the little moments in a relationship. It’s a cycle about intimacy and human connection, something that resonates right now.

Somehow, this will be Jennifer Castle’s first fully solo album. The Lake Erie-via-Toronto singer/songwriter recorded it with her longtime producer Jeff McMurrich before the lockdown, but she’s the perfect artist to go to in this age of solitude. Her songs are fully attuned to herself and to nature and the seasons, a cosmic folk that aims for the moon while taking in the butterflies in front of you and the mind that contemplates them. She can’t tour the music, but you can play it live yourself: the album comes with a set of sheet music.

Max Turnbull’s (formerly Slim Twig) jazz-funk ensemble is back with its sophomore album. Like the last, it’s full of lush grooves from its many members (now seven with the addition of crack saxophonist Karen Ng), shape-shifting through psych, prog, R&B, heady hip-hop production touches and yacht rock. They’re at their best when collaborating with singers – and there are some great ones on this one: U.S. Girls’ Meg Remy, Jennifer Castle, James Baley and Dorothea Paas.

Dan Lee (of Hooded Fang and Phèdre) has too many twisting melodies floating around his head for just one or two projects. And so this solo project is back after six years for an album of apocalyptic electro-funk. It’s a mix of electronics and live instrumentals, influenced by hip-hop production and dark sci-fi.

Sparse and sultry R&B is the name of the game from this up-and-comer. Savannah Ré has the right names behind her, with mentorship from local production heavyweight Boi-1da and a big co-sign from Jessie Reyez. She’s also worked behind the scenes as a songwriter with artists like Babyface, Daniel Caesar and Wondagurl. Her debut EP as a solo artist is out this fall.

You can always count on Sloan, Canada’s power-pop tone-setters for the last few decades. Not much info on their just-announced upcoming album yet, but they’ve got a first single, Silence Trumps Lies. Guess who it’s about? They put the Can in CanRock, avoiding easy “cheeto” and “Drumpf” put-downs and giving the president an almost literary treatment: “You’ve never been accused of being curious. Put your private vanity away.”

And don’t miss the recent posthumous release from Matthew Grimson, either. The late songwriter got a double release for his lost classic Prize For Writing from Sloan’s Chris Murphy and Joel Plaskett. Get it here.

Is there ever not a new Drake album on the horizon? This one includes the Lil Durk-featuring single Laugh Now Cry Later, a song with a bit of a throwback Drake feel. Maybe hanging out in his gaudy new Toronto house has given him some nostalgia for the old city days.

Stars, The Sadies, Skydiggers and more will play at CityView Drive-In as a benefit for the historic Toronto music venue