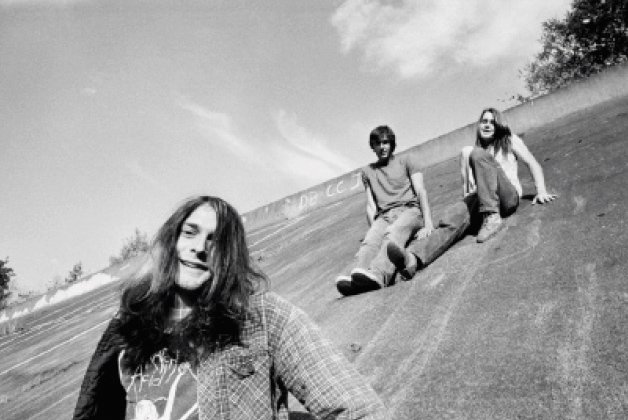 Nirvana are being inducted into the Rock And Roll Hall Of Fame on Thursday (April 10), days after the 20th anniversary of Kurt Cobain’s suicide. And though most of the Seattle grunge trio’s legacy has already been mined, repackaged and reissued, that statement is still a weighty one.

Would Cobain have wanted to be recognized by exactly the kind of institution he despised? Is a punk band still punk if it’s in the Rock Hall?

Who cares? Nirvana entered the pantheon of rock the second Smells Like Teen Spirit first aired on MTV, and they cemented their place there on April 5, 1994.

How many David Fricke editorials have to be reprinted before people accept that they were just a really, really, really good band? Hopefully, their induction will put an end to the nostalgia trips and cash grabs that focus on everything except what made the man and the band so vital in the first place.

What keeps generations of music fans coming back to Nirvana is – obviously – their music. Kids don’t care about Courtney Love’s Vanity Fair interview. They want to hear a guy scream “No recess!” at the top of his lungs. The overdoses don’t matter to a teenager watching Live! Tonight! Sold Out!! for the first time.

The albums are all we have left, and they’re all we ever needed.

To mark its 20th anniversary this past fall, I helped curate a tribute to Nirvana’s final album, In Utero, along with Toronto indie rock band the Wooden Sky and local label Hand Drawn Dracula. The compilation proved how widely Nirvana’s influence had spread in two decades, inspiring bands of all sorts here in Toronto alone.

Some of them spoke to me about how they were affected by Nirvana’s music. Now, that seems like an honour Cobain would appreciate – more than anything an antiquated institution could award him.

“When I first heard Nirvana, it was like a beacon of light cutting through the dark waters that was mainstream radio in small-town Manitoba.” Gavin Gardiner, The Wooden Sky

“Nirvana was the first band that I liked. Not my parents, not my friends. Me. Nirvana was mine.” Jesse Crowe, Beliefs

“Kurt, as Nirvana, became the only public figure I had growing up who seemed to share in my younger feelings of pain and loneliness stemming from divorce and rootlessness.” Susie Parish, The Beverleys

“I probably wouldn’t have made it out of high school without that band.” Annabelle Lee, Mexican Slang

“They were the reason I first realized that acoustic guitar was limiting.” Anna Mayberry, Anamai/HSY

“Nirvana is the reason I didn’t feel like a loser for playing punk rock and for dreaming it was something I could actually build my life around.” Jonny Dovercourt, Wavelength Music Series

“Nirvana is an amazing reminder to me that pop music can still be honest.” Katie Monks, Dilly Dally

“Nirvana is the reason I love guitar feedback. It made me realize a guitar solo doesn’t have to be some douchebag wanking off on a guitar.” Jude, HSY

“Nirvana is a huge influence in the way I think about dynamics and tension when arranging music, and how these two things can catapult the melody in the most effective way.” Ben Reinhartz, Beliefs/Dilly Dally/Neon Windbreaker

Shehzaad Jiwani is a singer and guitarist in the band Greys. Greys play a free show at Sonic Boom on Record Store Day (April 19) with HSY, PS I Love You, Diana and more.