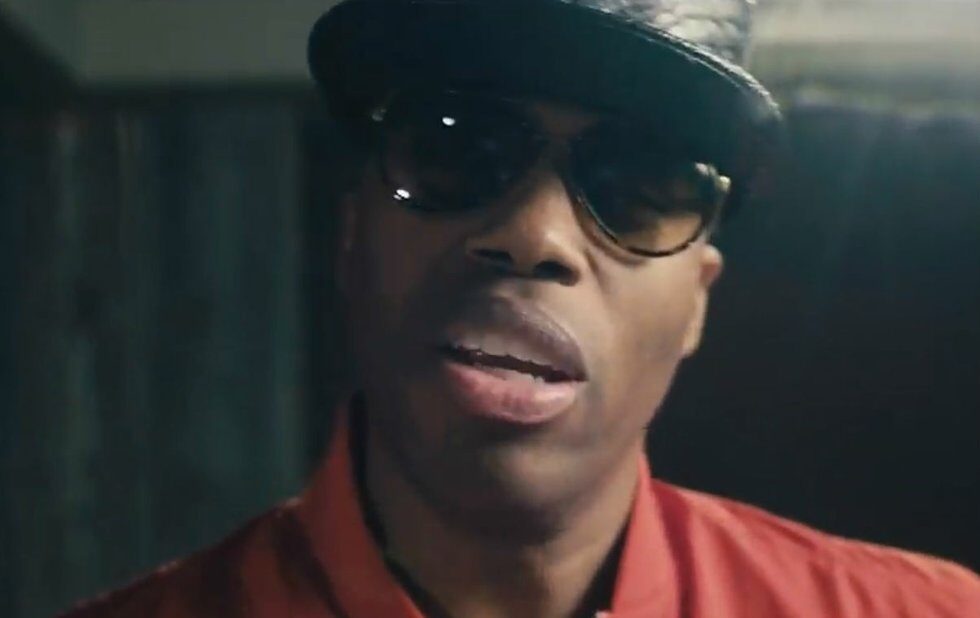 Before tipoff of their game one NBA playoffs matchup against the Washington Wizards on Saturday (April 14), the Toronto Raptors unveiled a new version of the classic Canadian hip-hop anthem Northern Touch, which is celebrating its 20th anniversary.

Kardinal Offishall – without his cross-country posse of the Rascalz, Checkmate, Choclair and Thrust – replaces the original chorus with one that now rhymes “notorious” with “Valanciunas.” Kardinal adds mini-verses about the Raptors 2001 semi-finals playoff loss to Allen Iverson and the Philadelphia 76ers, the genius of team president Masai Ujiri and the underdog complex that still exists for Raptors fans despite the team entering the playoffs with the best record in the eastern conference.

We’d heard snippets in commercial teasers, but you can now hear the full version via Sportsnet.

Though Drake sat courtside in a Humboldt Broncos jersey at the Air Canada Centre for game one, there’s more that parallels the Raptors and their North Over Everything campaign to Kardinal and his Northern Touch crew. The 1998 hit’s blustery sentiment of “don’t underestimate us just because we’re Canadian” certainly resonates.

It’s the second Raptors anthem released this year by a Toronto hip-hop legend. Maestro Fresh Wes debuted his song Jurassic Park at the beginning of the regular season.