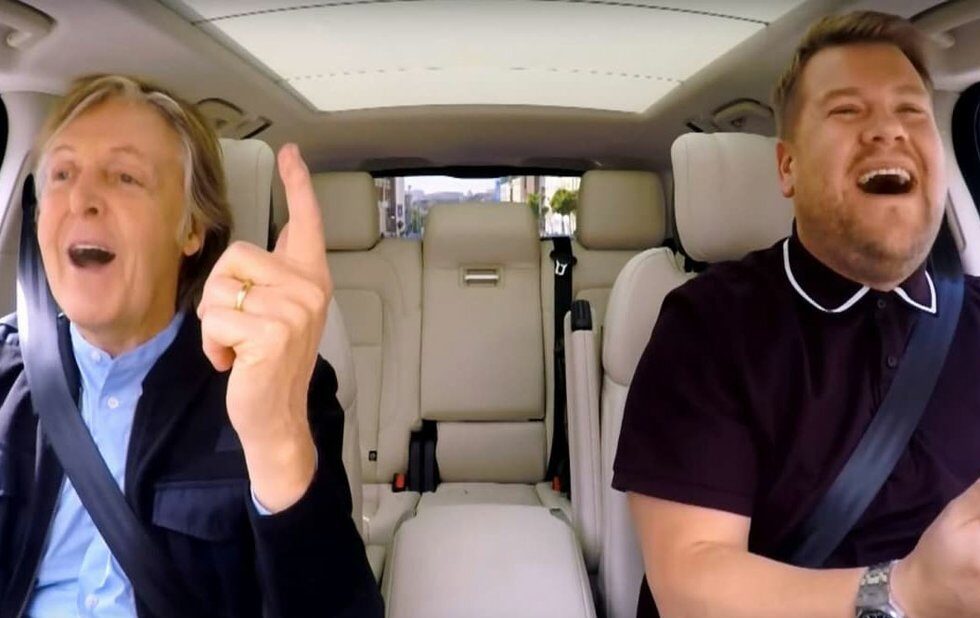 Paul McCartney recently previewed two songs from his upcoming album, Egypt Station, and the vocals are just awful. Why does nobody seem to notice?

When you watched it, did you hear that McCartney can no longer sing? Probably not, off the top, because, Corden has very strong pipes and for the early part of the segment, he carries McCartney along nicely.

Then the cute Beatle sits at the upright piano in his original family home and sings – croaks, actually – a few bars of When I’m Sixty-Four and the truth comes out. He really should give it up.

When everyone was celebrating John Lennon’s intellectual heft, calling Paul the lightweight, I insisted it was Paul who gave the band most of those spectacular melodies. When purists complained about his busy bass lines, I knew they just proved his magical musicality.

When McCartney was mercilessly mocked because of his passion for his first wife, Linda Eastman, I always appreciated the fact that this very young man, adored by everyone on the planet and lacking the freedom to have a personal life, just wanted to be loved up by one intriguing woman. And I admired the courage it took for Paul to write Silly Love Songs and push back against the haters.

When John wanted to stop touring, Paul was upset. He loved performing, the hysterical fans and the energy they gave him. He formed the band Wings, harnessing the world’s best young players in the process – so what if he also wanted Eastman to play onstage with him? – precisely so he could continue touring. And those concerts, in which he didn’t fail to crank out tunes from the Beatles catalogue, were extraordinary.

The solo artist McCartney remained one of the best live performers around until early into the new millennium. I still stand by the claim I made in the late 90s that he was the best white male rock singer in the world – I’ll take the Helter Skelter vocal over anything sung by Geddy Lee, Robert Plant, Axl Rose, anybody.

I never saw the Beatles live, but I did see Paul in concert in the early 2000s after I was assigned to cover his pre-show news conference. When I was 12 and collecting Beatles bubble gum cards, I made a solemn vow to myself: before I die, I will be in the same room as a Beatle – and Ringo counts.

And there I was in a room of 30 journalists – including veterans who broke the cardinal rule and brought their albums to be autographed – with McCartney. He offered seats to the show to anyone who wanted one and I couldn’t refuse. Fourth row centre, it turned out. Beside me at the Air Canada Centre sat a well-known daily newspaper music critic, who was maybe in his mid-20s.

“Aren’t you excited about this?” I asked him.

But midway through the three-hour concert, as McCartney was plowing through hit after hit and into his acoustic set (note that he practically invented the Unplugged concert concept), the critic, in the middle of Blackbird, nudged me.

These days, McCartney couldn’t get away with an acoustic concert if he tried. His pipes are wobbly and he can’t seem to get enough breath to create any tone. This fact seems to have eluded just about everyone. That includes Rolling Stone, whose critic raved about Kisses On The Bottom, McCartney’s 2012 recording of standards, which even studio technologies couldn’t salvage, and the Grammy Awards TV producers, who couldn’t resist inviting a Beatle onstage to sing from his latest album. The performance was embarrassing.

Now, along comes Egypt Station, and the songs he’s released are unbearable.

I don’t begrudge a legend the right to continue performing. Carole King still tours, but she never could sing in the first place. Liza Minnelli is not what she was but can still knock her fans out with the sheer force of her personality. The pianist Arthur Rubinstein continued to perform long past his prime, happily mangling the Chopin pieces he was famous for playing. His fans loved it – Chopin, even badly played, can still be inspiring. But if Rubinstein had been playing Bach – the equivalent of Paul trying to sing the songs he used to sing with such sweet purity – the experience would have been godawful.

People will doubtless continue to pay hundreds of ducats for the privilege of seeing a member of the greatest band ever perform live. Certainly the scores who poured into the pub for his surprise appearance on Carpool Karaoke were beside themselves.

But McCartney surely still has ears and can hear that he’s lost it. How can he stand it?

essay Music Paul McCartney The Beatles This week in NOW