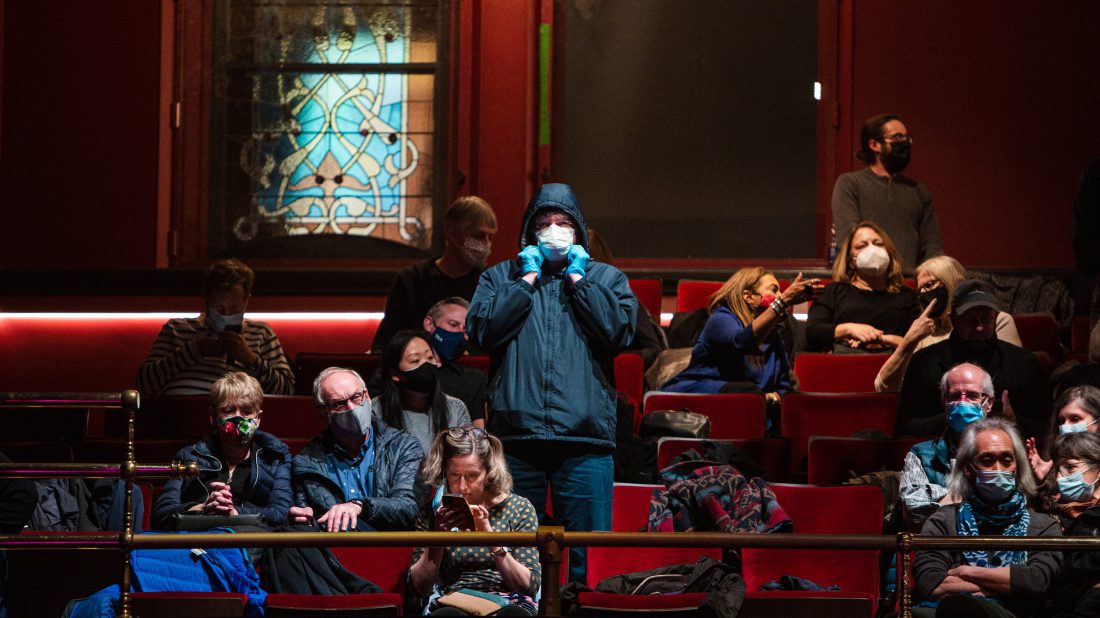 After a brief resurgence, the live music scene is in limbo again. When concerts return, expect some stricter COVID protocols.

Making predictions, like making plans (i.e. buying concert tickets), is an uncertain task when it comes to music in the time of COVID.

Live music returned this year, and we started to see what a post-pandemic music scene might look like in Toronto. Then Omicron hit and things started to feel a lot more like March 2020 – lockdowns, closed venues, postponed concerts, a return to virtual shows and a whole lot of frustrated musicians and fans wondering what happens next. As I’m writing this, New Year’s Eve shows and parties have mostly been cancelled or moved online, and the concert calendar for early 2022 is looking bare again.

But after living through the first full year with the pandemic as a constant, there are plenty of signposts that show where music is heading. Here are the music trends to watch in 2022.

Last year’s predictions column focused on the question everyone wanted to know at the time: when will concerts be back? Our forecast was more or less correct, with shows coming back in the fall and ramping up towards the end of the year.

But all the talk of extra COVID protocols were mostly forgotten once venues opened their doors – or at least once people let their guards down. Soon, concerts were at full capacity, sweaty dance floors and mosh pits were forming and masks were coming off (even if official policy told people not to). It’s hard to blame people. Pandemic fatigue hit the music scene as hard as it hit everywhere else, and people got lost in the collective euphoria that is an in-the-moment live show. It was a beautiful feeling, maybe even more so now that we see how fleeting it was.

As it turns out, even the full vaccination policy wasn’t enough to keep COVID from spreading. In December, venues were capped at 50 per cent and bars and concessions were shut down, closing the loophole that allowed people to remove their masks if eating or drinking. Now at the start of 2022, indoor concert venues (and theatres and cinemas) have been shut down entirely for at least three weeks

Maybe once they open again, we’ll actually start to see some of the new measures that experts were predicting before live music first returned – things like timed entries and exits, separate masked and unmasked areas, extra crowd control measures, maybe even some dry shows and an overdue look at music venues’ reliance on alcohol sales.

Personally, I don’t think there needs to be any sort of safety catch-all for music or movies or restaurants. If the rise of Omicron is a reminder that COVID can’t just be forgotten when the numbers tail off or vaccinations rise (though I have my fingers crossed for the efficacy of boosters), it’s also a sign of what life will be like for the foreseeable future. We’ll be putting our guard up and down, always changing our behaviour based on the current situation. Some of that will be personal risk assessment, some will come from concert promoters and venue operators, some, unfortunately, from the government.

Safety, in all its facets, has been a long-time concern in the Toronto music scene. In the wake of the Travis Scott Astroworld tragedy, that continues to be the case even beyond the pandemic.

Some of the best live music experiences are the ones where artists don’t look at restrictions as limitations, but opportunities to try something different. Thinking back to the shows I got to see this past year, the ones that stuck with me the most were the ones that forgot about “back to normal” or even “new normal.”

Going to shows again was like exercising a muscle that had been dormant while sitting at home. It felt both natural and profoundly strange. So a concert like Feist’s Multitudes residency at Meridian Hall hit like the right experiment at the right time – an in-the-round performance that mixed intimacy with self-consciousness, that made the audience and the moment a part of the show.

As Toronto’s new music incubator, the Music Gallery has always poked and prodded at music rituals we take for granted, but this year, under new artistic director Sanjeet Takhar, it felt even more resonant. I certainly felt that way attending the Drone Day event, which presented eight hours of artists circling around long, sustained tones. I expected to stop in for an hour or so, but ended up lost for hours lying on a yoga mat and staring at the ceiling projections while strings and percussion and DJed beats sunk into my consciousness.

Punk-adjacent music series Long Winter spent much of the year asking what it means to be part of a DIY, or DIT (do-it-together) arts community and it reflected that in their adventurous programming. There were many conversations happening in electronic scenes, too, which, for better and for worse, rediscovered raves as parties swivelled between various levels of illicitness.

Those kinds of experiences are always going to be acquired tastes. But even once shows get going with regularity again, it might take awhile for international artists to start crossing the border, so it’s a good time for the local scene to get creative.

An ecosystem approach to live music

We’ve spent years at NOW focusing in on Toronto’s vanishing venues problem, and that certainly didn’t disappear at a time when spaces were constantly under new restrictions, often with no notice.

Unlike last year, which saw at least 22 music venues close, this year did bring some good news. The Mod Club reopened as the Axis Club, the El Mocambo had its long, loooooong delayed public reopening, Live Nation’s long-rumoured east-end venue History opened with a big-name partnership in Drake, and Massey Hall came back after an extensive renovation. Even the demolished Silver Dollar came back to life, sort of.

Massey Hall has long been looked at as somewhat of a trophy venue – the spot local artists can “graduate” to when they’ve hit a certain level. But its new identity as part of the Allied Music Centre will incorporate artist development from the ground up. There will be multiple smaller stages for emerging artists along with recording studios and rehearsal spaces.

Toronto’s “Music City” branding has become an ironic punchline for people in the local scene every time a small venue or studio is priced out by unaffordable rents or development offers, but the music office and advisory council are starting to come around to the realization that the city’s musical identity can’t just be forged at festivals and at big stages. It’s an ecosystem that needs spaces for artists and bands to develop.

The city is rapidly losing rehearsal spaces, which is a pressing problem that will have to be addressed early in 2022. Many musicians are taking up the mantle and looking at some sort of cooperative or collective approach that can hopefully sidestep some of the hypercapitalist hurdles that have been poisoning the local scene.

There’s a growing labour movement that has been spreading throughout many fields during the pandemic – gig workers, restaurant workers, warehouse workers, media workers. The next frontier is artists.

It’s started already in music, with a drive towards unionization to take on the unfairness of royalty payouts by big streaming services like Spotify. And with the uncertainty of the touring market, the most important revenue stream for many working artists, there’s been a new awareness of working conditions. Though it’s far from a perfect solution, I’ve been hearing chatter about what a universal basic income might do for Canadian artists.

That said, more people tend to pay attention to issues like the importance of artists owning their masters when it comes with a juicy 10-minute epic from an artist like Taylor Swift, but there’s a big value gap between the music industry’s haves and have-nots. You start to glimpse it, for instance, when Adele’s big vinyl push keeps records by indie artists off the shelves.

At the core is an often obscured reality: artists are workers, and they deserve labour rights. Expect to see more push this year.

Theoretically, music is a field that should withstand the challenges of social distancing. After all, there is an easy way for music to get from artists to listeners without ever having to be in the same room together.

Yet for many artists, records are now a peripheral revenue stream. Recorded music has been devalued by streaming, at least for musicians. For record labels, it’s been a huge cash cow. Again, that exploitative late capitalist anomaly is activating music workers.

In the meantime, however, many artists are looking for all sorts of different ways to reach their audience. They’re gaming algorithms, trying to create viral sounds on TikTok, DJing on Twitch, writing Substack newsletters and turning themselves into social media influencers that happen to make music.

And they’re making NFTs. My overstuffed email inbox can attest to that.

With physical artifacts losing their tangible value, some artists are trying to recreate it digitally in the world of crypto. NFTs are a controversial topic, with many online arguing over environmental impact or just dunking on them as some sort of tech bro grift. That argument will likely intensify as the metaverse and Web3 become increasingly mainstream buzzwords and the music industry sees dollar signs. On an independent level, it’s no surprise that some artists have taken to the new medium of digital ownership, especially as they make only pennies off streaming royalties.

If there is a silver lining to the strange new reality of online music, it’s that it has the potential to divorce music from its new-is-the-only-thing-that-matters mentality. Any song can take off on TikTok, from sea shanties to Backyardigans to BadBadNotGood and the Mountain Goats. Whether all the kids going viral even know the context of those sounds is another question, but it’s wide open.

IRL, catalogue music is more valuable than ever as projects like Get Back or Taylor’s Versions mean the song of the moment can be from 1969 or 2012. And it’s easier for music to cross borders or dialects, with artists from Korea or Ghana or Colombia singing in their own languages and rising global charts.

That makes music harder to predict than ever. 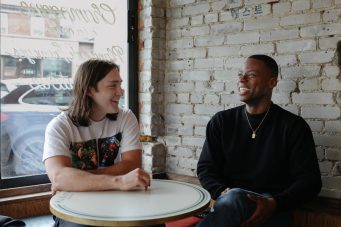