Listen to the first stream of his new 7-song release, which combines dreamy production with hard-edged, introspective lyrics about growing up on Bleecker Street 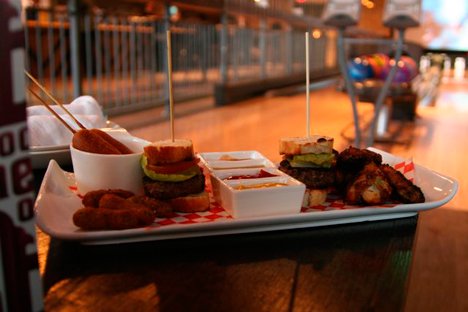 ShaqIsDope has been on our radar for a couple of years now, releasing a series of head-turning singles and tapes, including the dark, therapeutic Black Frames mixtape. Now he’s back with his self-titled debut EP, which we’re exclusively premiering below.

The 24-year-old has been a strong candidate for the next T.O. rapper to break big for anyone paying attention, but the ShaqIsDope EP is his bid to turn “next” into “now.”

“In Toronto, I feel like they only let artists in one at a time,” he tells NOW. “I honestly think, when the powers-that-be decide you’re next, then you’ll see money and support. I always been the artist that wanted more for myself, so I’ve always gone against the grain. I don’t have the time to wait for my turn, I have a family that depends on me.”

The EP showcases the same introspective and hard-edged wordplay that caught our attention on Black Frames, while showcasing his sing-songy hooks over dreamy, melodic beats from a variety of producers including Aaron Bow and Teddy Walton (Kendrick Lamar) and Daniel Worthy (Drake, PARTYNEXTDOOR, Tory Lanez).

While his grit-infused flow is more influenced by New York than any artists here, his downbeat soundscapes can’t escape that low-key Toronto sound, and his lyrics are infused with his experience growing up in the east-end Bleecker community near Cabbagetown. He shot his cover art at the co-op he grew up in.

“Growing up, Bleecker was nothing like it is today,” he says. “Even though it’s still considered a bad neighborhood, gentrification helped bring the crime rate down.”

Shaq says he’s more about honesty than trend-chasing (despite his Shaquille O’Neal team-up Big Shaq diss track). “I want to be this generation’s next great voice for the voiceless,” he says.

Listen to the ShaqIsDope EP below: