After a tumultuous year that saw Pride teeter on the brink of insolvency, organizers have planned a scaled down, more locally focused festival 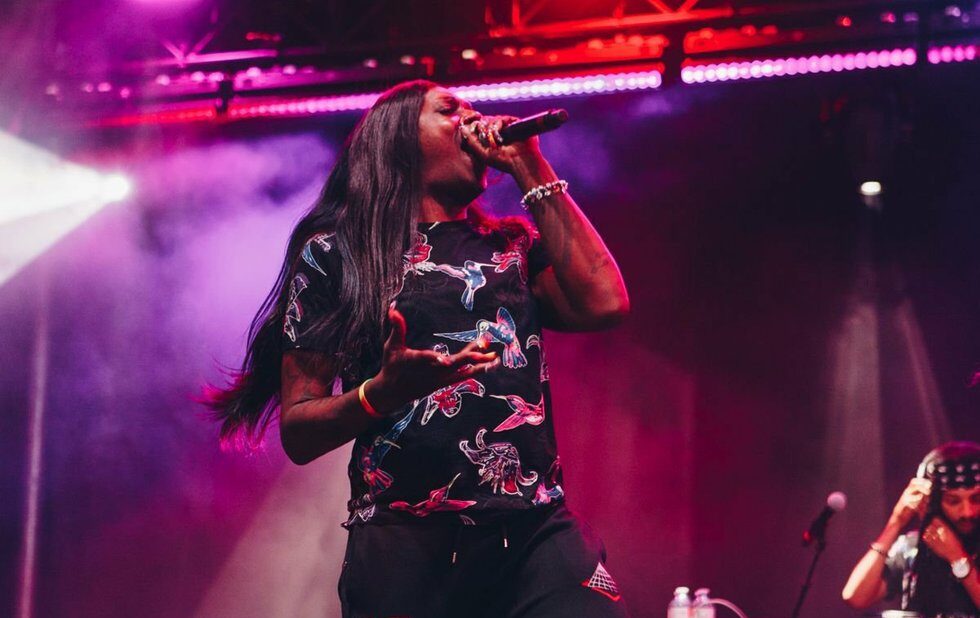 The annual LGBTQ festival’s 2019 lineup is heavy on local acts and is scaling down the Pride weekend festivities from 14 stages to eight. Organizers have also scrapped last year’s controversial “drink and carry” pilot program that required revellers to purchase a wristband to enter a licensed area.

This year, there will be four licensed beer gardens and a greater emphasis on sobriety and accessibility.

The smaller and more tightly programmed festival is the result of a tumultuous year in which Pride Toronto has struggled to stay in the red amidst an ongoing row with Toronto Police that led to calls for executive director Olivia Nuamah to resign, and a chaotic annual general meeting last fall. In January, the organization’s members narrowly voted to indefinitely ban uniformed and armed police officers from marching in the Pride Parade for a second time in as many years. (Officers can still march out of uniform.)

However, the tone at Pride’s programming launch party at the Annex Hotel on Tuesday night was much more celebratory as indie promoters, DJs and volunteers mixed with corporate sponsors.

Following an energetic land acknowledgement and dance performance by Indigenous stage programmer Nichole Levack, Nuamah thanked private and public funders for helping Pride “not experience a deficit in anyway” and then listed the numbers: 215 artists confirmed so far – including 25-plus party collectives and 15 headliners – 40-plus community events and 200-plus parade participants.

According to an independent auditor’s report, Pride ran an operating deficit of nearly $250,000 last year and was $700,000 in the red as of July. Nuamah tells NOW that corporate sponsorship has “gone up considerably” this year and that all of the festival’s government grants came through.

“[Sponsors and donors] have come together to ensure we can put on a festival to the size and scope we always have, but so that we’re able to operate into the future. We feel really lucky,” she says. “In the past, we’d missed grant payments or deadlines and it took us two years to recover from that. Every funder at every level of government – municipal, provincial and federal – all stepped up.”

In addition to shifting focus away from pricey pop-star headliners – who can cost in the high five-to-six-figures range to book – Pride is also scaling back beer sales. This year, there will be four small beer gardens. “We’re not relying on alcohol sales to see us through,” says Nuamah. “We’re relying on a properly budgeted festival.

“We’re relying less on the big flashy headliner and more on the fact that the community cares about arts, culture and entertainment happening in the community,” she adds. “We’re just refocusing our attention. It’s cheaper all around and [admission] can be free.”

This year’s music programming aims to attract who Nuamah calls “the next generation of the LGBTQ+ community,” an audience she says Pride has failed to attract to its big stages and includes Black, South Asian, Indigenous and Middle Eastern queers. In past years, stages have operated at different hours but this year they will continuously operate so it’s always clear that a party is happening.

The vibe will be welcoming of intersectional identities, more intimate and less overwhelming “while continuing to hit the traditional party note the queer community is known for,” says Nuamah.

Indie parties that usually happen around Pride are moving into the official schedule, including DJs Vanessa and Pam’s 90s-themed Electric Circus and the Black Eagle’s monthly Dance Floor Makeout, both on June 21.

A new addition this year is the DJ Station at the corner of Church and Wood featuring an array of local spinners throughout the weekend, including recent NOW cover star Regina Gently, Raven’s Vision, Valeroo, Balls Deep Disco, Boy Pussy, Josh Karmin and an Intersessions session with Chippy Nonstop, Babygirl and Karim Oleh Ash.

In honour of the 50th anniversary of the Stonewall Riots and Marsha P. Johnson, the African American trans woman, activist and drag queen who instigated it, this year’s Pride Month is dedicated to drag performers. Drag kings and queens will have a big presence across all stages and the first Canadian queen to compete on RuPaul’s Drag Race, Toronto’s Brooke Lynn Hytes, will headline the Drag Ball on June 22.

Other acts playing on June 23 include Brazilian drag star Pabllo Vittar and R&B singer/songwriter Tweet who will perform on the main stage ahead of a yet-to-be-announced headliner. The South Stage will feature a DJ set by Los Angeles-based Toronto synth-pop musician TR/ST (aka Robert Alfons) and queer Asian party New Ho Queen.

On June 22 and 23, Pride will host an ASL/Deaf Stage curated by queer ASL artists and on June 23 a full-day of programming for First Nations community members will take over Allan Gardens.

Pride events will once again happen throughout the month of June and will kick off at the MOCA with Rainbow Railroad’s Freedom party on June 1.

Comedy institution Second City will remount the all-queer sketch show called A Sketch Comedy Extravaganza Eleganza for four nights (May 30, June 6, 8 & 13) Buddies In Bad Times will stage Pomegranate: A Sapphic Opera, about a couple caught in the ancient Vesuvius volcanic eruption who are then transported to an 80s Toronto lesbian bar (June 5-9) and The Black Drum, by Deaf Canadian playwright Adam Pottle runs June 15-20 at the Young Centre For The Performing Arts.

Canadian tenor Isaiah Bell will debut his solo show Tapestry Opera: The Book Of My Shames at Ernest Balmer Studio (June 6-8) parade grand marshal, YouTube star and activist Gigi Gorgeous, will participate in this year’s Human Rights panel series (details TBA) Harbourfront Centre will host a screening of the documentary 50 Years Later: Sex, Sin & 69, about the decriminalization of homosexuality in Canada and performance art festival Nuit Rose Arcade will light up Church Street with a parade and host an art crawl on June 15.

In a new initiative, Pride is teaming up with family reunification non-profit Trace Labs to host a hackathon that will use open-source data to try and track the digital footprint’s of people who have been reported missing. Details of that event have yet to be announced.

Missing person cases have become a bigger focus in the wake of the Bruce McArthur serial killer case. An independent review is looking into police handling of missing person cases, including the cases of the eight men who McArthur was convicted of killing.

“I’m hoping it leads to identifying marginalized young people in the queer community and hopefully leading them to supporters,” says Nuamah.

For the full list of this year’s Pride Month and Pride Weekend events, visit pridetoronto.com.