The festival also features a vogue ball at the Design Exchange, a conversation with super-producer Scott Storch and a Toronto hip-hop showcase 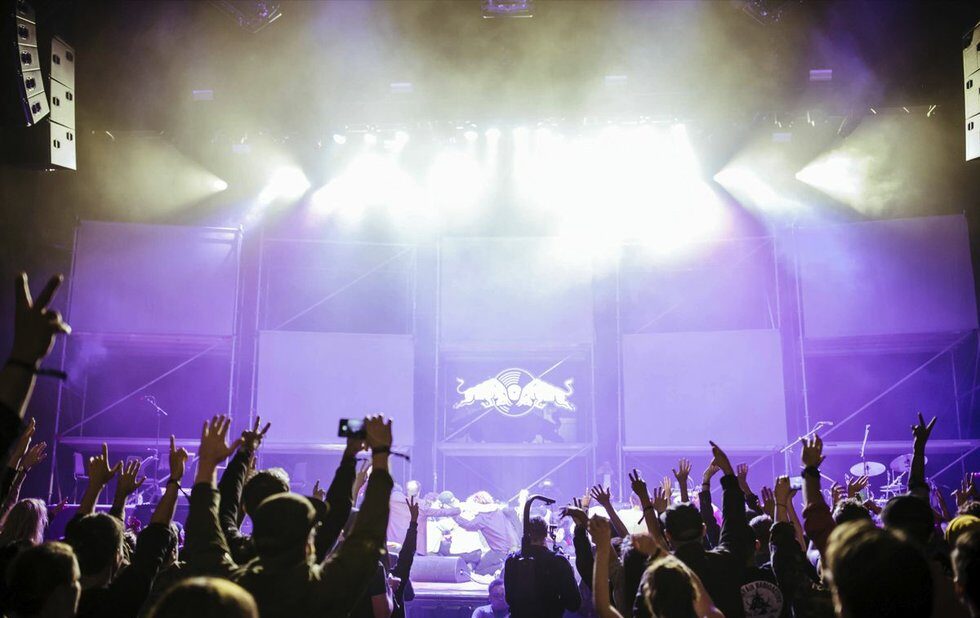 Red Bull dipped its toes into our city last year with its 3 Days In Toronto series, and the sugary energy drink-makers/surprisingly forward-thinking music selectors must have had good results – this year, they’re back with a whole festival. From October 17-25 Red Bull Music Festival doubles the number of events to six and also doubles down on what makes the brand so successful in the music market: tapping into what’s already exciting in the city and curating one-off shows in unusual venues.

On October 18, it’s Round Robin, a collaboration with the local monthly Practice at the Great Hall for a night of improvised duets between Tanya Tagaq, Casey MQ, Maylee Todd, Skratch Bastid, Matthew Progress, Melody McKiver and others, including surprise guests.

October 19 is a collaboration between local R&B rising star DVSN and members of the Toronto Symphony Orchestra at Roy Thomson Hall. And on October 20 at the Design Exchange, it’s The Great Canadian Ball, a giant vogue ball featuring DJ Blackcat, Tamika, MikeQ and others.

October 22 features a conversation at Glenn Gould Studio between Cadence Weapon and legendary super-producer Scott Storch, who will surely talk about his rise, fall and more modest recent rise again.

Finally on October 25 at Ossington Tire, it’s Collision, a showcase of rising Toronto hip-hop with Lil Berete, Yasmine, the Sorority, Ebhoni and Pilla B.