The Scarborough-bred superstar played the biggest stage in music and proved he belonged there, while also subverting it in a strange year 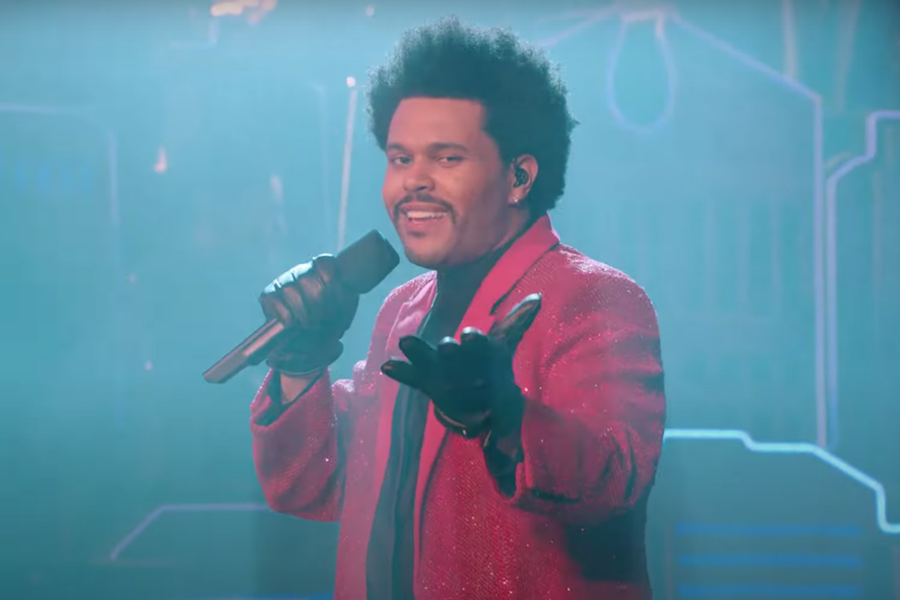 THE WEEKND at the Super Bowl in Tampa, Florida, Sunday, February 7, 2021. Rating: NNNN

It’s a long way from the Mod Club.

A decade after Abel Tesfaye became the stuff of local legend with his hype-fulfilling but slightly nervous debut concert at the Toronto music venue, which recently announced its closure, the Scarborough-bred star ascended the biggest stage in music. And though it was a little different than the usual Super Bowl halftime performance, he proved he belongs there.

The Weeknd still hopes to go on his postponed major arena tour for his 2020 album After Hours, but he gave us a taste of the massive spectacle he’s capable of in Tampa’s Raymond James Stadium.

Unlike most years, there was no pretense of in-person “liveness.” The set was built up in the stands instead of a less COVID-protocol-friendly stage on the field surrounded by fans hand-picked to look like they’re having the time of their lives. (Still, seeing so many fans in the stands makes it feel like the game is somehow being played in an alternate universe that’s not currently facing a major pandemic.)

Tesfaye was performing directly to the camera, which suited him well. His falsetto sounds gorgeous live, even if it was slightly muted in this carefully choreographed and precisely staged show. You could hear the passion and emotion coming through in his vocals even in the very artificial environment, and even though the backing tracks sometimes overpowered him.

But he approached the concert like a movie director as much as a singer, continuing a consistent aesthetic and bad-night-in-Vegas narrative that’s run through the After Hours album and its rollout, from the music videos to award shows to SNL. It was a funhouse mix of excessive big money pageantry and intoxicated, disorienting subversion.

He reportedly spent $7 million of his own money on top of the Pepsi-aided production budget to get the show he wanted. There was a spectacular LED and neon-encrusted Vegas strip-style stage filled with a choir of singers turning songs like Call Out My Name into weird depraved church songs or transforming into Daft Punk robots for Starboy and I Feel It Coming.

The stage split before his Max Martin-assisted pop hit Can’t Feel My Face and he entered inside a disorienting gold walkway that looked somewhere between a nightclub after a few too many drinks and an Infinity Mirror Room.

A marching band version of the Siouxsie and the Banshees sample from Glass Table Girls played him and his dancers down to the field, which they completely filled in a mesmerizing way, like Thriller zombies in red suit jackets and bandaged faces. The older songs from The Weeknd’s House of Balloons era (an album we named the number one Toronto album of the decade) were mostly snippets, but they hold special resonance still.

It reminded us just how far he’s come. Back in 2011 you probably wouldn’t have guessed The Weeknd’s numbed-out tales of sad sex and druggy isolation could have played the family-friendly set of the Super Bowl, but he’s a bona fide superstar now. There’s still plenty of darkness lurking beneath his hookiest, most crowd-pleasing songs, like the show-closing 80s-throwback Blinding Lights (whose yearning for human touch fits the pandemic age well), but it’s now texture for the biggest pop hits in the world.

The Weeknd had to work a bit to fit the huge stages that his stature had inflated him to, but it’s clear he’s fully there now.