Counting down the year's best music 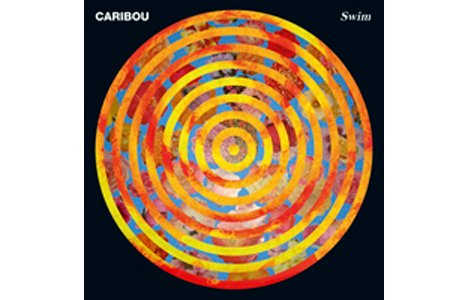 A lot of thought went into creating a top ten list of the year’s best music. But obviously not everyone agrees.

So, for the next week, NOW will be posting top ten lists from all our individual music writers – all the different opinions that went into creating that master list. Watch NOW Daily for a new list every day.

Just as I was ready to accept Caribou’s Dan Snaith as a bleary-eyed 60s revivalist, he veered sharply back into the world of electronic music. But rather than the glitchy IDM of his Manitoba days, he instead took his cues from house, trance and rave -? genres that usually qualify as club music. Though I admit I’m much more comfortable in a dive bar than a dance club, Swim remains on constant replay.

Arcade Fire’s third album has now received nearly as much backlash as initial praise, but even now that the hype has (mostly) worn off, it still feels like a magnum opus. Most of the criticisms levelled against it – too bloated, too long, too lyrically naive – are what make it so effective as a concept album about growing up in the suburbs.

Kanye West’s arrogant, narcissistic persona was often insufferable around the time of 808 and Heartbreaks, but putting out an album as strong as MBDTF pretty much earns him a licence to be a douchebag. Good Ass Job (aka the original working title), Kanye.

4. THE TALLEST MAN ON EARTH The Wild Hunt (Dead Oceans)

The “guy with a guitar” genre is usually pretty skippable, but Sweden’s Kristian Mattson (aka the Tallest Man on Earth) is consistently breathing new life into the model with a quietly virtuosic fingerpicking guitar style, a robust croak of a voice and a talent for writing poetic, evocative lyrics. He’s not doing much that’s truly innovative, but he’s doing it better than 99 per cnet of singer/songwriters out there.

Switching between sci-funk, pastoral folk, soul, hip-hop and everything in between, this may be one of the most genre-defying albums of the year, but it somehow comes together under a loose narrative about human-android love. It’s audacious for a debut, but the gamble pays off big time.

The sophomore record from this Toronto-based psych-rock band isn’t as heavy as their debut, but it’s every bit as ethereal, trippy and just plain beautiful. These guys know their way around a good drone.

7. PS I LOVE YOU Meet Me At The Muster Station (Paper Bag)

Like J. Mascis before him, PS I Love You’s Paul Saulnier is removing the stigma from guitar heroics in indie rock. Just because you’re influenced by the Pixies, that doesn’t mean you can’t rip a huge Van Halen-style solo every now and again.

The Black Keys improve on their already successful, consistent blues-rock formula with some heavy elements of funk and soul. Considering they’ve also incorporated two extra touring members into their live show, it’s nice to see the duo aren’t letting themselves get bogged down in their self-imposed limitations the way the White Stripes have. There’s a reason Jack White has started 48 other side projects, after all.

Everything good about rock and roll distilled into 36 minutes: fuzzed-out riffs, strong college-rock hooks and way more swagger than a pair of teenage Tennessee brothers should rightfully have. Heavy Days is one of the most slept-on releases of the year.

The comparison might be unfair, but Ty Segall might be the best candidate to fill the garage-punk void left by the late Jay Reatard. The 23-year-old Segall seems to be heading in a more melodic direction, as Reatard was, but Melted still retains plenty of gritty rock crunch.