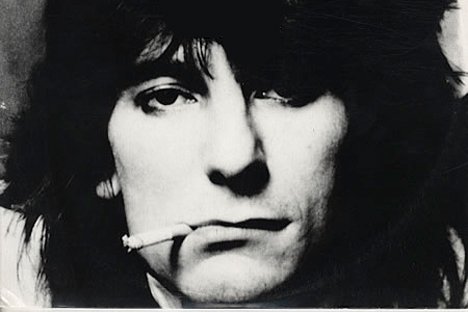 The last time the Rolling Stones fired a guitarist he was found a month later floating dead in a backyard pool. After recent events the question must be asked: can Ron Wood swim?

It’s been a nightmare year for the Stones’ second guitarist, culminating with the recent breakup with his 20-year-old Russian girlfriend Ekaterina Ivanova and her subsequently going to the British tabloids to dish on him this week.

She doesn’t reveal much of interest regarding the 62-year-old (it would take something seriously sordid to stain his already checkered reputation), save for hilariously dubbing him an “evil Goblin King.”

Most assume Wood’s recent arrest outside his rented castle, where he reportedly dragged Ivanova by the hair in boozy roadside brawl, was the last straw for their 18-month affair. But it’s likely the Russian doll sealed her fate a few weeks earlier when she foolishly let the cat out of the bag that there was a 2010 Stones tour in the works.

Mick Jagger could care less what teenagers Woods is dating, or whether he dumped his wife of over 20 years to be with her – lets not forget bassist Bill Wyman already blazed this trail in the 80s when he shacked up with a 15-year-old.

But when you tamper with the Stones’ multi-million dollar touring machine, Jagger’s wrath shall cometh.

Wood also put himself on perilous ground with the Stones over insurance concerns, if there is indeed a tour in the works. The older the Stones get, the harder it is to insure the “elderly” for touring, which is why Wood, who has been in and out of rehab this year, was reportedly given a clean-up or else ultimatum back in ’07.

Still, at this stage of their exhaustively successful career could they really go through with sacking Woods, the only guitarist who could ever keep up with Keith Richards bottle for bottle?

If you’re now wondering what ever happened to Mick Taylor, the blues-minded ripper who played on all their best albums but regrettably quit, there was a recent profile of him this year in the Daily Mail and the end result, as you will see, is not pretty.

Wood said recently that everything is great with Charlie and Mick despite his shenanigans and that he’s “hopeful” the Stones will get their yayas out again in ‘10.

It’s hard to imagine Mick being so ruthless, but then again if Wood holds back Stones business, it’s actually not hard to imagine at all. Mick is a corporation now, void of human emotion when it comes to the band.

If anything, the Stones need Wood now more than ever. Who else is going to give them back their quintessential bad boy image?