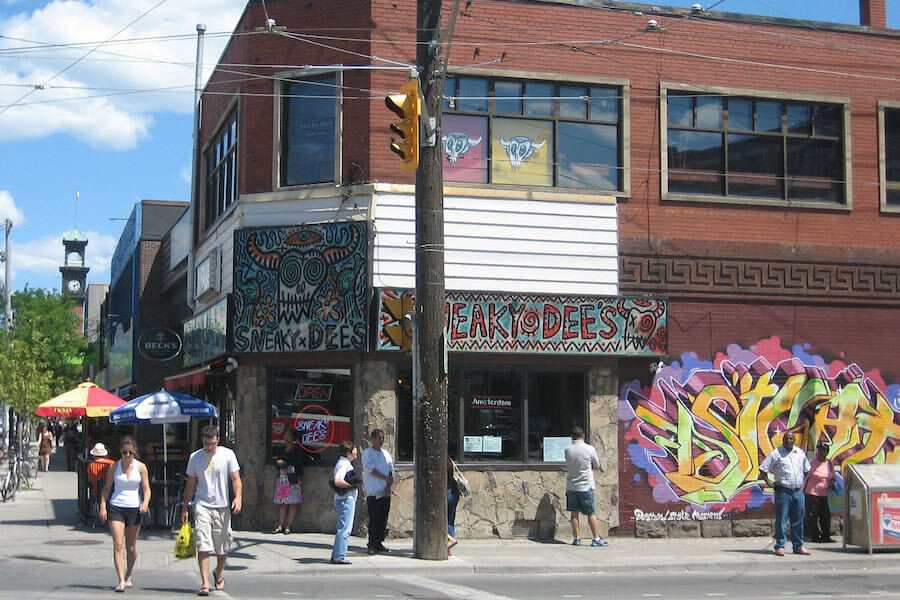 Sneaky Dee’s is the latest restaurant and live music venue that could be torn down to make way for a condo development.

An unknown developer submitted an application to the city on September 4 that proposes turning 419, 421, 423, 429 and 431 College into a 13-storey mixed-use building with commercial space at street level.

The proposed building would have a total of 169 residential units and 13,009.1 square metres of combined residential and non-residential space.

When word of the application hit social media on Sunday, patrons of the bar started the Facebook group Stop The Sneaky Dee’s Development and launched petitions on Change.org opposing a new development.

University-Rosedale councillor Mike Layton told NOW in an interview that he’s not surprised by the application given the amount of redevelopment in the area. However, his office did not receive notice from the developer prior to the September 4 application.

“I don’t think there’s any rush on this application,” he said. “There’s a lot of opportunity for dialogue and to consider different ways of protecting the cultural aspects of the site.”

Late Friday before the long weekend a developer submitted an application that includes the site of iconic Sneaky Dee’s. Details to come. I’ve watched friends bands upstairs and eaten kings crown at brunch for as long as i can remember. We can’t lose institutions like these. https://t.co/mgUV3wbCXe

Layton says considerations for the site’s future should include affordable housing and the preservation of the music venue, as mid-size music venues are disappearing in Toronto.

He notes that at the nearby Spadina and College development at the location of the former Silver Dollar Room, the city negotiated with the developer to reconstruct a music venue that resembles the old Silver Dollar Room.

Another consideration, he says, is Sneaky Dee’s and the neighbouring addresses, which also includes the space that was most recently the nightclub Nest, falls within the Kensington Market Heritage Conservation District study.

A staff report will be presented to council this fall and its recommendations could have implications for the proposed development.

NOW has reached out to Sneaky Dee’s manager for further comment.