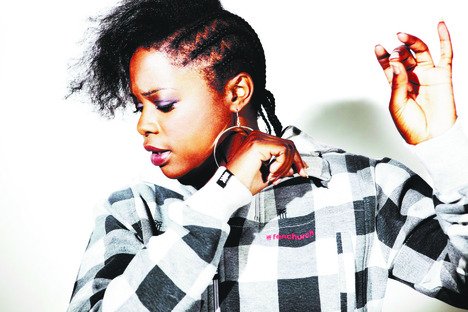 The diminutive 26-year-old London rapper met with an immediate backlash from the British press. Many took swipes based on the album’s dismal sales – roughly 10,000 after the win – and lack of a chart-charging single.

But Debelle, aka Corynne Elliot, claims much of the negativity was due to unfair comparisons to previous winners Elbow, whose winning entry moved 300,000 units.

“It was their fourth album, and they’ve been touring for 10 years,” she says from London. “It was my first, and it came out a month after I quit my day job. I was doing [music] professionally for two months before the nomination.”

Still, the limp numbers were enough to make Debelle re-examine the services of her label, Big Dada, a smaller division of indie heavyweights Ninja Tune. After publicly complaining about the label’s failure to get enough copies into stores to meet demand, she unceremoniously sacked them.

“I don’t really know what I’m going to do label-wise. I’m just concentrating on the music,” says Debelle, who also recently pink-slipped her manager.

Her follow-up, she says, could conceivably come out this spring, and will be more uplifting than Therapy’s self-reflective, moody hip-hop jams, which detail her struggles with family, relationships and life direction.

“A lot of the subject matter on the first album I just don’t think about any more,” she says. “This one is happier because I’m much more content. I spend most of my time travelling the world, so I don’t have much to complain about.”

As for improving records sales and getting more BBC Radio 1 airplay, Debelle knows she’s not immune to the need for a solid single, especially in the UK, where singles can make or break you.

“It’s literally about three people who decide what gets played on daytime radio, and they only want a certain type of music. I do have to keep that in mind.”