Strumbellas side project takes up residency in struggling Parkdale bar 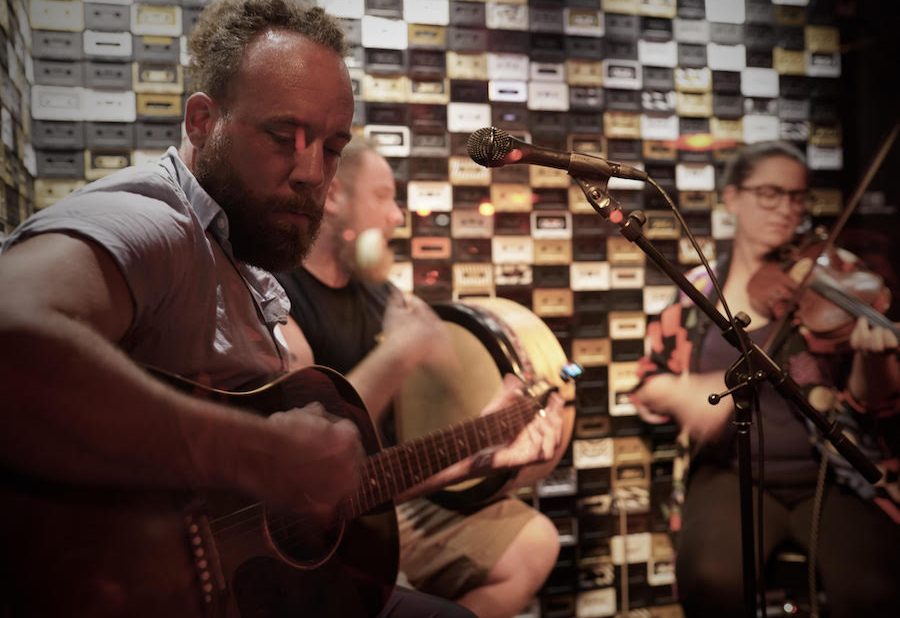 It can be difficult for a small music venue to create buzz in the best of times. With so many restrictions on indoor music, the owners of Parkdale’s Tonight Bar are getting creative.

Co-owner and operator Morgan Clamp has erected plexiglass around the indoor stage and installed a multi-camera system to broadcast indoor shows to a 65-inch monitor on the patio. At the same time, he’s mic’d the patio and pipes the outdoor crowd feed to a monitor above the stage so the artists can hear real-time reaction.

“It was a great solution to a problem and we knew instantly we’ll do this in perpetuity every summer,” he says. “Suddenly, our 30-person inside capacity venue becomes an above 50-person capacity venue with the back patio during the summer months. We’re really surprised by the effectiveness of it.”

This month, Tonight Bar is getting a signal boost from two members of the Juno-winning folk-pop group the Strumbellas.

With the band’s touring plans on hold during the pandemic, guitarist Jon Hembrey and violinist Izzy Ritchie formed the traditional Irish group Full Rigged Ship with percussionist Matt Marshall. Every other Friday into September, the trio will perform the songs they’ve been working on.

The gigs came about after Hembry visited the venue, which opened six months before COVID-19 sent Toronto into lockdown mode, and loved the cozy vibe and small stage decorated with cassette tapes. He asked Clamp if the Strumbellas could film a series of acoustic videos at the bar.

The deal worked well for Clamp, who needed to test out his equipment after months of closure. He and his partner and co-owner Lauren Bailey designed Tonight Bar to be a “micro” music venue, with a professional sound system that can accommodate bigger acts wanting to play stripped-down, intimate gigs – in addition to nightly indie comedy and music bookings.

“It looked great for the videos and it really reminded me of the smaller bars that we started out playing in New York City,” Hembrey tells NOW before Full Rigged Ship’s third residency gig at the bar, which is on Queen just east of Roncesvalles. “I thought of the Rockwood Music Hall when I saw it.”

Tonight Bar broadcasts indoor shows for patrons on the patio.

The Strumbellas spend a lot of time on the road playing shows. That ended overnight, leaving Hembrey with a lot of free time. He always wanted to learn Celtic guitar style, and began working on material in the studio space he shares with Ritchie.

“She knew some of the songs too and said, ‘Why don’t we jam?” he says. “It was surprising – after we played our first show two weeks ago it really dawned on me how much I missed playing live. The morning after, I just felt so happy. I was on cloud nine. It’s a little something to fill that void or fill that need.”

It’s also music that’s highly conducive to beer drinking. He approached Clamp about doing the residency, which will run into September – perhaps longer depending on the Strumbellas’ fall plans. (“We don’t have anything to announce,” Hembrey says. “We’re all just sitting tight a little bit.”)

“It’s good drinking music and we definitely need that right now,” he says. “People coming back to drink water is not going to help us get through this.”

Clamp is currently the sole staff member at Tonight Bar. He works the soundboard and serves drinks.

Rent subsidies and small business grants have kept the venue alive to this point.

“More money has left our pockets, but the subsidies have taken us a great portion of the way to at least carry this place,” he says. “It was definitely difficult to come up with the remainder having spent more than our life savings plus loans on getting this place started before the pandemic hit. But here we are and it’s definitely worth fighting for. We’re motivated by a passion to get to the other side of this.”

Check out a video of the Strumbellas peforming Diane at Tonight Bar below: