With affordable recording spaces disappearing, Telephone Explosion Records is offering up Studio Z on a name-your-price basis – just bring your own engineer 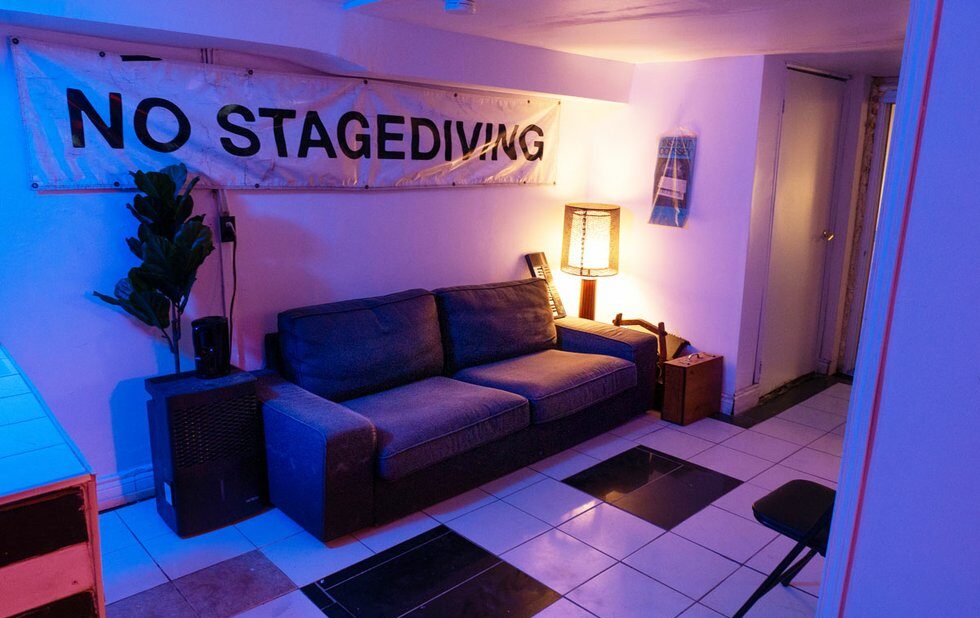 When Jon Schouten and Steve Sidoli, co-founders of local record label Telephone Explosion, were searching for a headquarters, their interest was piqued by a Craigslist ad with only two words: “Music OK.”

This mysteriously succinct post led them to the discovery of a former after-hours venue on St. Clair West. Built by the owners of the Trade Winds reggae label, it provided a haven for the Jamaican music community nearly 30 years ago.

Schouten and Sidoli saw that the basement was still equipped with a tiled bar, control room and soundproof recording area. Though they had already signed a lease for their label HQ in an unfinished basement on the Danforth, this pre-built sonic playground was too perfect to pass up. So they moved in on July 1, 2018, and named it Studio Z.

Now they’re offering the space as a pay-what-you-can resource for anyone in need of an affordable place to record.

“We have lots of classic gear and some really amazing old synths,” says Sidoli. “The live room is small, but we’ve had some fairly loud bands cut records live, and the results were surprisingly amazing.”

Artists who have used the studio include local folk hero Jennifer Castle, NYC post-punk legends Fist Of Facts and the label bosses’ own band Teenanger. Most recently, electronic pop experimentalist Scott Hardware became one of the first musicians to record the majority of his upcoming album, Engel (out April 3 on Telephone Explosion) at Studio Z.

“I’m not sure how many years the space was vacant before we took it over, but it was pretty gnarly,” says Schouten with a laugh. “I believe a pipe burst and they tore out a lot of the damaged flooring. They just basically left it empty for years.

“We almost called the studio Bug Zone, if that helps paint a picture of what condition it was in.”

With a bit of elbow grease, coloured lights and hard-to-find equipment, the St. Clair space has been transformed into a subterranean musical clubhouse.

“More than anything, it’s got a ton of vibe and people feel really comfortable there,” Sidoli says.

Watching friends lose their studios as Toronto rent prices continue to soar, Telephone Explosion’s head honchos have realized that affordable recording spaces are becoming increasingly scarce. By providing theirs on a pwyc basis, they hope to open doors to many more artists in 2020.

As the label heads explain, availability of the space is the biggest condition for recording, as they currently use it as a personal studio, practice space and label warehouse for their vinyl releases. But when the studio is vacant, musicians are welcome to come use the space – you just need to bring your own engineer.