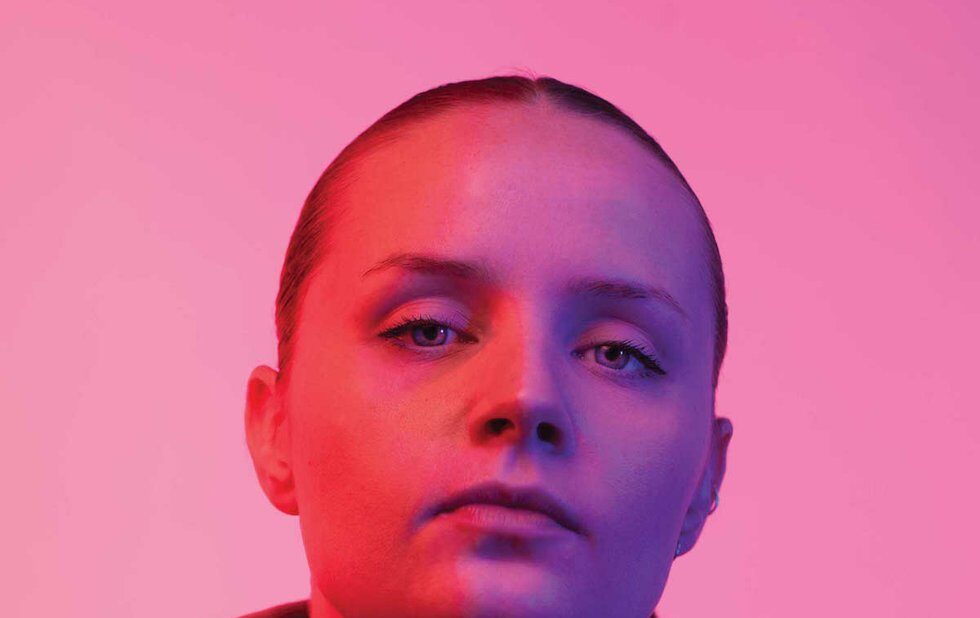 The latest emergent star among a group of young Toronto musicians to hit it big with soulful and heavily analog R&B, the recent NOW cover star’s sold-out nights at the Danforth Music Hall are among the most hyped of the month. Wilson has a low-key presence on stage, but her Stone Woman EP saw the singer/songwriter open up more in a series of songs about the end of a recent relationship. The two shows will be the hometown crowd’s first chance to hear the new material live.

Meg Remy’s art-pop project took a huge leap forward on this year’s fantastic NNNNN album In A Poem Unlimited, and the live show seems to be following suit. Where the T.O.-based singer/songwriter once played solo, she’s recently been touring with the sprawling and groovy band the Cosmic Range, making her subversive pop songs as danceable as they’ve ever been. Her album is filled with local luminaries like Basia Bulat, Jennifer Castle and Max Turnbull, so you can probably expect some cameos.

The local pop duo’s The Space Between Tour swings through town five months after their album of the same name dropped. Since then, single One I Want (featuring OVO Sound label mate PartyNextDoor) has been ubiquitous on local radio (now that local radio plays local music) and they probably have one of the slickest sounding and looking live shows of any Toronto act at the moment.

Tickets sold out in a heartbeat for the buzzy Brooklyn producer’s Velvet Underground engagement. It’s not hard to understand why: she takes the atmosphere of trap music and fuses it to extremely satisfying house beats and breathy raps. It probably didn’t hurt that she covered a Toronto pop anthem on her latest EP – Drake’s Passionfruit.

Born Ruffians have long outgrown their status as a young and hyped band and are now wily indie rock veterans. It has given them the freedom to experiment and do things their own way. And so, for the hometown release of their fifth album, Uncle, Duke & The Chief (a reunion of sorts of their original three-piece lineup), the band is forgoing one huge show and is instead playing five smaller ones at Lee’s Palace. Openers include Aron D’Alesio, Brave Shores, Bossie, Fleece and karaoke hosted by Nirvanna The Band The Show.

The Ooz, UK singer Archy Marshall’s second album as King Krule, came out last year and helped solidify his cult following among sludgy and dubby jazz fans on this side of the pond. It also helps that he tends to give thoughtful interviews – the most recent of which he conducted whilst inebriated – and his live sets can be as digressive as his interviews. If you missed his Danforth set last October, he’s back this month at a bigger venue.

Garage rock’s golden boy is touring on the back of Freedom’s Goblin, a sprawling double album that shows what you can still do a with a guitar and some drums. It’s fun as hell, and this show is bound to be, too. Could be your only chance of 2018 to hear Hot Chocolate’s Every 1’s A Winner live.

The Toronto band has been circling the rock scene for a few years now and finally have their debut album, Basic Behaviour, to show for it. It was worth the wait – a slow, searing testament to dynamics and control. Their first show since the album came out, this concert is sure to be a barnburner.

The latest local rapper to strike YouTube gold is Lil Berete whose Southside vibe has passed the 500,000 views mark and the follow-up Northside video, an homage to his Regent Park stomping grounds, is well on its way. His flows are melodic and sing-songy but his lyrics are firmly in the tradition of vérité street rap. He makes his hometown headlining debut at the Rivoli this month.

10. The Never-Ending Present: The Story Of Gord Downie And The Tragically Hip

The Tragically Hip have steadfastly resisted writing memoirs, but that didn’t stop veteran music scribe Michael Barclay from forging ahead with a thoroughly researched biography that has a big focus on the late Gord Downie. No one from the band accepted the author’s invitations to participate in (or fact-check) the book so it’s probably safe to say the surviving members will not be appearing at his launch. Barclay will be interviewed on stage by Lana Gay, rock veteran Ian Blurton will act as bandleader, and singers will be announced closer to the day.

We’re big fans of rising Lisa Conway, who is headed to Berlin to participate in Red Bull’s Music Academy this fall. The avant-pop musician is as comfortable Casio soloing to skronky dance-pop as she is belting out a sombre ballads to minimal accompaniment. The rest of this bill isn’t too shabby either: fuzzed-out Dufferin Mall area folk singer James Irwin and wildly eclectic Casey MQ are opening.

Aussie producer Jordon Alexander’s sample-heavy lo-fi house is the catchiest party music around at the moment. His melodic sound, often cribbed from old disco and funk records, is not exactly revolutionary, but he nicely balances the dusty aesthetics of 2018 with those retro good-time vibes. His collab with Loods, Love Is Real, is being hyped as one of the summer’s big club anthems, though his live sets tend to veer in darker directions.

Cancer Bats’ 2008 album Hail Destroyer is rightly remembered as a landmark of T.O. hardcore, and they’re celebrating its 10-year anniversary with a pair of sold-out shows. Members of the band have recently been moonlighting with Julie & the Wrong Guys, but that collaboration with Julie Doiron has done nothing to soften them. If anything, it’s made her heavier.

Edmonton/Montreal duo Jessica Jalbert and Renny Wilson are bringing their Try -) tour to the Baby G, and it’ll feel a lot like that emoticon in their album title. Their songs are breezy little psych pop throwbacks that feel simultaneously playful and sincere, like they’re winking at you but also they kind of mean it. Don’t miss the excellent openers: Elle Barbara’s Black Space and Johnny de Courcy.

Canada’s tweest DJ is touring in support of his original soundtrack to the Nintendo Switch ode to break culture, Floor Kids. His variety show is the only DJ show you’ll ever see with its own arcade, plush onesies, games and prizes. Get ready to warm your little heart.