Tyler, The Creator teams with Vince Staples, D-Beatstro says goodbye and the 80s reunion tour we didn't know we were waiting for – these are the shows NOW critics are looking forward to this month 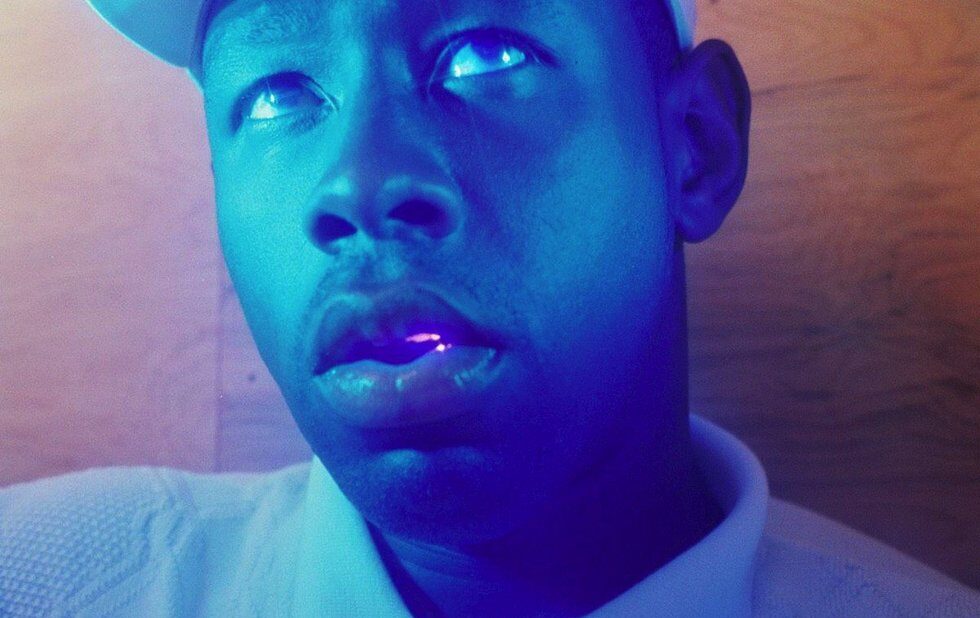 West Coast rapper Tyler, The Creator has been gradually filtering off-putting nihilism and violence from his lyrics, but hit a new level of music growth on Flower Boy, one of our favourite albums of 2017. It’s like a cross between New Amerykah Part Two: Return Of The Ankh and Channel Orange so it’ll be interesting to see how he translates the expansive and introspective material live for his mosh-prone devotees. Vince Staples, another boundary-pushing California rapper, co-headlines.

A wide and loose collective of young L.A. rappers, DJs and artists (or, if you want to use their preferred branding: a boy band) Brockhampton is the shot of pure, unadulterated energy the world craves every few years. After a huge 2017 that saw them release three albums (Saturation 1-3), they’ll ride through town on a cloud of charisma and answer your curiosity about whether they have the stuff to outlive the hype. Catch them before Coachella.

Wavelength has rebranded its annual anniversary festival, mostly as a way to differentiate it from its summer festival, Camp Wavelength. But the grassroots music series is leaning into the winter thing, consolidating the festival at a single venue (the Garrison), and cozifying it as much as possible. There’s even hot chocolate. No boldface headliners but a lot of local artists to watch, from OBUXUM to Omhouse to Joseph Shabason, and a vibe-strong lineup on all three nights. Also playing: DJ Brendan Canning, Odonis Odonis, Tough Age, Freak Heat Waves, Buke & Gase, Bossie and more. There are few sure things, but this is one of them.

She had an intense 2017 full of positive and negative energy and she’s harnessed it all for a fearless, confident live show that’s firing on all cylinders this year. Pimienta recently announced she’s pregnant and she’s also putting the finishing touches on her upcoming album Miss Colombia, so this might be the last chance you have to see her for awhile.

It doesn’t seem likely that the iconic performance artist and musician will appear in Toronto for the opening of her three-part installation The Riverbed at the Gardiner Museum this month. However, the Music Gallery has lined up three local artists – the Element Choir, Lillian Allen and Mamalia – to reinterpret her work and perform their own material.

The hometown R&B duo return for two nights as part of the tour in support of last year’s Morning After album. Based on early reviews, it seems like their live setup hasn’t changed much since the last time they played Rebel in 2016. Singer Daniel Daley is continuing to hold down the stage alongside three backup singers while spotlight-averse producer Paul Jefferies (aka Nineteen85) hangs back at the soundboard with their OVO crew mates.

The closure of this Bloor West venue is going to leave a major hole in the city’s all-ages and punk scenes, but at least its going down with one final blowout. Catch local bands like Prom Nite, Stuck Out Here, Weak Hands, Runaway Brother and way more – there’s more than 20 acts crammed into these three nights. It’s pay-what-you-can and the money goes toward the debts that forced the venue’s premature closing. Your chance to support them while you can.

The DJ and producer should be a familiar name to veteran Toronto club heads. The Chicago-born, New York City-based house music spinner has played here for years, but hit a new level of artistry and exposure last year with the release of her debut full-length The Best Of Both Worlds. If you haven’t yet experienced her euphoric, jacking dance floor, now is your chance: she’s playing a seven-hour set at CODA as part of the club’s four-year anniversary festivities.

The glam goth rocker originally scheduled this show for last fall, but cancelled after a spectacular onstage mishap during his New York City concert. An hour into to the Beautiful People rocker’s set, a giant prop featuring two large guns tipped over and landed on him. This show will also be the first chance for Toronto fans of Alice Glass to catch the ex-Crystal Castles singer performing her new solo material for a hometown audience.

The local DIY punk, psych, noise and post-punk label is gearing up for a re-energized upcoming year and will be throwing a mini-festival to celebrate. The roster will come alive with performances by Whimm, Zones, Moon Eyed and Doom Tickler, plus future members Feel Alright and Don’t Bother and a special guest set from Montreal art-punks The Famines. The one-day festival also doubles as the launch of the label’s new podcast, which takes a brutally honest look at the challenges and glories of navigating the Canadian music industry.

The Toronto-based sci-fi soul singer’s new album The Secret Life Of Planets gives cosmic resonance to very personal and family-based songs. The planets didn’t quite align for her to throw her release show of the super-blue blood moon, but it’s the perfect eclipse soundtrack: both spacey and down-to-earth.

The reunion show we didn’t know we were waiting for. Best known for 80s hits Cruel Summer and Venus, the British pop trio’s original lineup has reformed and is touring for the first time. Why did the founding members never play live? Siobhan Fahey recently told Attitude magazine that part of the reason she quit in 1988 (to form Shakespears Sister) was to get away from sexism working with pop producers Stock Aitken Waterman. Toronto is one of only four stops on Bananarama’s North American itinerary.

This is a seriously strong metal bill. You’ve got Norwegian metal from Enslaved, trendy atmospheric black metal from Wolves In The Throne Room, Danish singer Myrkur and some melodic doom from Khemmis to top it off. Something heavy for everyone.

The reclusive rapper still hasn’t released his long-awaited debut album – producer Just Blaze has said it’s near-finished – but he hasn’t exactly been AWOL. Since dropping classic track Exhibit C in 2009, new songs have trickled out, he’s signed with Roc Nation and performed in Toronto a few times. During his 2014 show with Common at the Kool Haus he was still doing the “who here chokes their girlfriend” bit that embroiled him in controversy at the 2010 Manifesto festival. His last gig in town, a cameo at BADBADNOTGOOD’s Massey Hall show last fall, was more low-key.

Local electro-dancehall duo Bonjay are rousing themselves from a long hiatus and are gearing up for a big year. They’ll headline this delicious east end food and music series alongside atmospheric Hamilton crooner Blunt Chunks, Calgary classical exploder Foonyap and Bedroomer beatress Benedicte.