Legendary music venue the Concert Hall is reopening in June

The 100-year-old live music venue, housed in the old Masonic Temple building, will relaunch during the Toronto Jazz Festival and continue to operate year-round 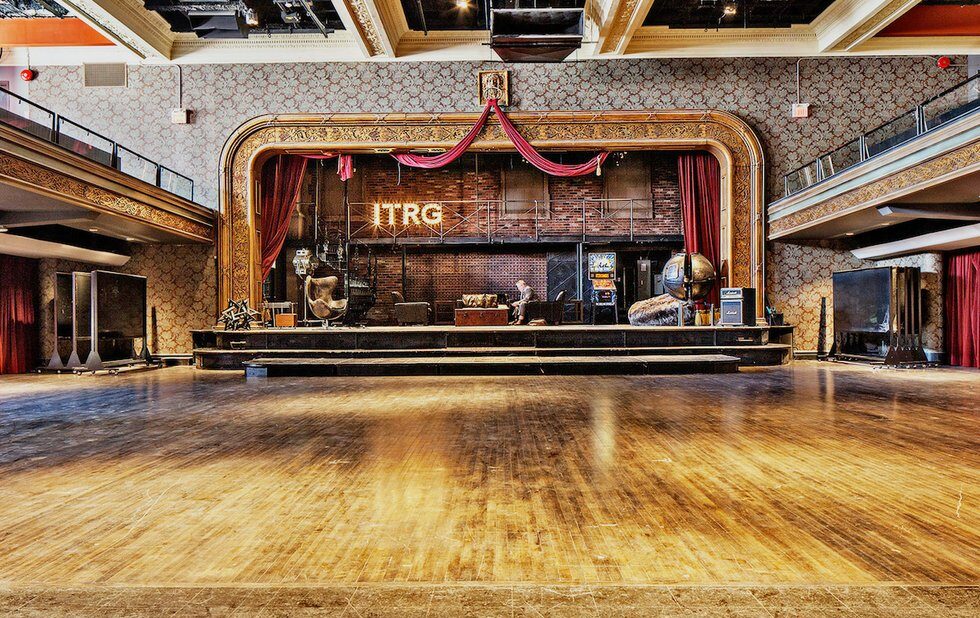 The 100-year-old venue, which is housed inside 888 Yonge St. – the Masonic Temple building at the corner of Yonge and Davenport – will continue to operate year-round after the June festival. Toronto Jazz Fest, which takes place from June 23-July 2, is also moving to Yorkville where it will host more than 100 free concerts on various stages.

Randy Bachman will mark the new beginning of the space on June 23 with a performance alongside Walter Trout and special guests. Tickets will be priced $19.17, a nod to the year the Concert Hall opened.

The Concert Hall hosted big-band orchestras in the 30s and 40s and Frank Sinatra’s private parties in the 50s. Its legend grew during the rock n’ roll explosion of the late 1960s when the space was known as the Rockpile. Led Zeppelin played their first Toronto show there in 1969 and it was a favoured rehearsal space for the Rolling Stones.

During the 80s and 90s, the 1,500-capacity Concert Hall became the place to catch popular new wave, hip-hop and alt-rock acts such as Iggy Pop, Big Daddy Kane, A Tribe Called Quest, Smashing Pumpkins, Nina Hagen, The Cure, Beastie Boys, KRS-One, The Tragically Hip, Rage Against The Machine and Sloan.

However, the space ceased holding public concerts after Bell Media bought the Masonic Temple in 1998. The media giant used the six-storey building as a studio for shows such as eTalk and Open Mike With Mike Bullard, as well as MTV Canada and events such as the Polaris Prize.

Bell put the building up for sale 2013 and it was purchased by London, Ontario-based IT firm Info-Tech Research Group for $12.5 million.

“We are excited to partner with the TD Toronto Jazz Festival and reintroduce this historic venue to a new generation of music lovers,” said William Russell, executive director of 888yonge Inc, the company that books events in the building.

The reopening is good news for promoters that have long complained Toronto is in need of more mid-sized concert halls. It’s also timely: the 2,752-seat Massey Hall is preparing to close in 2019 for up to 24 months as part of a $135-million renovation.

Ahead of Toronto Jazz Fest, indie music series Wavelength is organizing a preview show with Kurt Marble in the Concert Hall on May 27 as part of Doors Open Toronto.

“When we bought the building, our intent was to continue to use and share the Concert Hall space with the community,” Russell tells NOW. “We didn’t want it sitting empty, but we’ve not made an aggressive push into the event business until now.”

Since buying the former Masonic Temple, the company has made the space available for outside events such as fundraisers and a Led Zeppelin listening session organized by record label Warner and hosted by Jimmy Page.

Info-Tech founder Joel McLean is a music fan and a fan of heritage buildings (the company also owns heritage properties in London). So when Bell put the Masonic Temple up for sale around the same time he was looking to open a Toronto office, the building was a natural fit for the firm.

Its boardrooms are named after artists that have played in the space and the offices are decorated with music memorabilia. (Info-Tech also installed a two-and-a-half-storey slide.)

Following Jazz Fest, 888yonge will work with outside promoters to book touring bands, but also corporate events, weddings and banquets. Since news of the Concert Hall’s reopening, Russell has been receiving calls from the major promoters in town and has been learning about the live music business.

“We really want to embrace the building’s musical history,” he says.